Everyone knows who Zig and Zag are, don't they? A pair of beings from the planet Zog, who started their TV career in Ireland back in 1987, before making their way over to the UK to help out with presenting The Big Breakfast in 1992. Go and read the Wikipedia page if you've no idea what I'm on about.

Whether you know them or not, by 1994 they were popular enough to get their own comic, in the form of Zig and Zag's Zogozine. Presented here is the paranormal special ("More horrific than Gary Glitter!"), dated December. Weeeeeird! 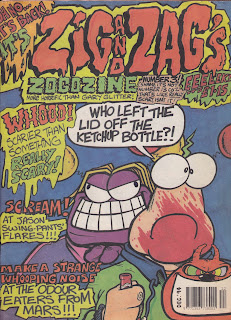 Join Zag (as Jason Swingpants) and Zig (as Cowboy Muriel Bowles) in the bizarre world of Department Z - Investigators into the Strange and Unknown. Throughout the comic, Department Z's investigations take in fortune telling, spontaneous human combustion, alien abductions, ghostly hauntings and an A-Z of the paranormal. It's a bit scary. 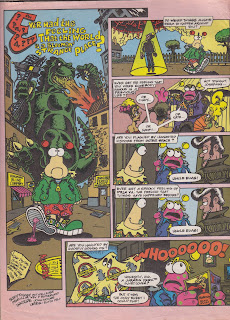 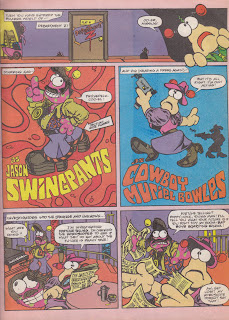 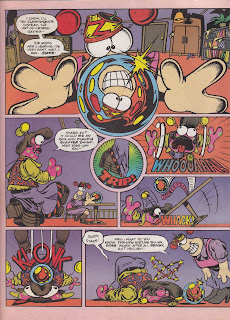 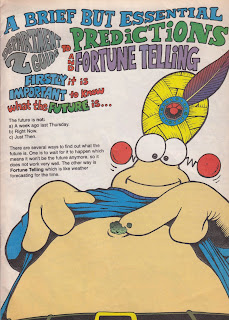 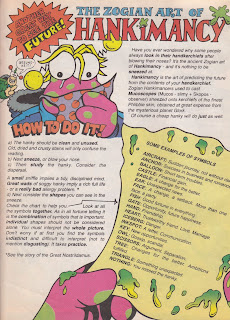 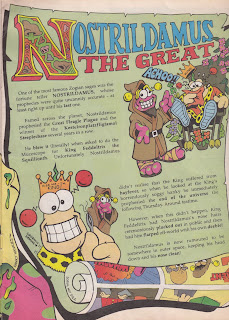 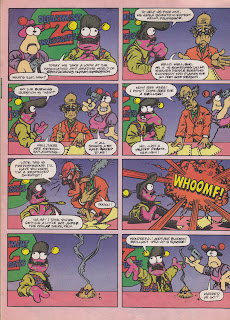 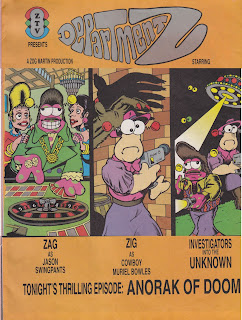 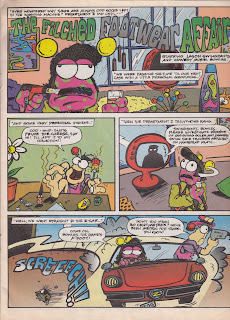 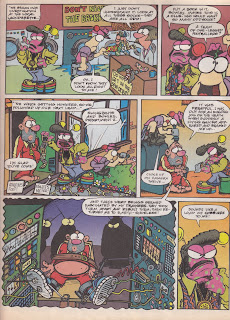 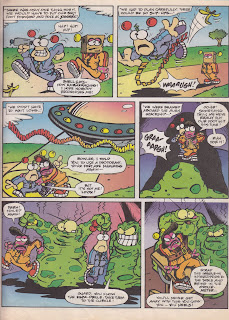 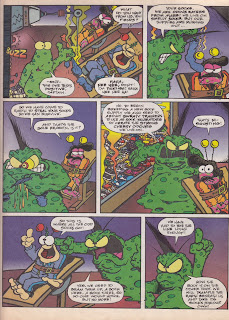 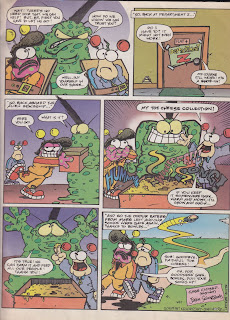 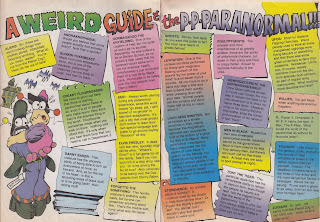 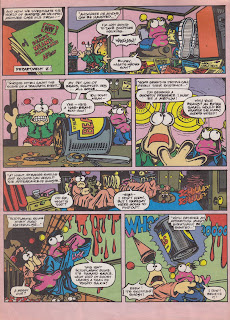 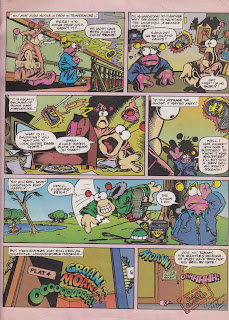 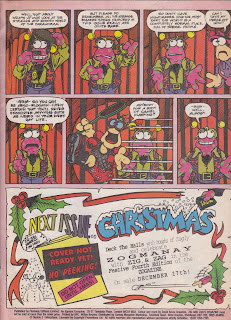