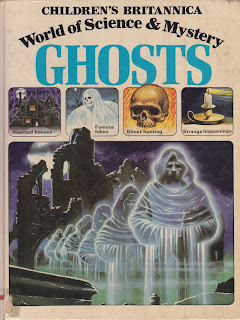 Ah, the Children's Britannica. Published just for schools in 1977, and designed to intrigue and terrify in equal measure. There's a lot of strange things out there in the world, and this series of books was there to tell you how to make sense of it all. In keeping with "the season", here's their guide to ghosts.

The book itself is possessed, just so you know. No matter what I did, the pages just wouldn't scan straight. Spoooooky! 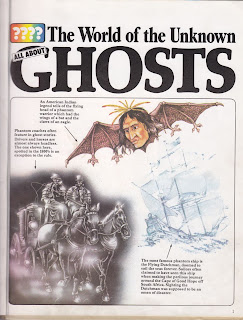 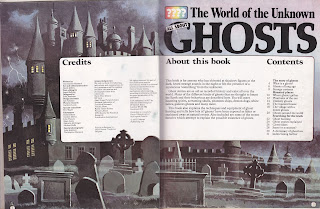 A lot of highly skilled illustrators worked on this book - there's all their names there. 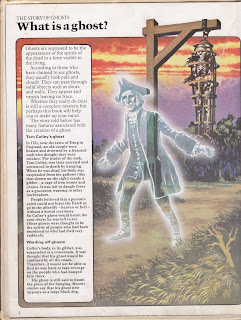 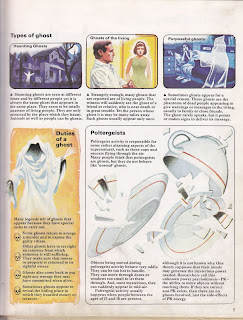 There we go - now we know what a ghost is, what different kinds of ghosts there are, and what a ghost's daily duties include. 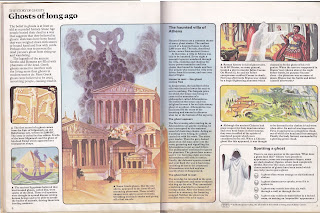 Seems the ghosts of ancient Greece were VASTLY superior to the "sheet-y" (pun) ones we have today. Big giant foul-smelling smoke monsters! Now that's how you haunt someone! There's a panel in the bottom-right corner there which will help you to tell if someone's a ghost, always useful. 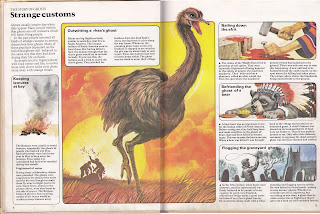 Fascinating stuff here, showing some of the ways people try to prevent ghosts from bothering them. Nailing blood to the floor is one method, whipping them is another. 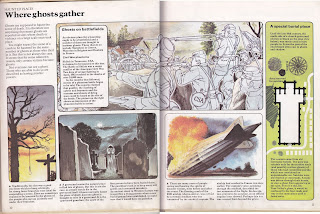 That "graveyard guardian" there scared me shitless as a nipper. It's fine walking past a graveyard at night and imagining a high-spirited ghoulish jamboree going on - but walking past one and seeing a lone hooded figure, just standing there... Nah, I'm not into that at all! 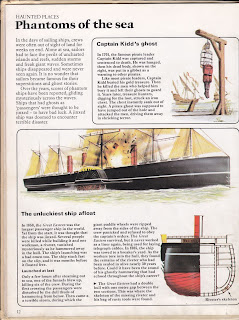 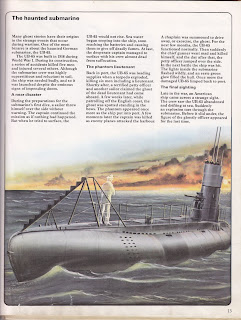 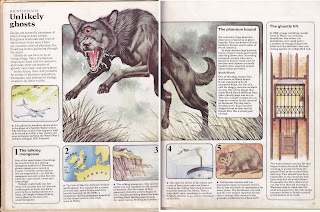 Here we have my first encounter with the story of Gef, the talking mongoose. One of my all-time favourite "strange tales", you can read more about it over at the Fortean Times. 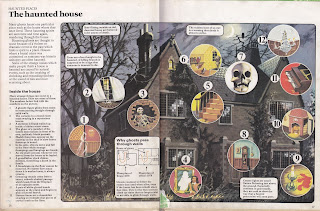 Love this page - a numbered guide to all the odd things you can expect to find in and around a haunted house. From screeching bats to sinister pianos to screaming skulls, who wouldn't want to live in a house like this? 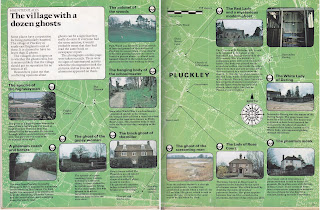 What if you were a teacher in a school in Pluckley? What if this book was standard issue to said school? This page would have your school trip schedule sorted for the whole year! They'd be some lucky kids, certainly. 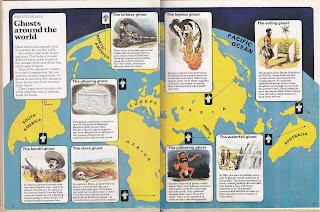 Lots of interesting-sounding ghosts here - particularly the Eating Ghosts and the Bauta. That's one ghost that lives in a rock and will eat your soul if your shadow goes near his house, and another that looks like a bearded midget, and who walks around at night beating people up. 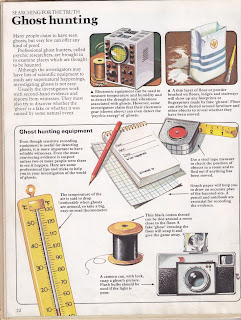 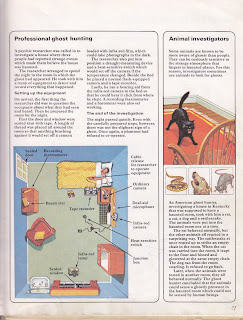 There you go, you too can be a Ghostbuster! You just need some stationery, a camera, some cotton, a thermometer, some flour, a barometer, an infra-red lamp, a junction box, a tape recorder, a cat, a dog, a rat and a rattlesnake. What are you waiting for? 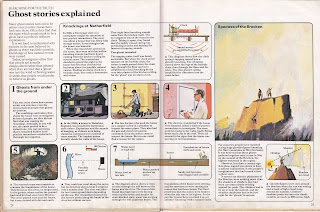 This is the page that reassures the wimpy kids, and ruins the fun for the imaginative kids. 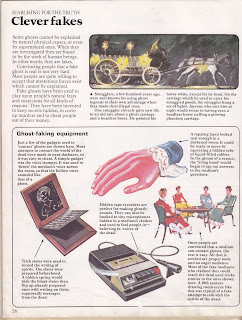 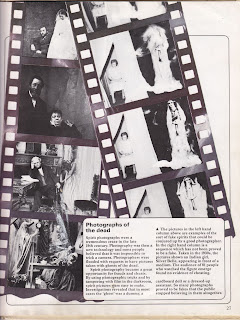 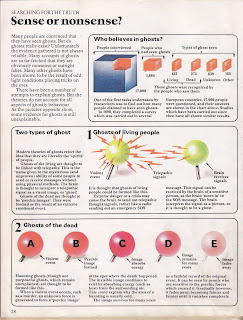 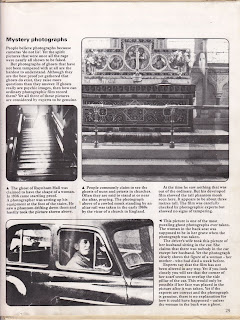 Some interesting stuff here, particularly the photograph in the top-right corner of the fourth page, which TO THIS DAY remains one of the most unsettling pictures I've ever seen. Just what the blue blazers IS that thing? Over three metres tall, dressed like a monk with a face like a melting skull. What if you woke up one night, turned the bedside lamp on, and saw THAT thing standing over you? I wish I was typing this in the daytime instead of the night-time - probably not going to sleep now (whoops). 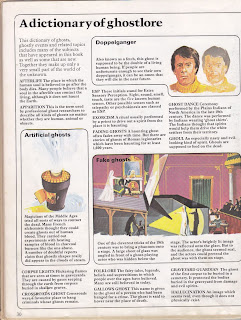 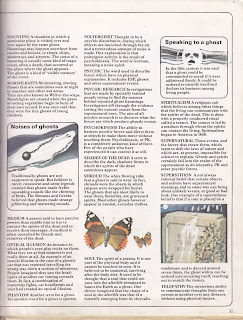 There we go, a glossary that skims over a load of stuff that isn't mentioned in the main body of the book - things like doppelgangers, exorcisms, the soul, ghouls, hallucinations, ESP, the afterlife, and so on and so forth. 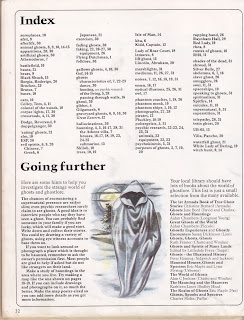 The fun continues on the index page! Besides the unsettling picture of a cowled ghost (of which this book's illustrators seem to have a disposition toward), there's an interesting-sounding map-making project. That would've been too much fun in ANY school - I'd make the kids do that if I was a teacher, even if it was July or March. Or December.