...and for cartoonists, satirists, anti-censorship campaigners and advocates of free speech everywhere. 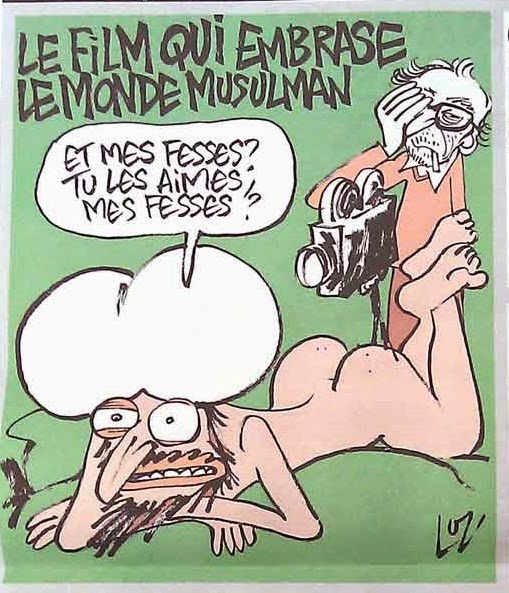 The film which enraged the Muslim world
"And my arse? Do you love my arse?" 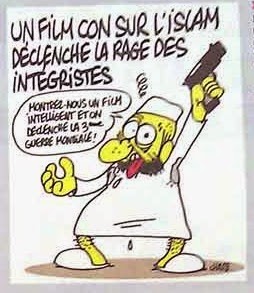 A film about Islam triggers the rage of fundamentalists
"Show us an intelligent film and declare the Third World War!" 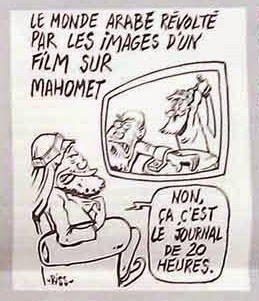 The Arab world is revolted by images of a film about Mohammed
"No, it's the Eight O'Clock News." 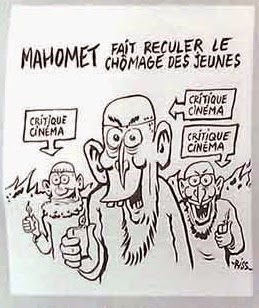 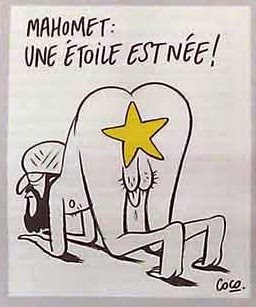 Mohammed: A star is born! 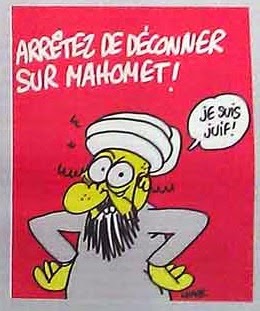 Stop messing about, Mohammed!
"I am Jewish!" 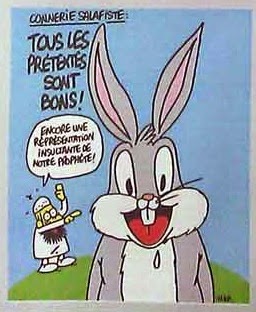 Salafi bullshit: All pretexts are good!
"Even insulting representations of our prophet!" Charb, Cabu, Honoré, Tignous and Georges Wolinski... RIP to them all. The French attitude towards humour, satire and saying whatever the fuck they want ought to be admired, celebrated and REPLICATED, and you can bet that today's cowardly events won't be changing that any time soon.