During the late 1980s, Tom Paterson did some amazing covers for Buster, often depicting chaotic, ridiculous or downright strange things befalling the poor lad. As it's October and I'm feeling slightly restricted in that sense (but not in a bad way!), here's some of the "ghost/monster"-themed covers that were done over the issues... 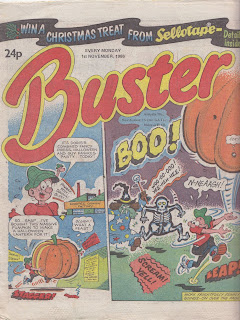 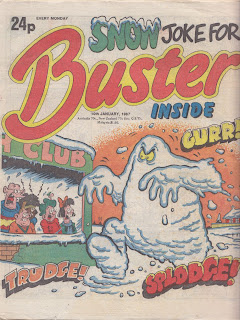 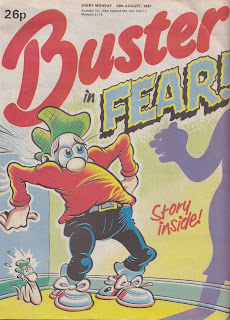 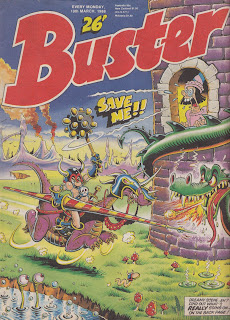 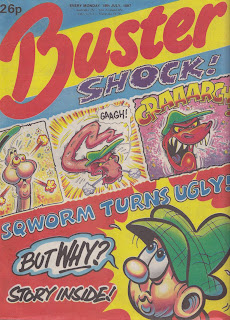 Oh look - the date on this one's the same as my 2nd birthday. This one might not be Paterson's, but it's good all the same. 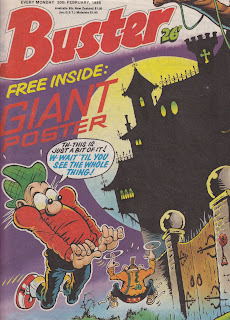 Unfortunately I don't have the "whole thing" - never even seen it! 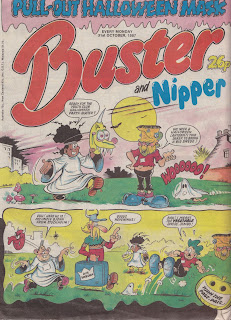 But I do have the mask that was inside this one! 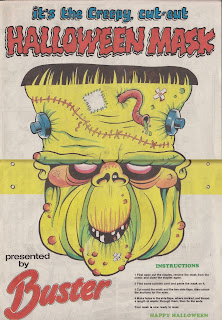 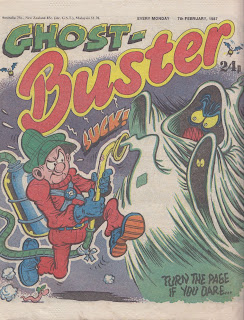 My absolute favourite - probably one of the greatest comic covers of all time. Playing on the comic's title too, nice trick! Actually, this one's SO good, that I'm posting the story that goes with it too. It's a good'un: 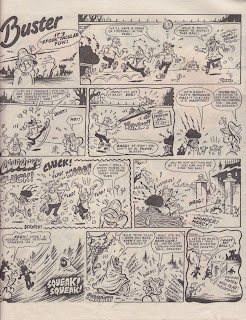 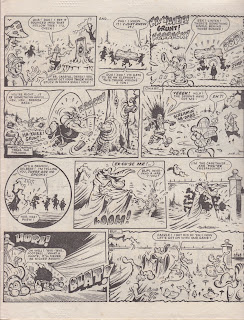