The Raven, as interpreted by Gahan Wilson

Since 1992, around the time I first saw The Simpsons' version of Edgar Allen Poe's The Raven (YouTube only has the sound from it, but it's worth it to hear James Earl Jones's narration and the amazing score by Alf Clausen), there's always been a sort-of association between the poem and this particular time of year. A few months after first seeing said episode (you know, 25th December), I was given this book: 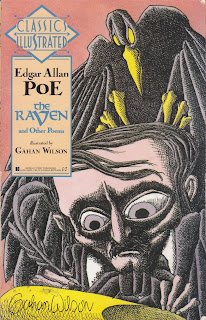 The Classics Illustrated Edgar Allen Poe collection, illustrated by America's greatest living cartoonist, Gahan Wilson. His sinister etchings are a perfect match for such a poem, making it the SECOND best interpretation of The Raven that I've encountered. Look at it? 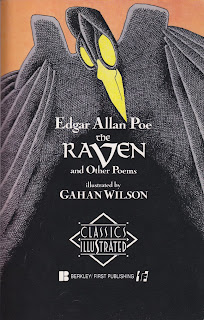 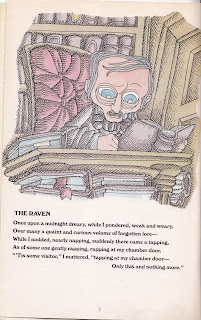 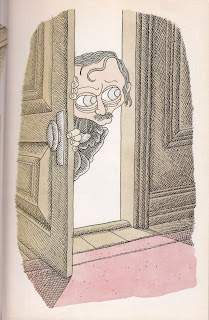 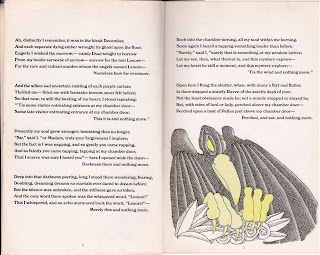 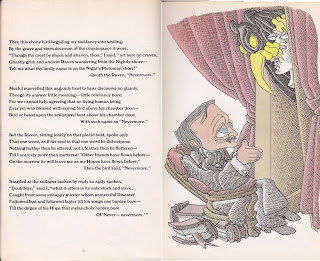 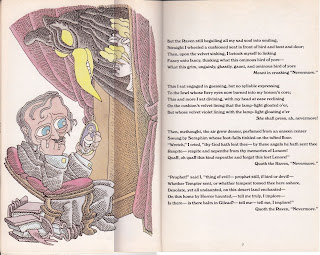 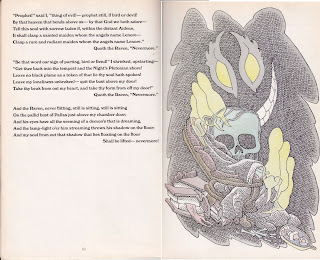 It's also, instantly and obviously, a billion times better than the Tiny Toons Adventures version!
Posted by TwoHeadedBoy at 10/11/2012 12:21:00 pm