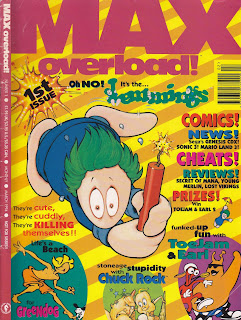 So what's next from Max Overload!? Why, it's something about that smashing caveman-romp of a game, Chuck Rock! Written by Cefn Ridout (editor of Doctor Who Magazine back in the 1980s) and scribbled by David Lyttleton who's done mad stuff for loads of different publications - most notably Red Dwarf Smegazine, Fortean Times, NME, The Guardian, Punch, The Independent, etc. The story here seems like it takes place sometime between (or during) Chuck Rock II: Son of Chuck and BC Racers. Enjoy! 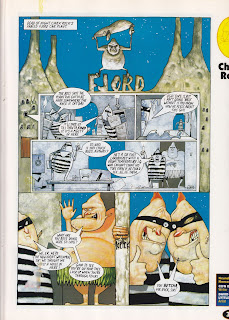 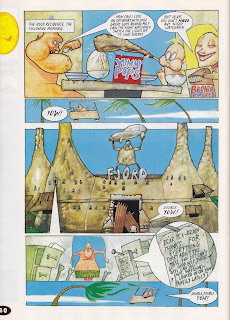 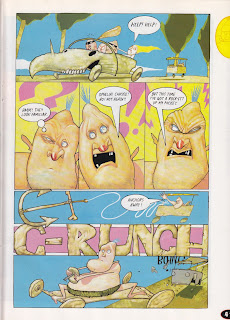 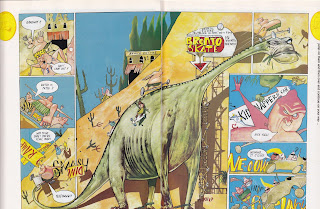 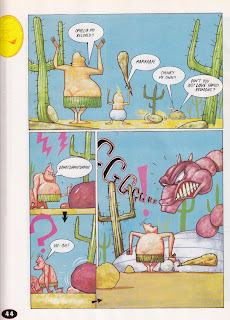 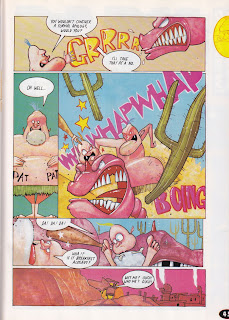 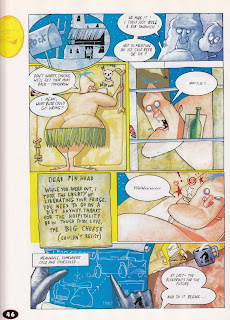 I'm getting good at this double-page scanning lark, methinks. Which is good. Notice something about this strip? Besides how good the teeth and gums are drawn? It doesn't look as flat as Lyttleton's usual stuff. Just an observation.