Freddy the Fearless Fly - as you've (maybe) never seen him before!

Apologies for the lack of blah blah blah, I've been tired/busy/sick/apathetic blah blah blah. Here's something fun while I'm getting the next "big" thing ready - it's the Dandy's "classic" character, Freddy the Fearless Fly, re-jigged by you-know-who: 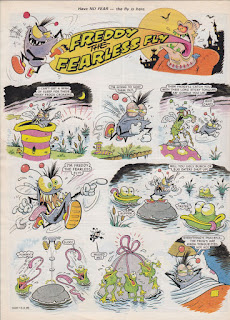 Notice the infamous sock that Freddy lives in? 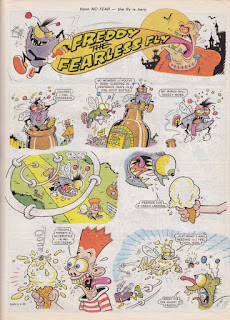 Also be noting the Dandy's usage of "desperate" as a substitute for "inebriated".

These are the only two of these I can find for now - but at least it's something. More fun stuff to blah blah blah future!