More from Brain Damage here, now - a round-up of Kevin Woodcock's numerous contributions over the issues. Kevin Woodcock as in the Leicester-based cartoonist, who did a ton of stuff for Private Eye, Punch, The Oldie, Knave, Fiesta and so on, right up until his death in 2007, at the age of 64. There's a lot of that sense of "not-quite-right" about his cartoons, certainly - disquieting surreality and all that. I'm trying to sound like an "art critic" here, and it's not working, but I like what I like and I like these a lot. 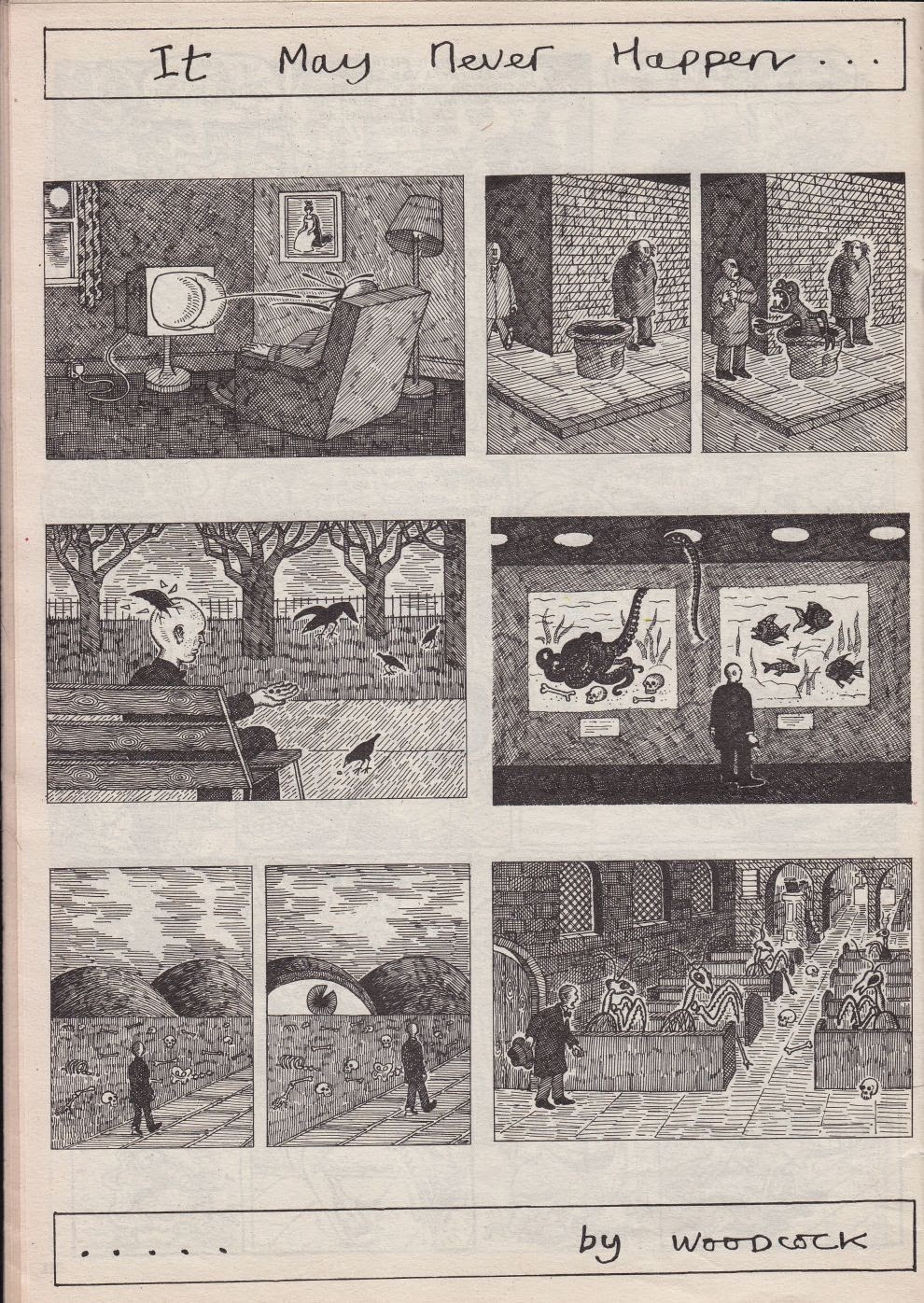 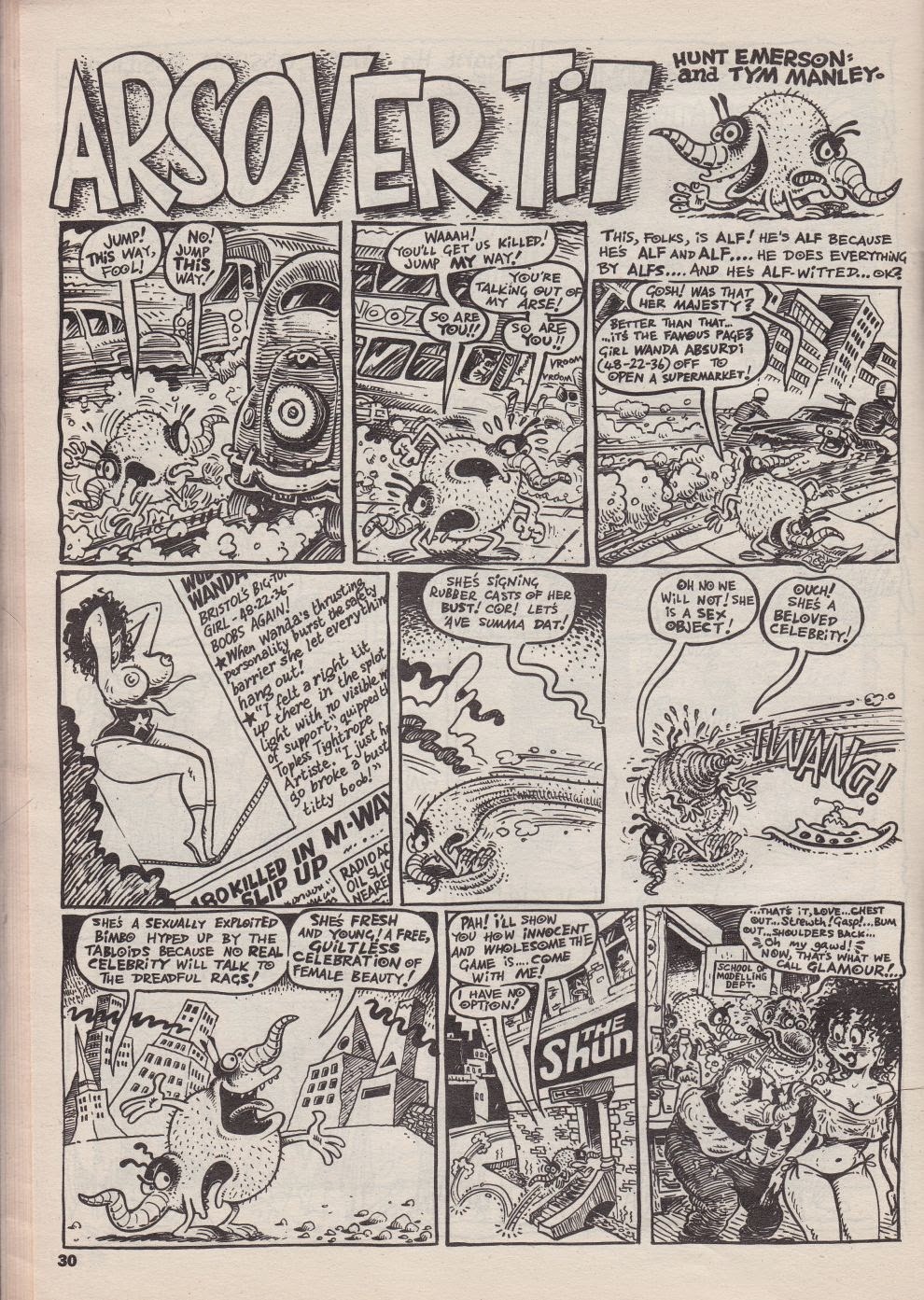 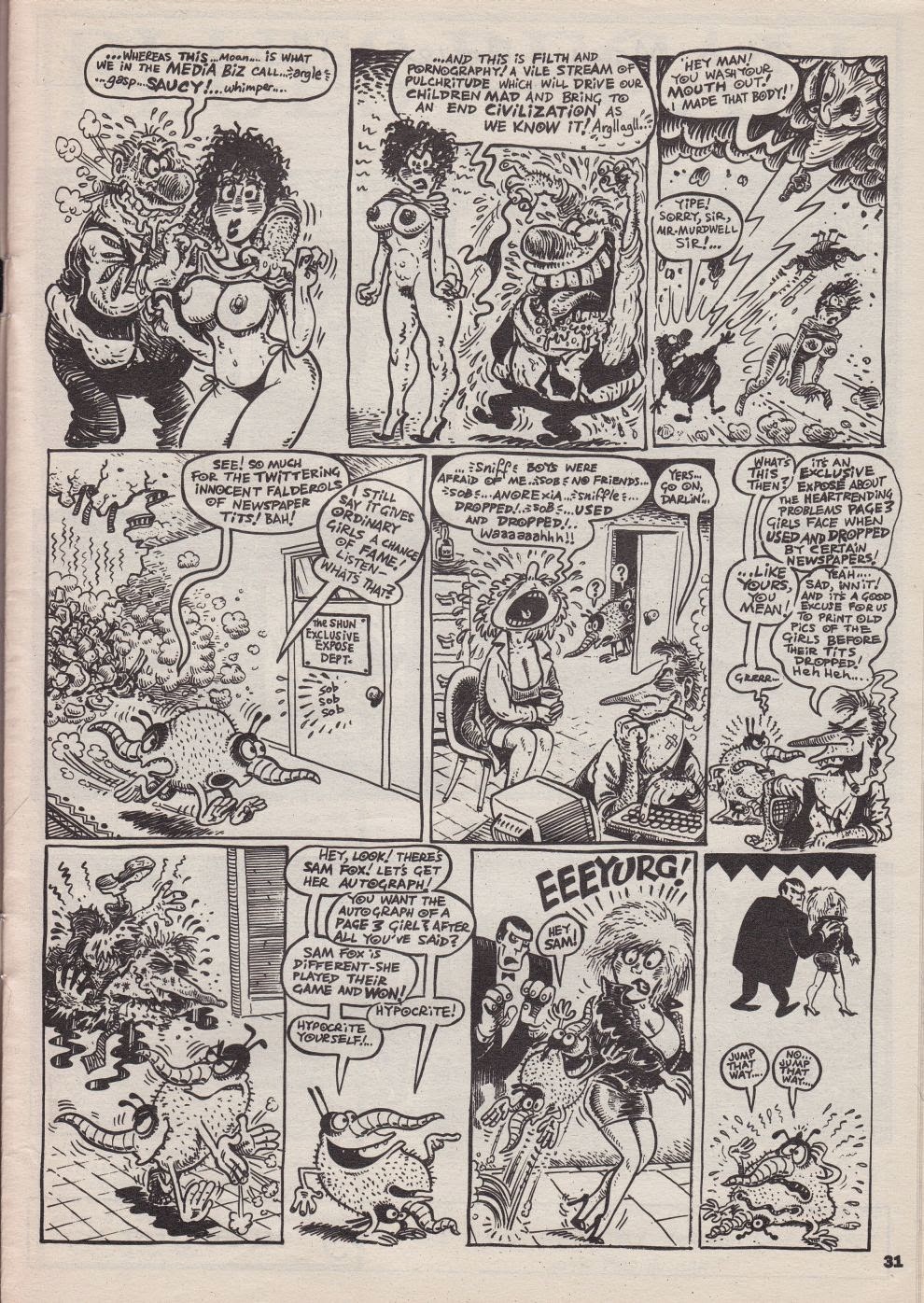 Here we go, the first of several "extra bits" for the big long bit about Brain Damage, this one focusing on several bits done by surrealist illustrator Borin Van Loon... 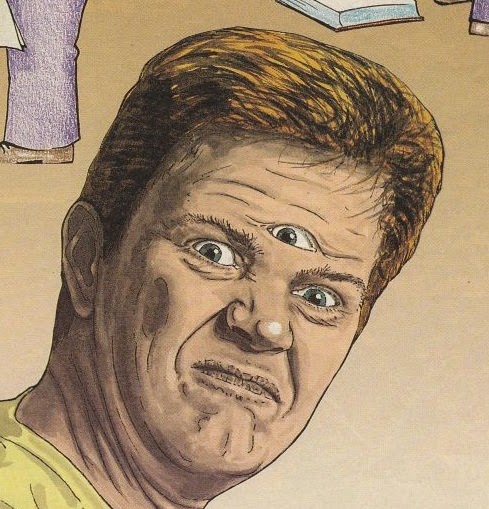 John was right! Brain Damage (part one, sort of)

This is the first of a seven-part (or eight or nine perhaps, maybe even ten) look at the various titles that Galaxy Publications put out between 1989 and 1992 (and several that spun-off from those titles). It's a bit of a complicated mess, and I'm not the tidiest of folk anyway, so expect things to get slightly jumbled here while I try and piece it all together... But it'll be worth it, really! Even the worst of Galaxy's output is about fifty times more entertaining than Smut ever was - and that's even with Galaxy being most well-known as the publishers of Fiesta. We're beginning, naturally, with the first of these in a chronological sense, and it's a good 'un. It's called Brain Damage. 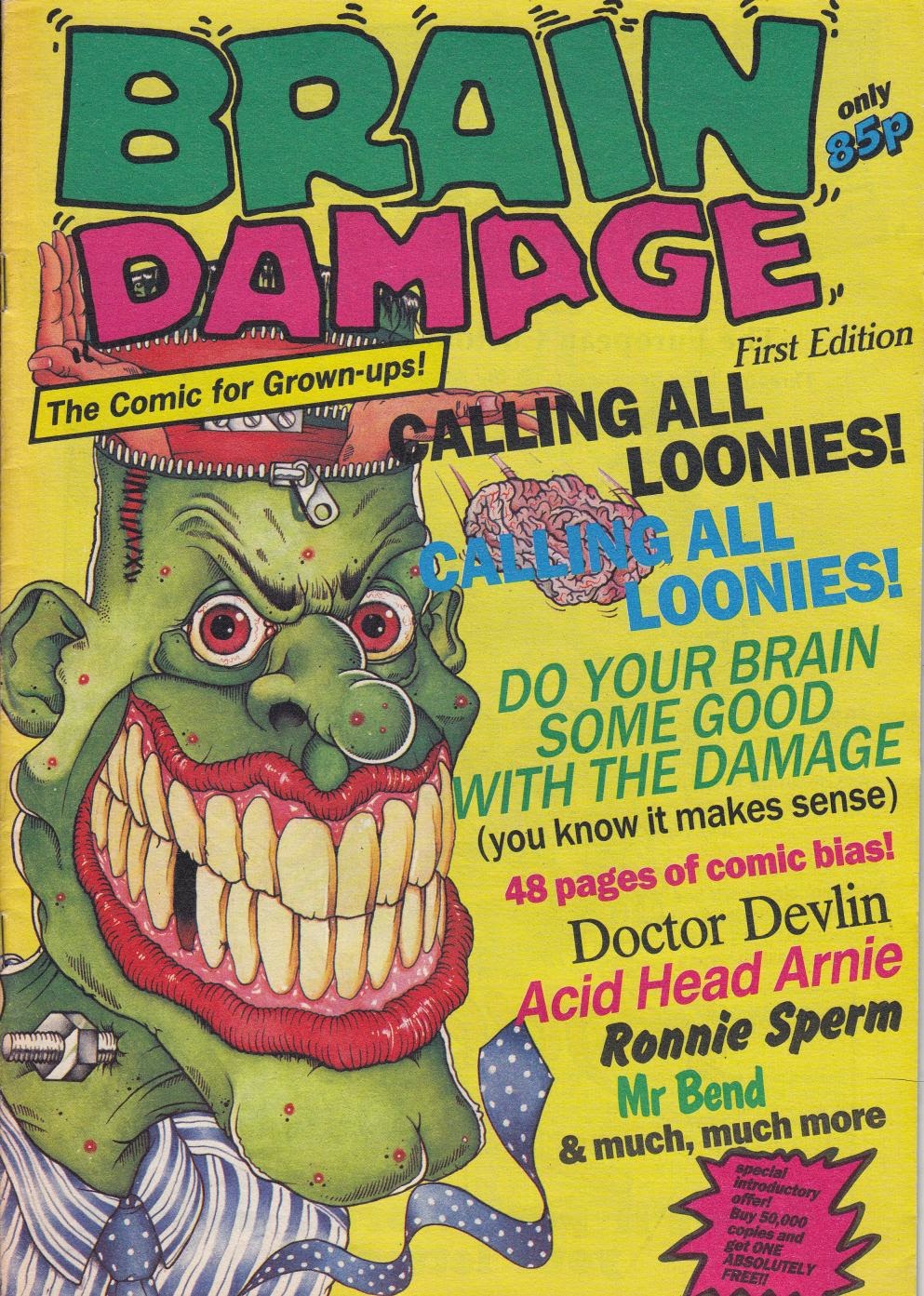 This is a bit of a long one this (almost a hundred images, apologies to those with slower Internet facilities), so it'd be a good idea to put the kettle on before carrying on.

Bob and the girls

Sincere apologies to all who care - I've been working on an article, I really have, but it's taking FOREVER. Just so folk don't think this place has been abandoned, here's a bit of something that that nice Adam Smith has just shared with us. Taken from the end papers of the 1973 Judy annual, it's a silent masterpiece from Bob Dewar - this could be a classic children's book, instead it's tucked away in obscurity. It shouldn't be that way! 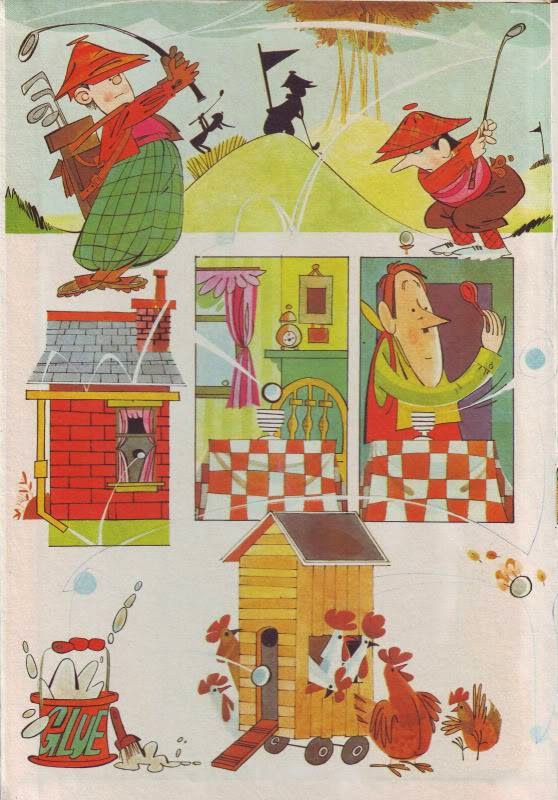 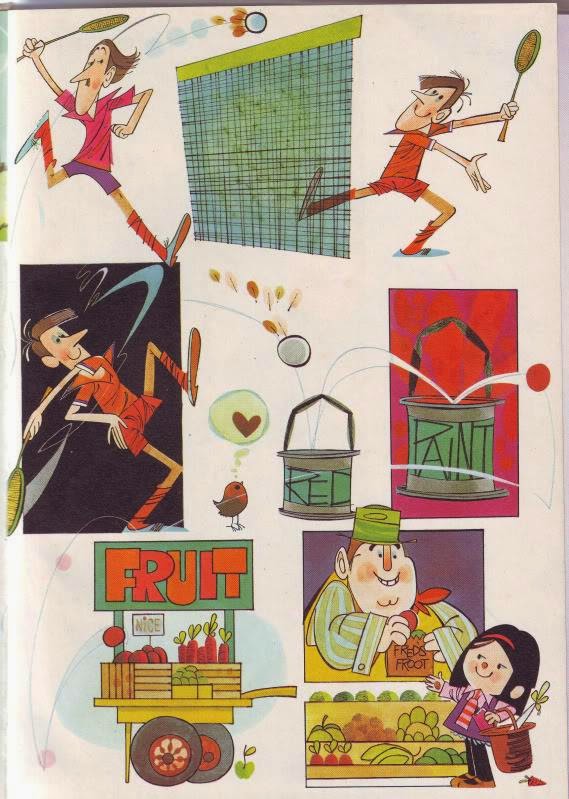 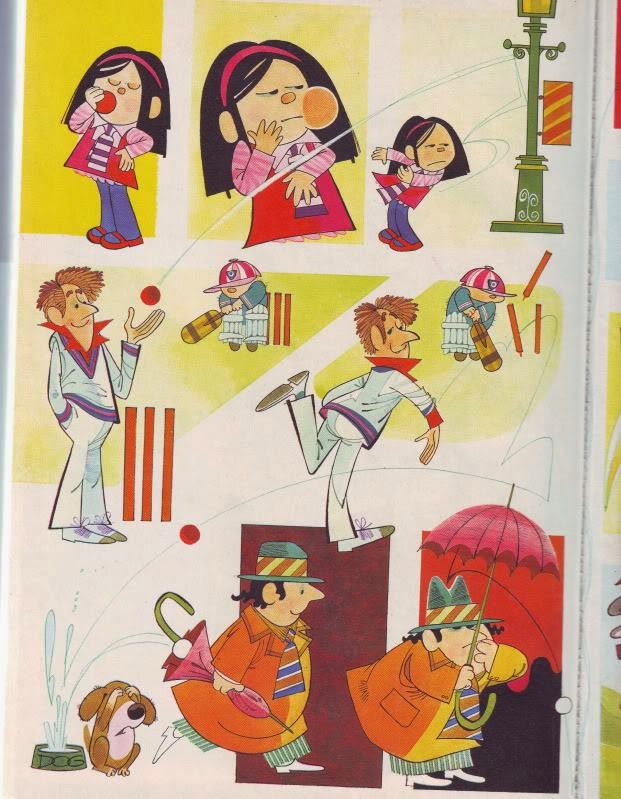 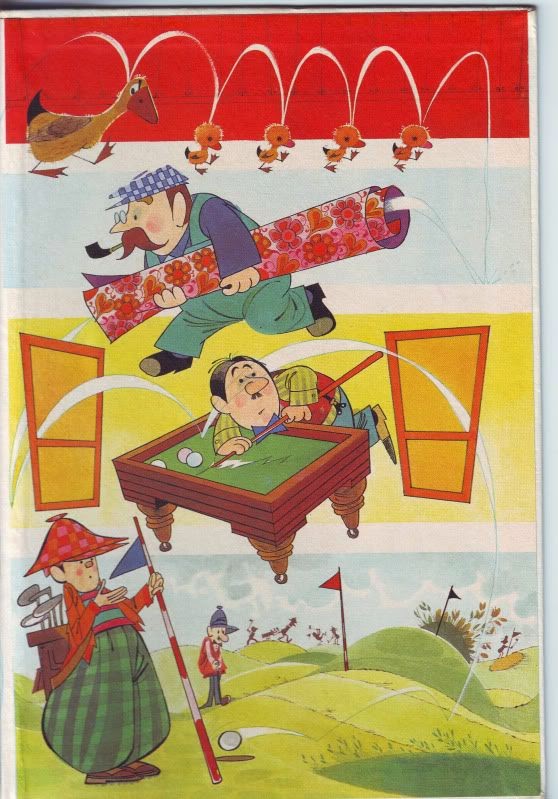 This remains the only reason I can find for investigating comics aimed at girls... Was Mr. Dewar hiding in the likes of Bunty and Misty as well? Who knows?