Here we go again, with a title that doesn't really stand out at all, in any way whatsoever... But I set out to cover ALL of these things, and ALL of them I shall! There's a fair few more of the atypical variety to go, but there's also several more "interesting" ones on the way too. For now, let's get Top Banana looked at, including its inspiringly literal covers... 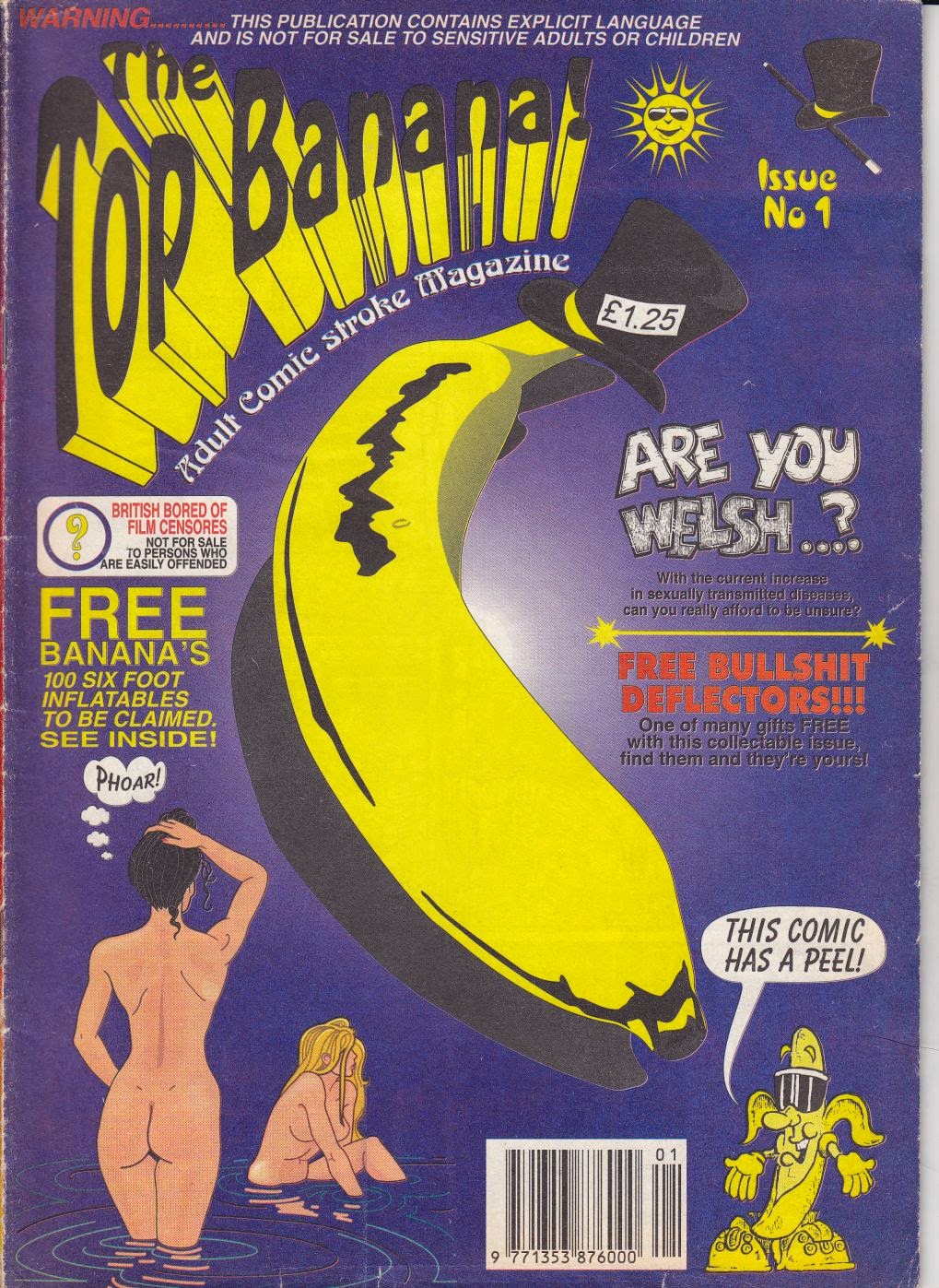 But why are the kids crying?

Utterly devastating, that's what it is. This year, we've already lost uncle Ramis, grandad Hoskins, auntie Townsend (and her family of Moles), and now our best mate, Rik. Speaking honestly, I can't think of a single performance of his that wasn't good. I'm crap at eulogies, but this really is one of those deaths that seems to be uniting everyone, and it's horrible, it really is.

Four Men in a Car 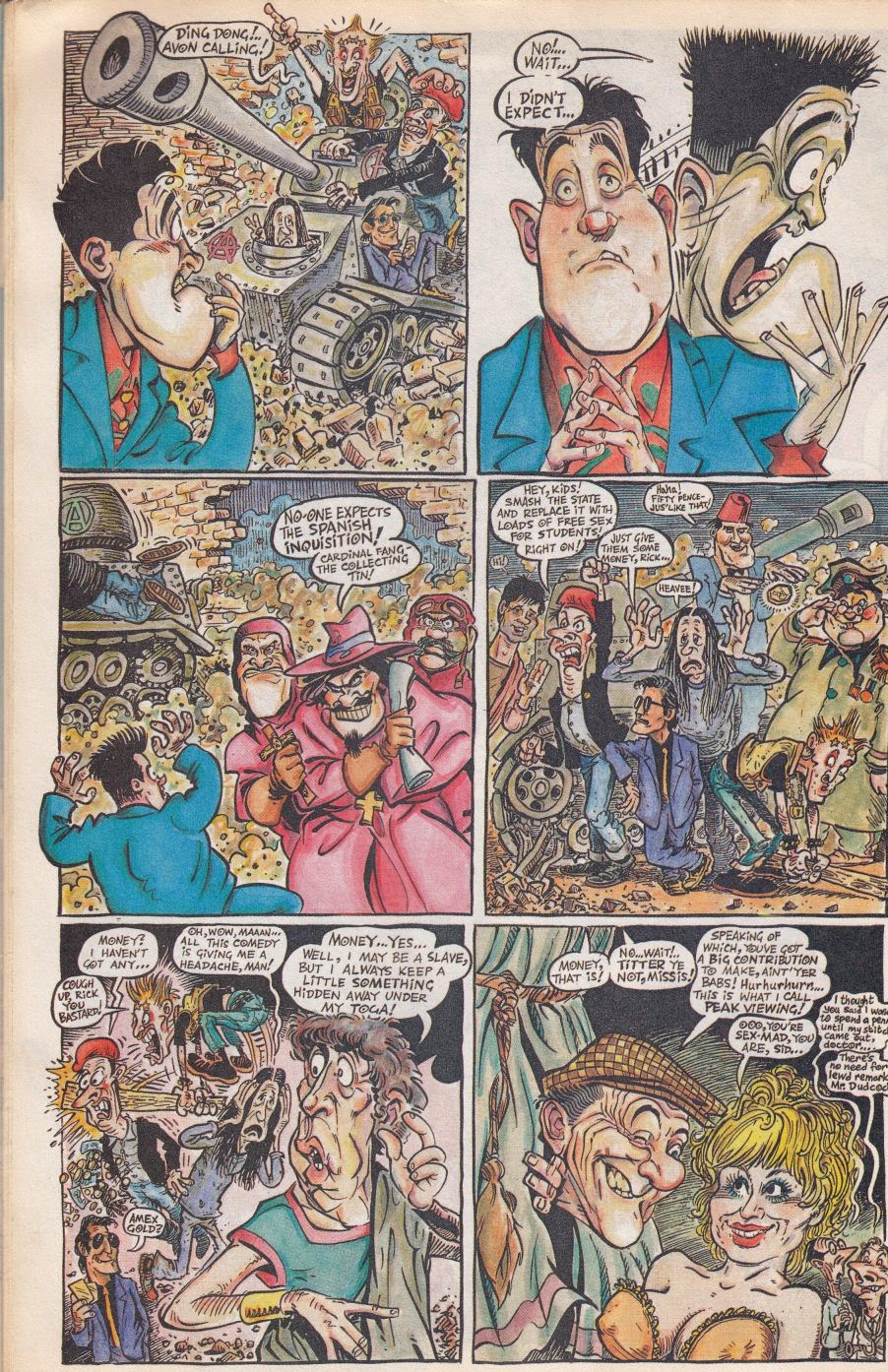 And then maybe this thing should be "number one" at the weekend or something?

In other news, dozens of other "comedians" are still alive and have several panel shows/advert voice-overs lined up over the next few months.
Posted by TwoHeadedBoy at 6/11/2014 02:42:00 am 4 comments:

Behind the Green Curtains

One of my favourite things about doing all these articles on the "rude comics" (besides re-reading them all and finding ones I've never heard of before) is when the people who actually made them pop up in the comments section, and share a bit about what it was like being a part of the whole thing. For example, take a look at what Rob Filth (or Rob Yuppies as he was then known) has to say about Ziggy and Spit, and while you're at the Spit bit, take in what Lee Turnock and Lew Stringer have to say about the whole thing as well.

Recently, Nigel Maughan popped up in the comments section too - click on his name in the side bit there, and you'll probably be taken to nearly every "rude comic" article I've done so far, as he worked on pretty much all of them (with a few exceptions - only Poot! and Lazy Frog come to mind immediately). Seriously, have a look at his CV, it goes on and on and on... Here's something of his in case it hasn't clicked yet who I'm on about: 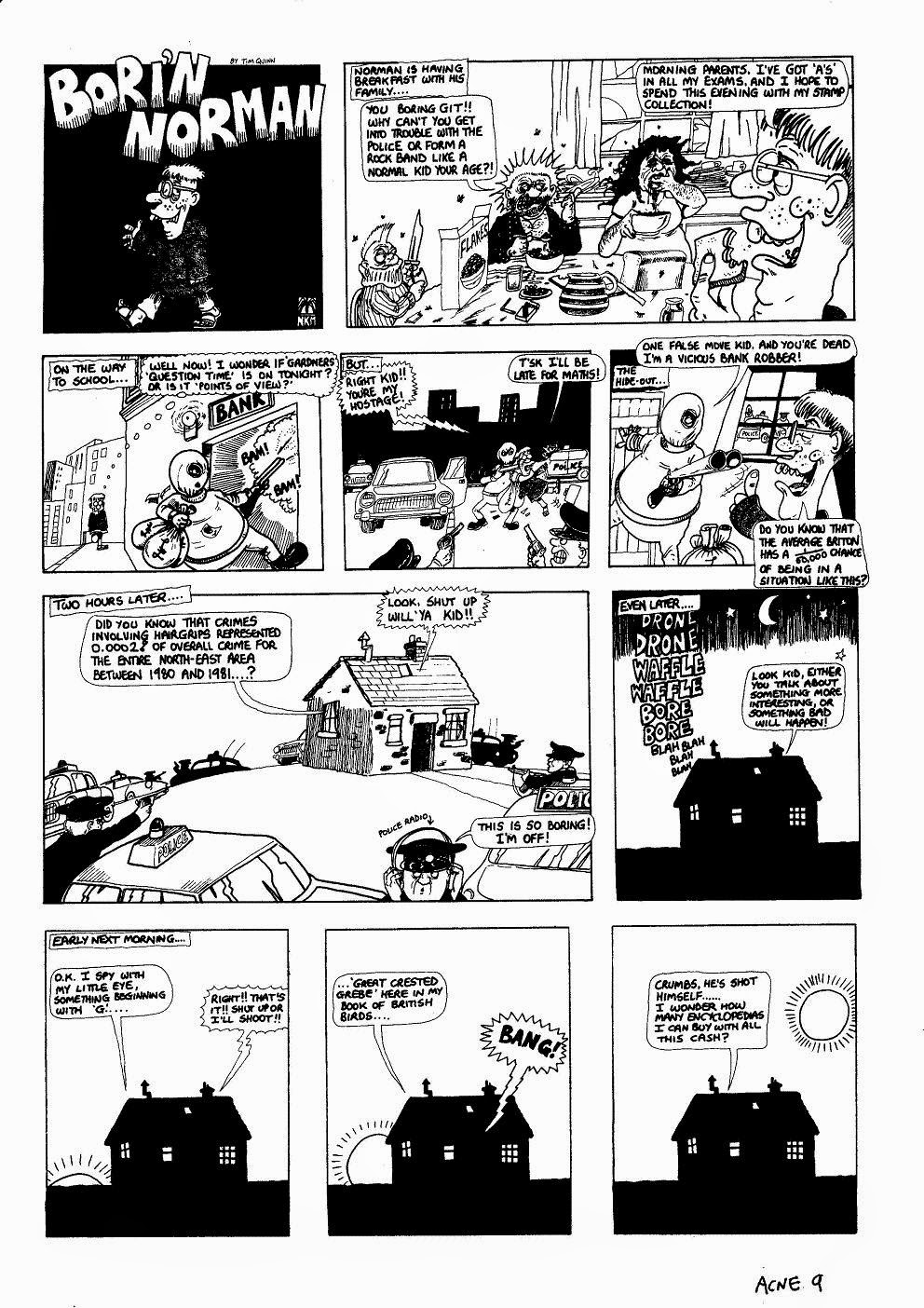 That's one of the first things I ever saw by him, by the way - in an issue of Acne, a long, long time ago.

At the risk of sounding like a disgusting sycophant, I'm going to say now that I was a bit excited when Nigel got in touch - he's my fourth-favourite living cartoonist, y'see. We got to talking, and what follows is my attempt at a thrown-together "interview" about the "scene" in general. I've never done anything like this before, so you'll just have to bear with it. Plenty of illustrations/comics throughout though, so don't worry.
Read more »
Posted by TwoHeadedBoy at 6/02/2014 05:06:00 pm 15 comments: