By now most comic readers are probably aware that Gordon Bell left this world on the 13th of February, aged 79. One of the hallmarks of being a "great" comic artist is your work being easily identifiable as uniquely yours, and Gordon's style was DEFINITELY a unique one. Tributes to him abound (for example, here, here, here, here, here and here), and here's another one - beginning with the first bit of Gordon's work that I ever saw, from the first Beano annual I ever got: 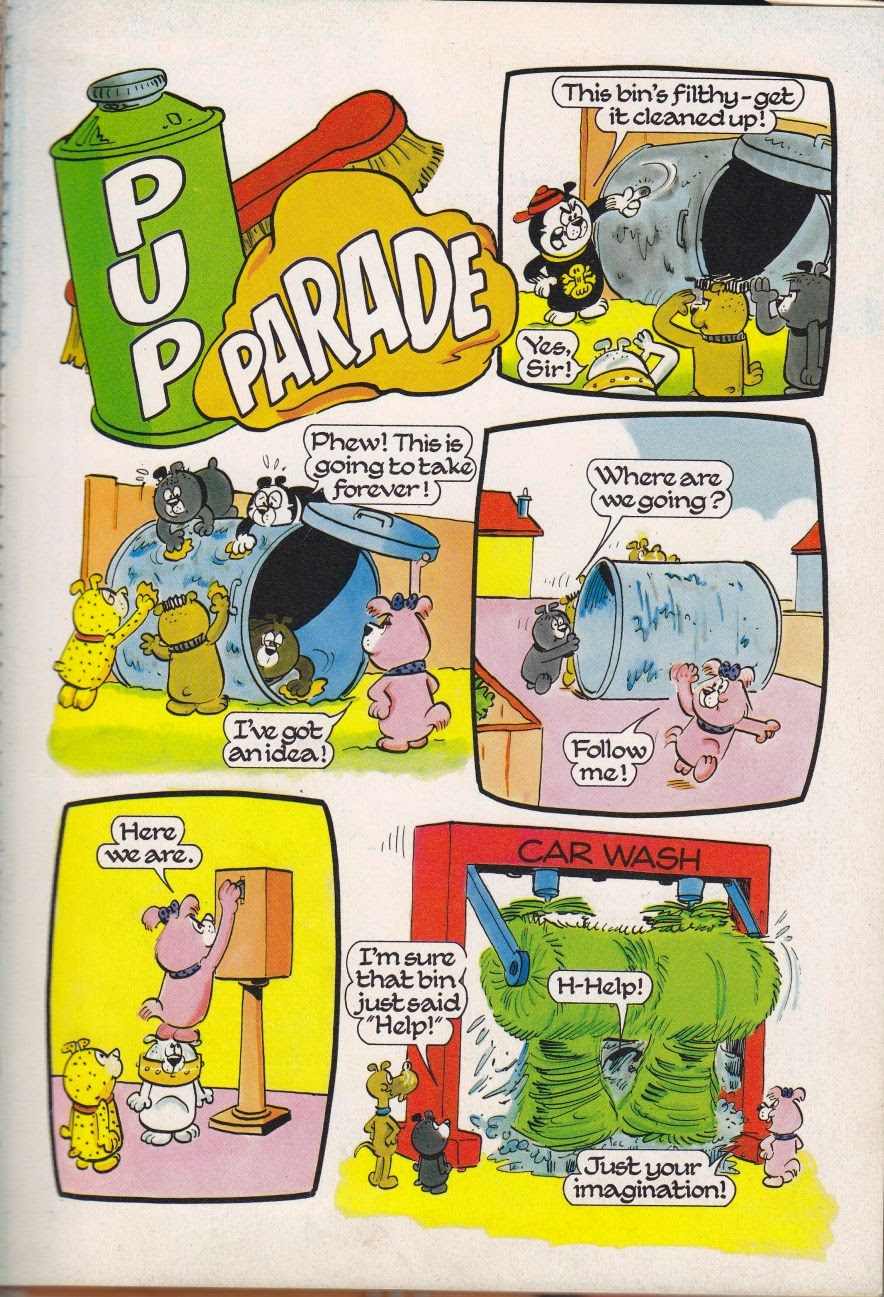 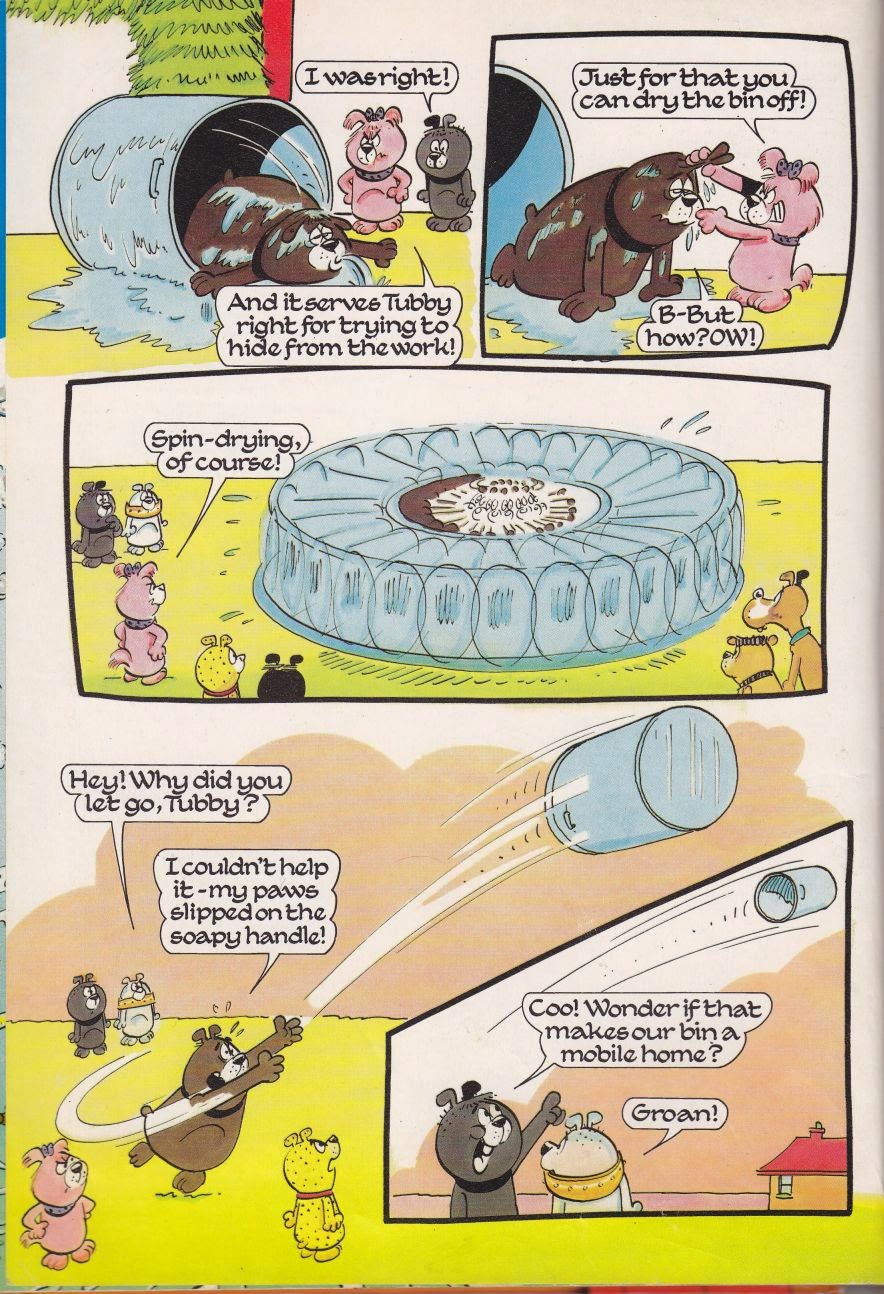 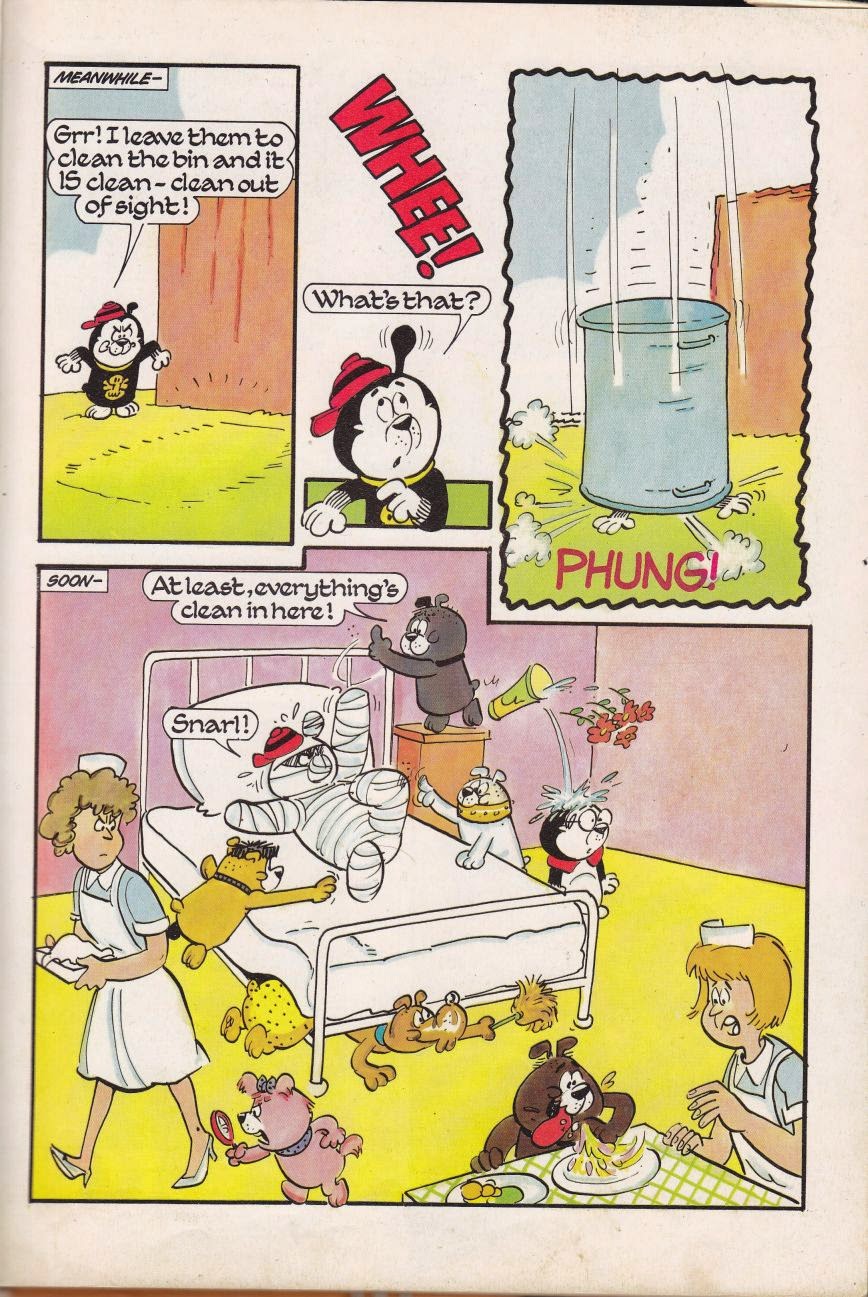 Here's a self-portrait of sorts from the 1993 Topper annual: 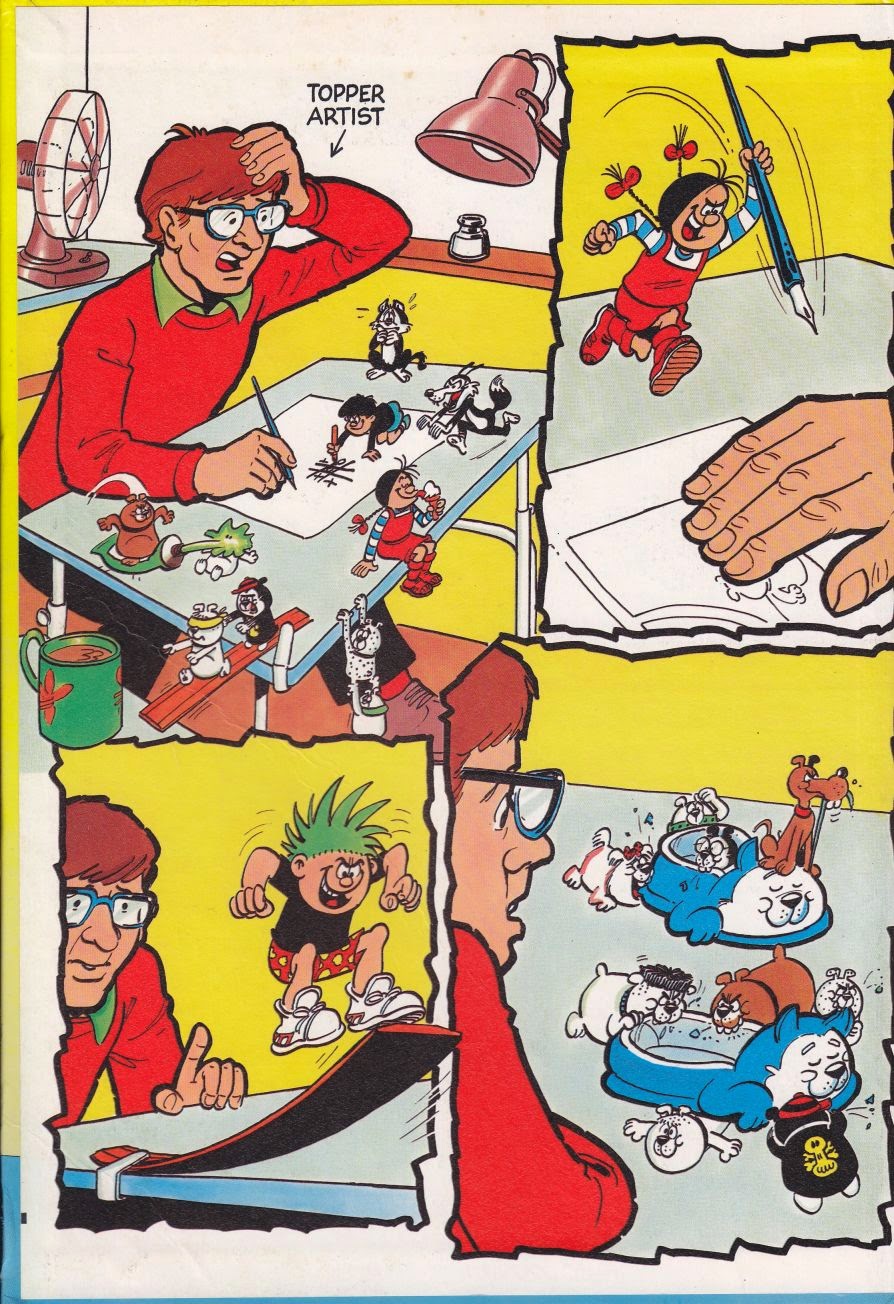 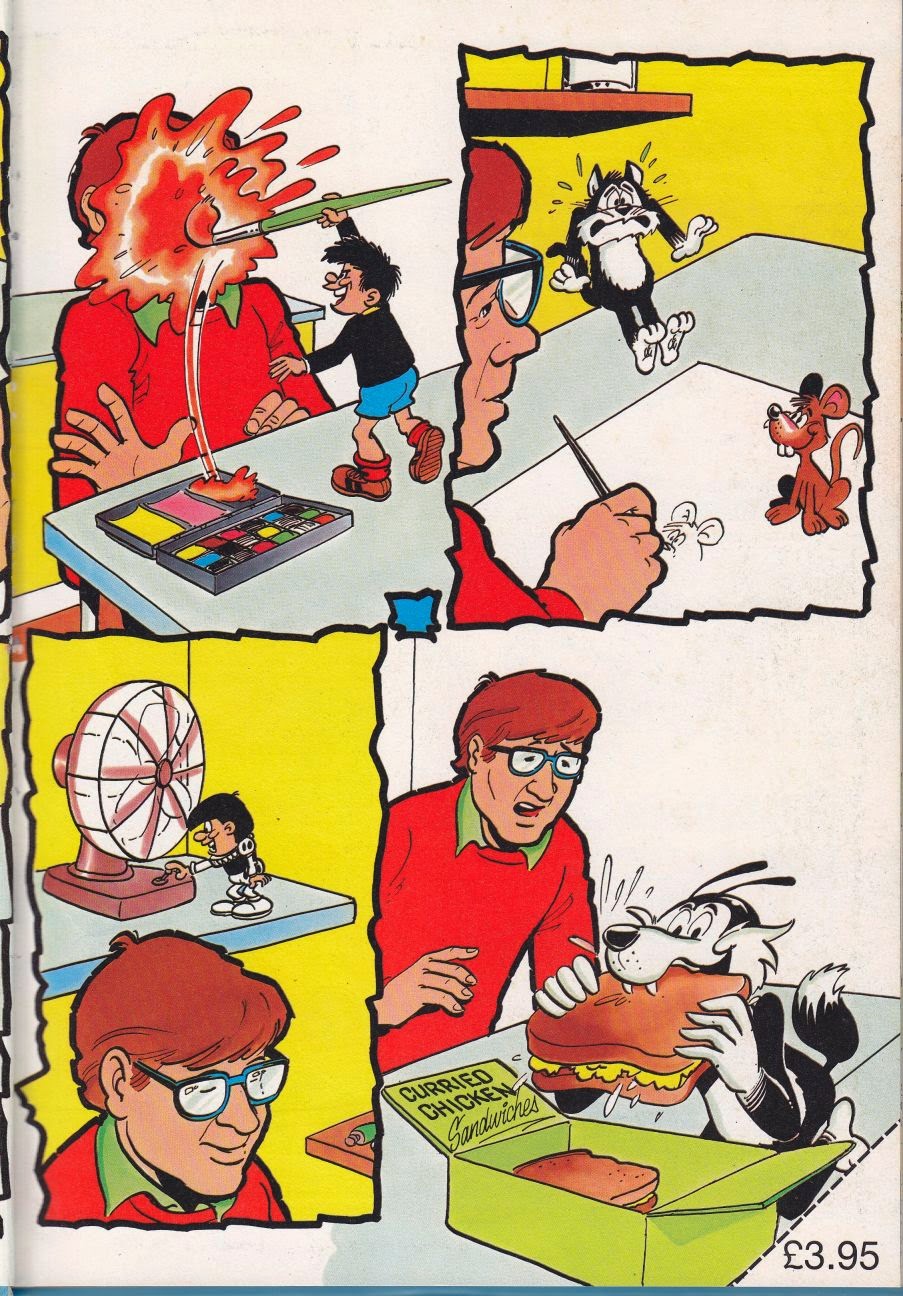 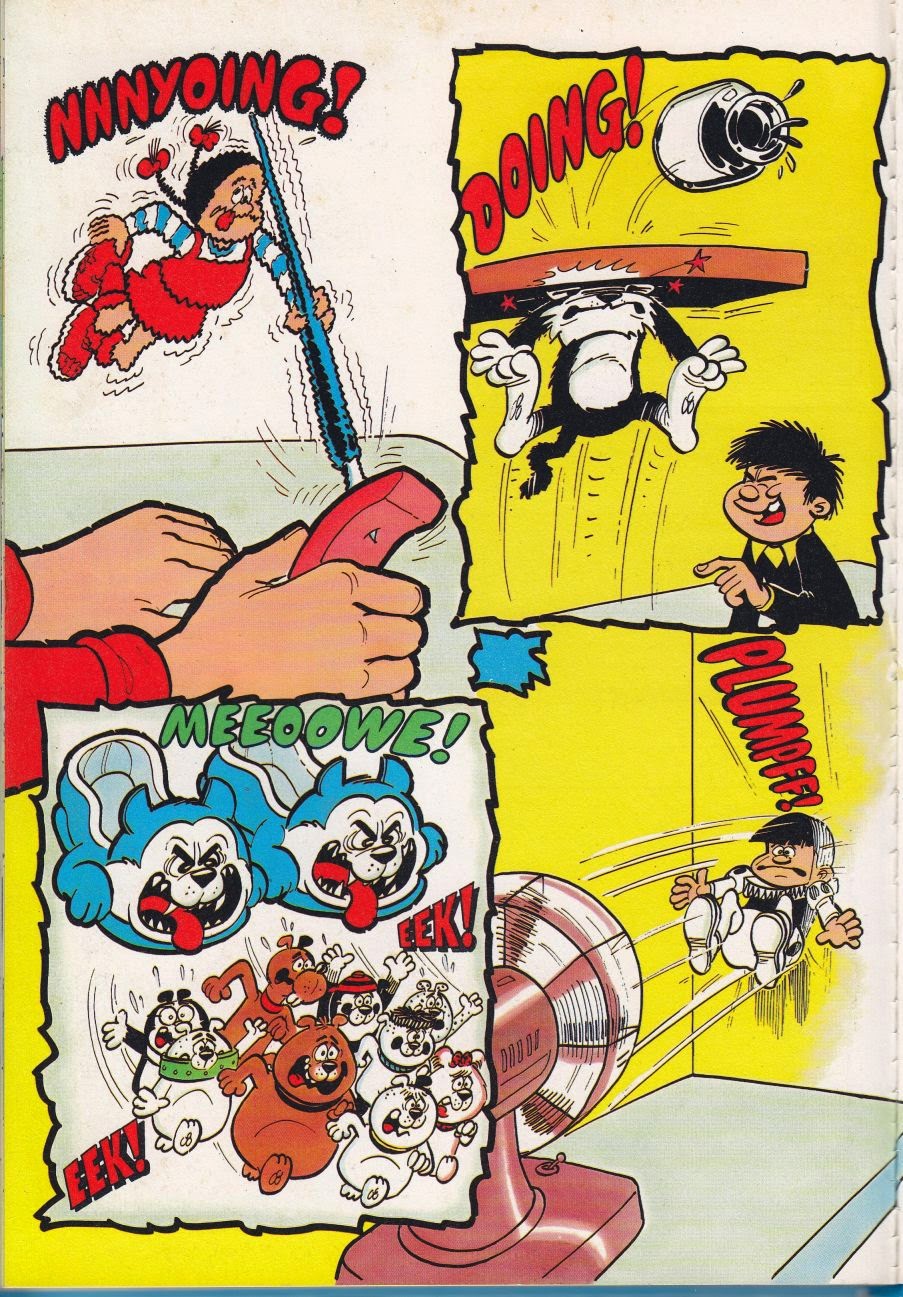 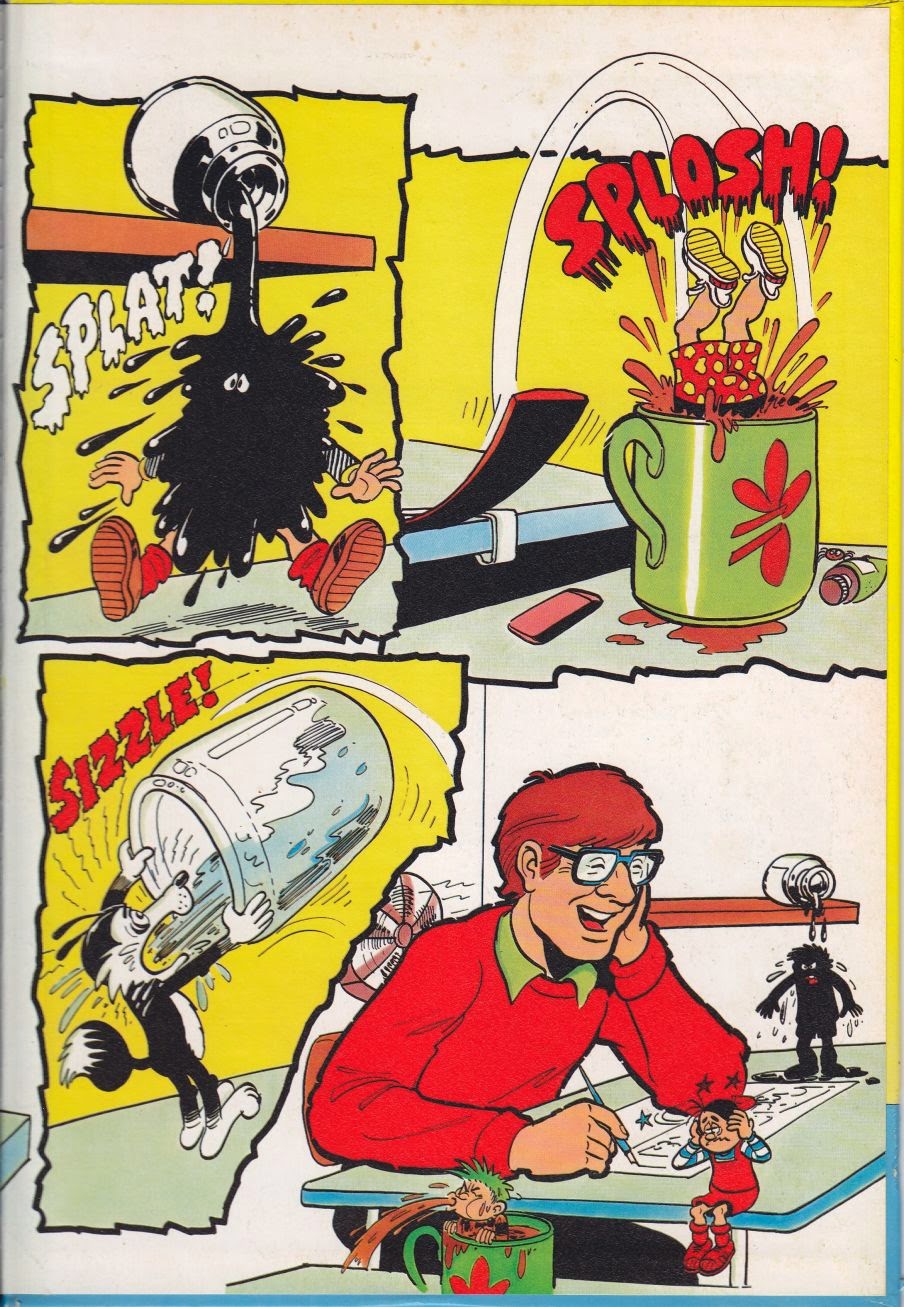 And arguably his finest creation, that master of hokum, flim-flam, posh and poppycock, Spoofer McGraw: 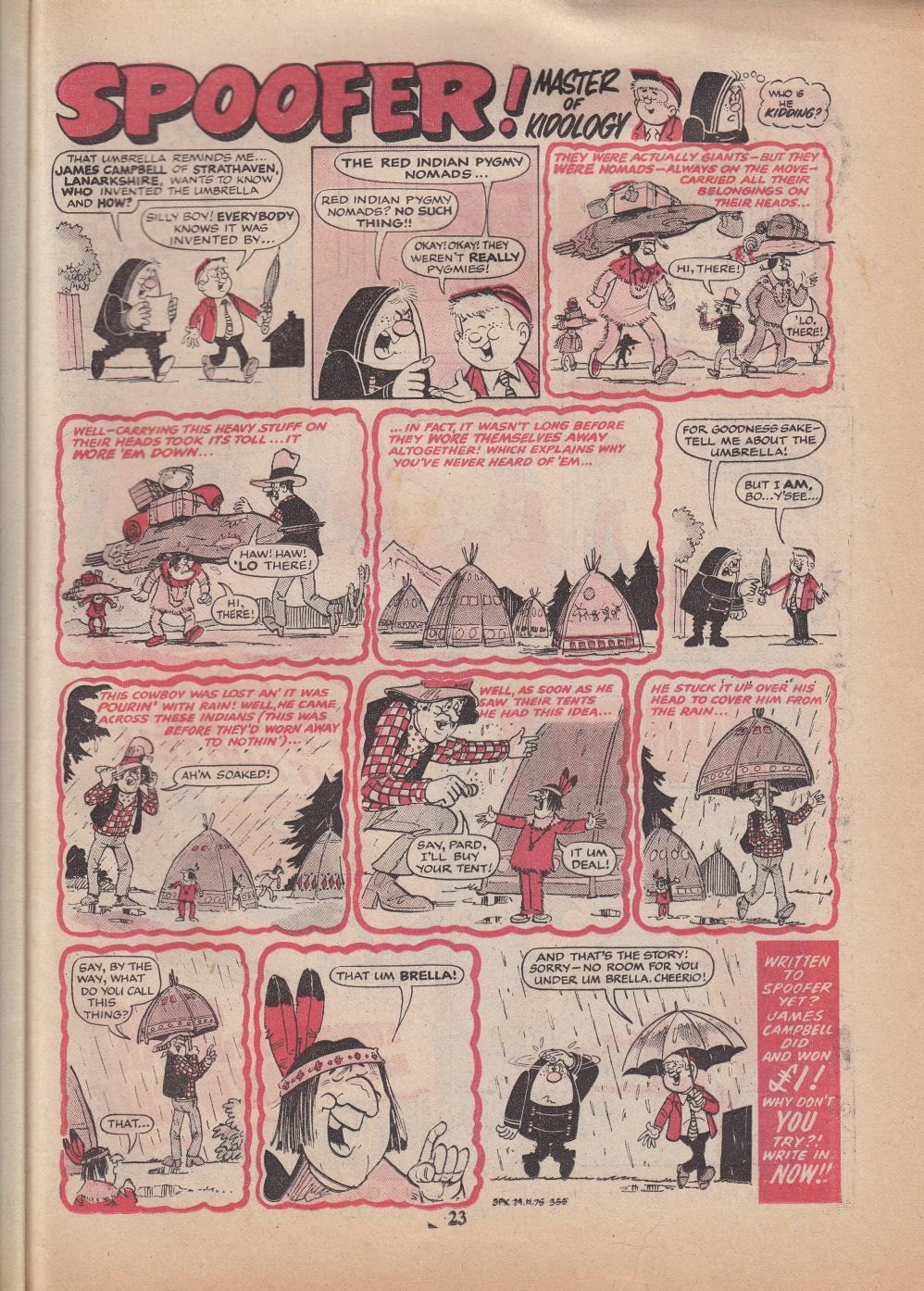 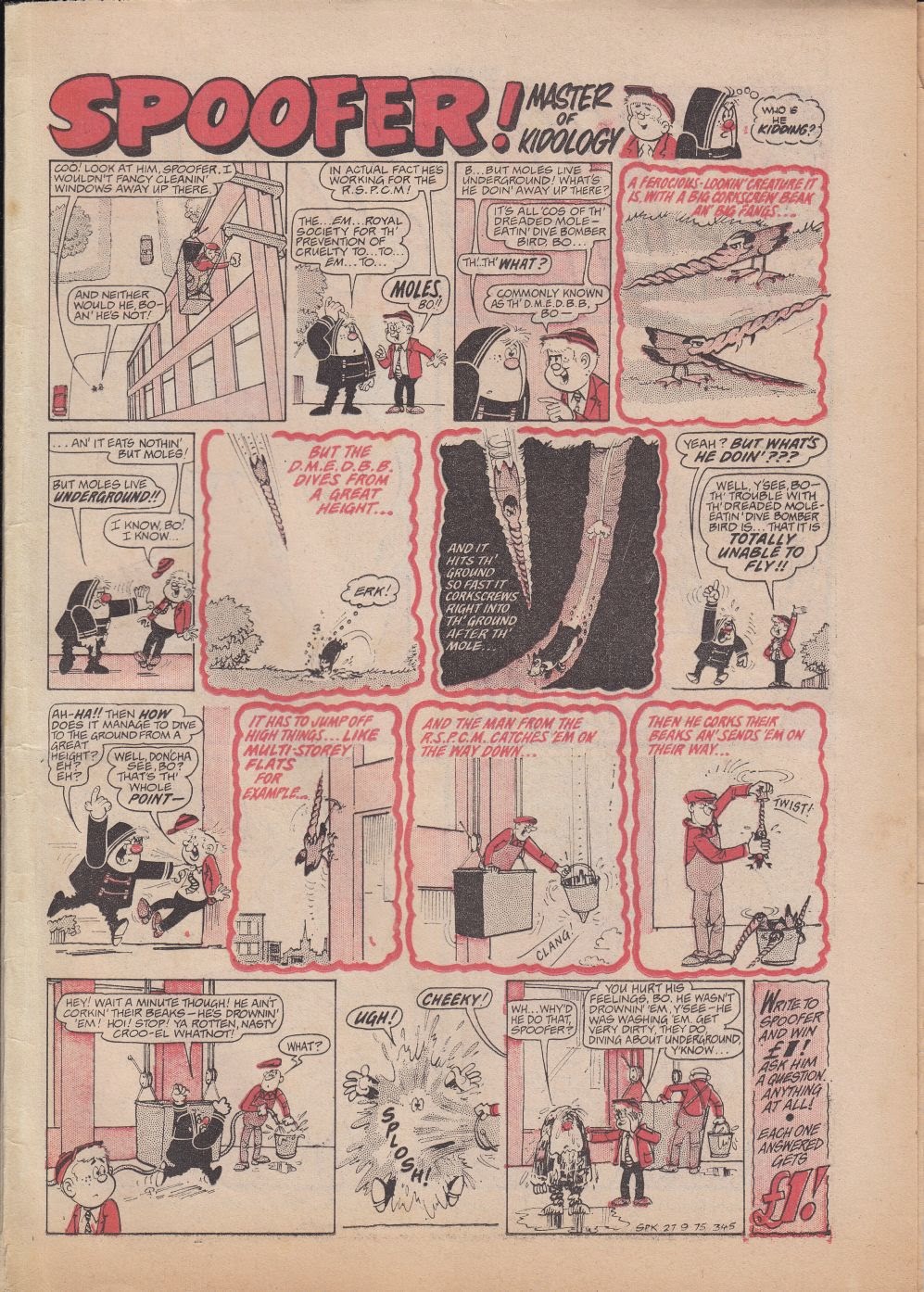 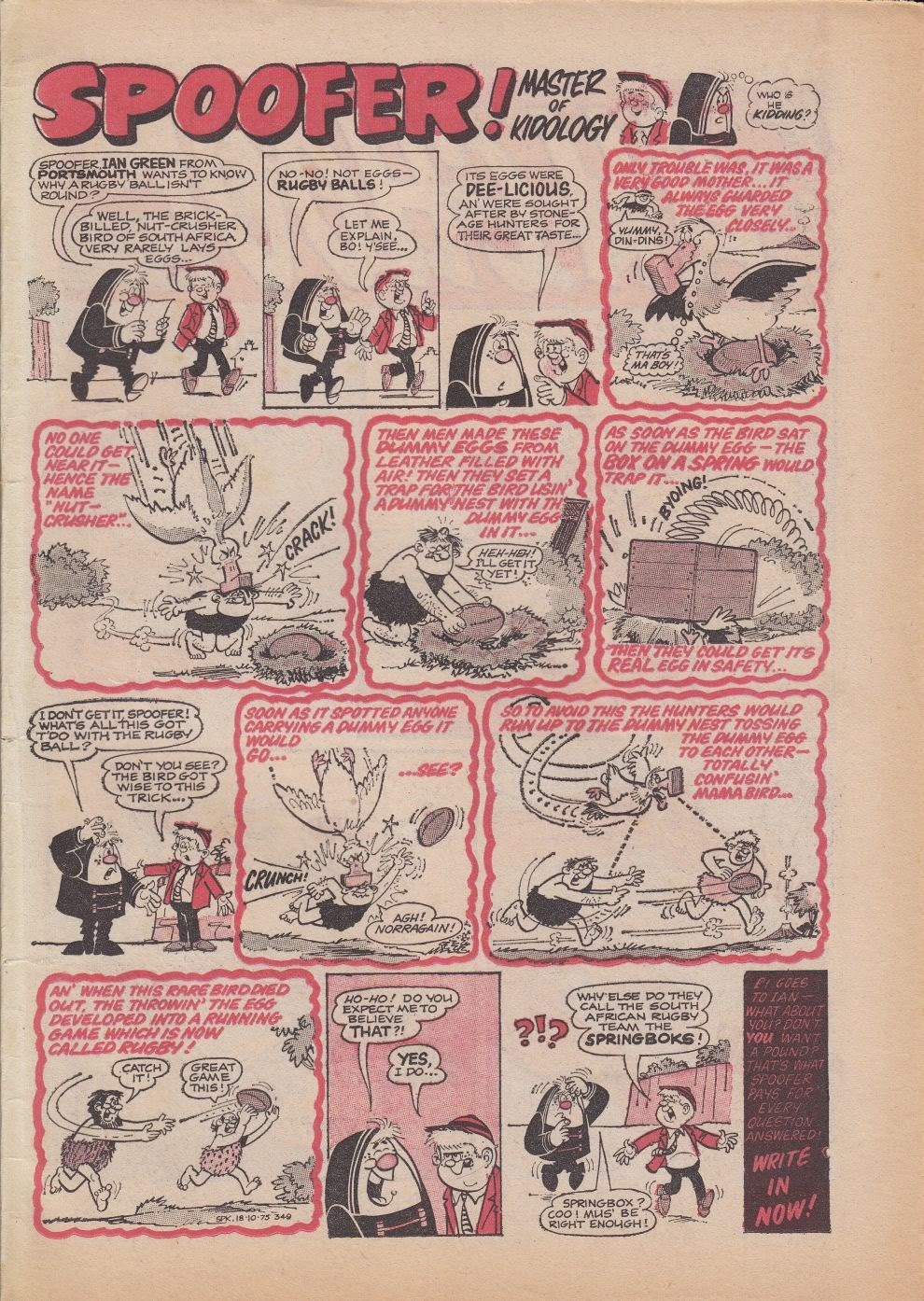 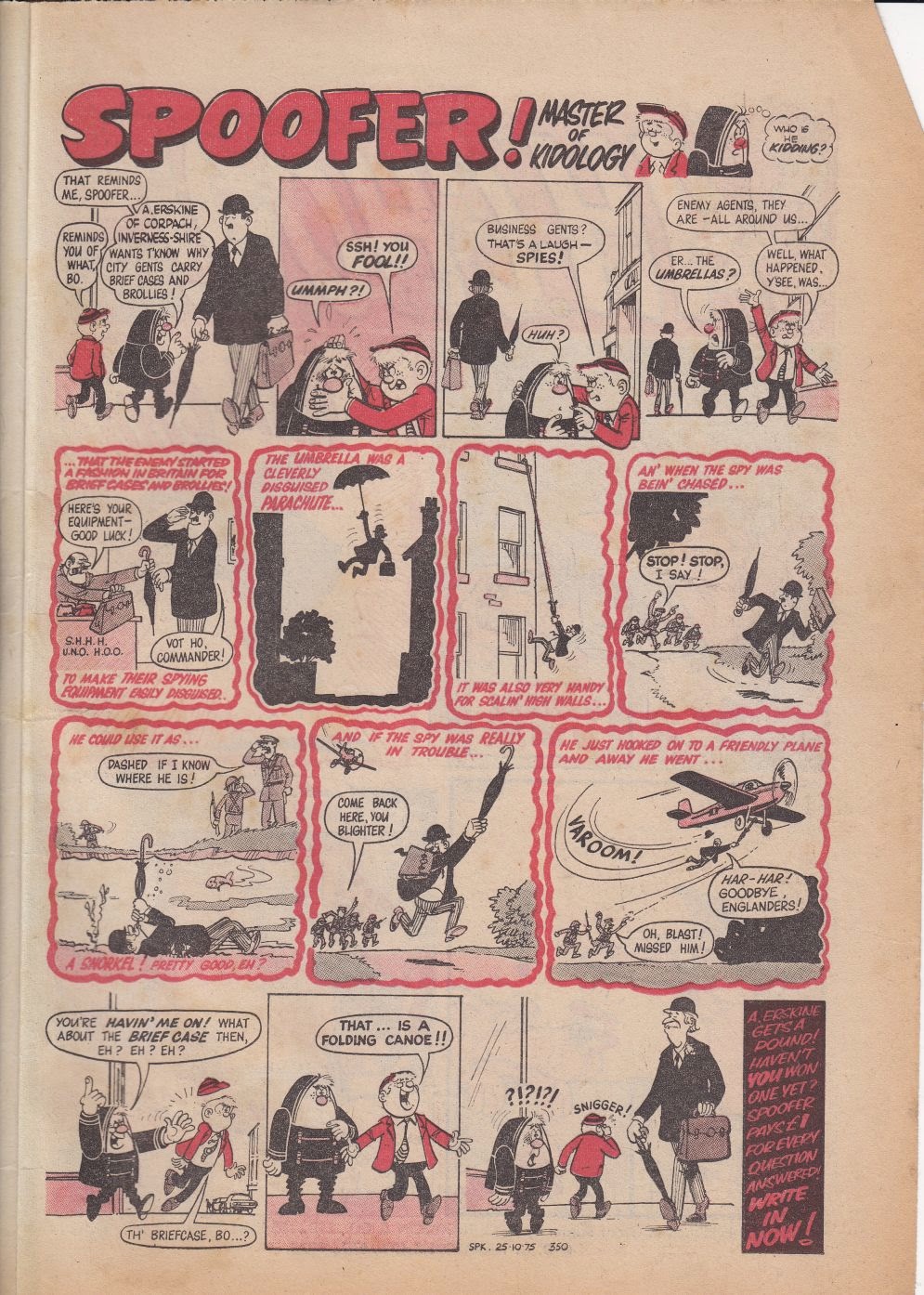 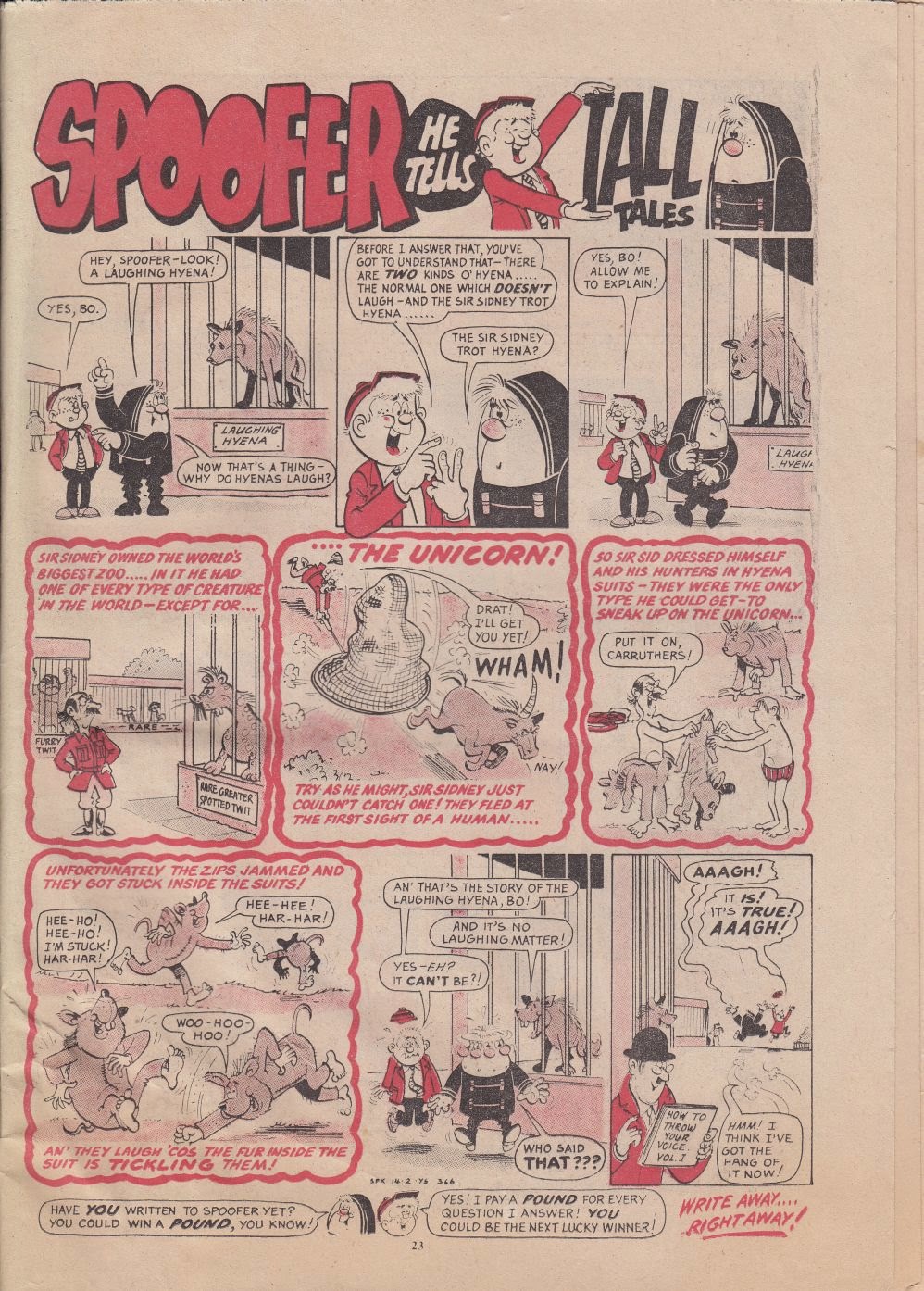 Could be a writer with a growing reputation, could be the ticket man at Fulham Broadway station

Bit of a sad one here, as apart from Viz, this was the last (easily-obtainable) "alternative" British humour comic - as in, there haven't been any more on the high street since this one. That's not to say I'm done here, there's still LOADS left to look at, it's just that chronologically, this is the last. It's the "sequel" of sorts to Northern Lightz, and it's called Wasted. You may remember Johnny Kunt "hinting" at this (here). The last page of the last issue of Northern Lightz was this: 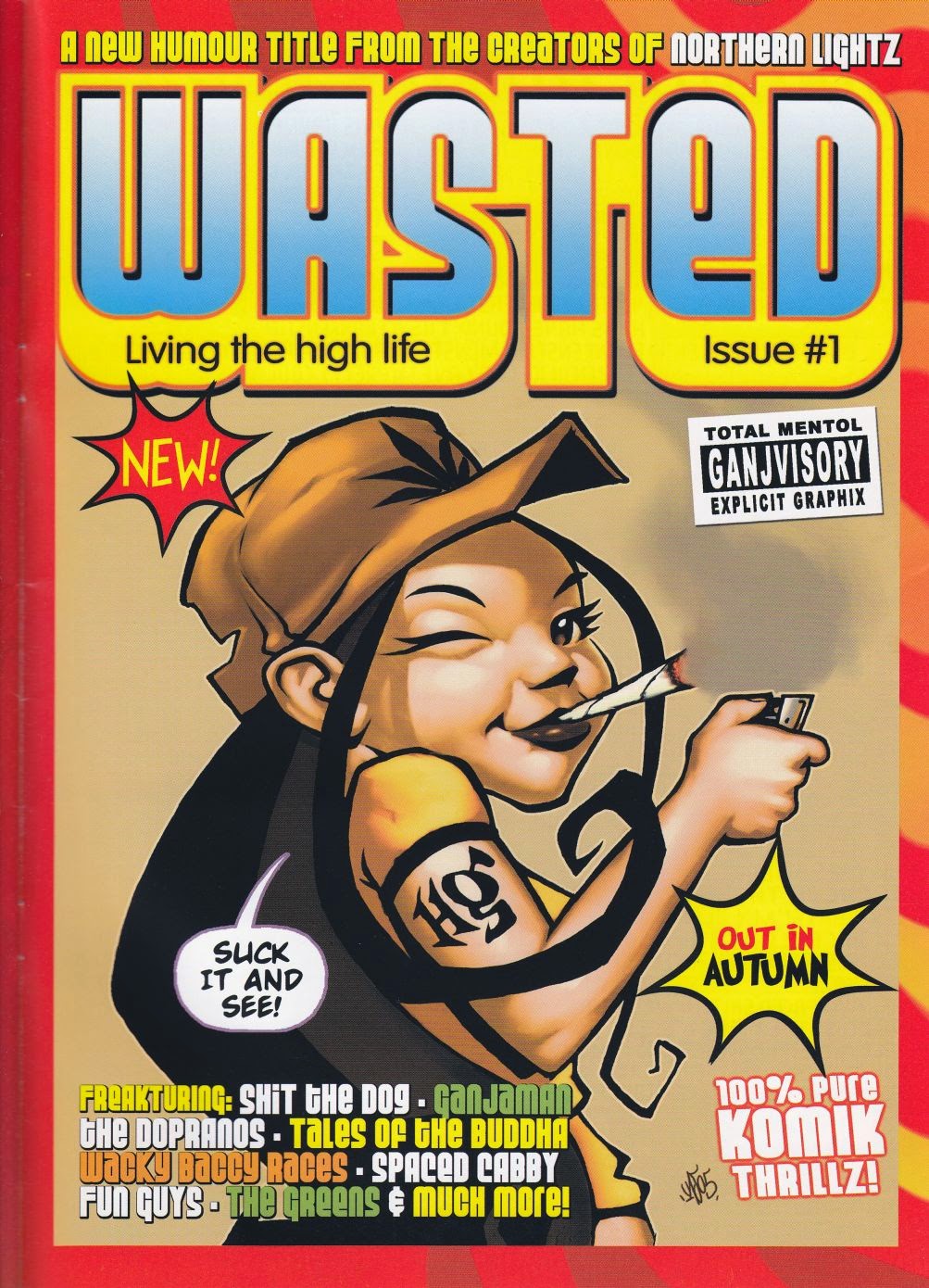 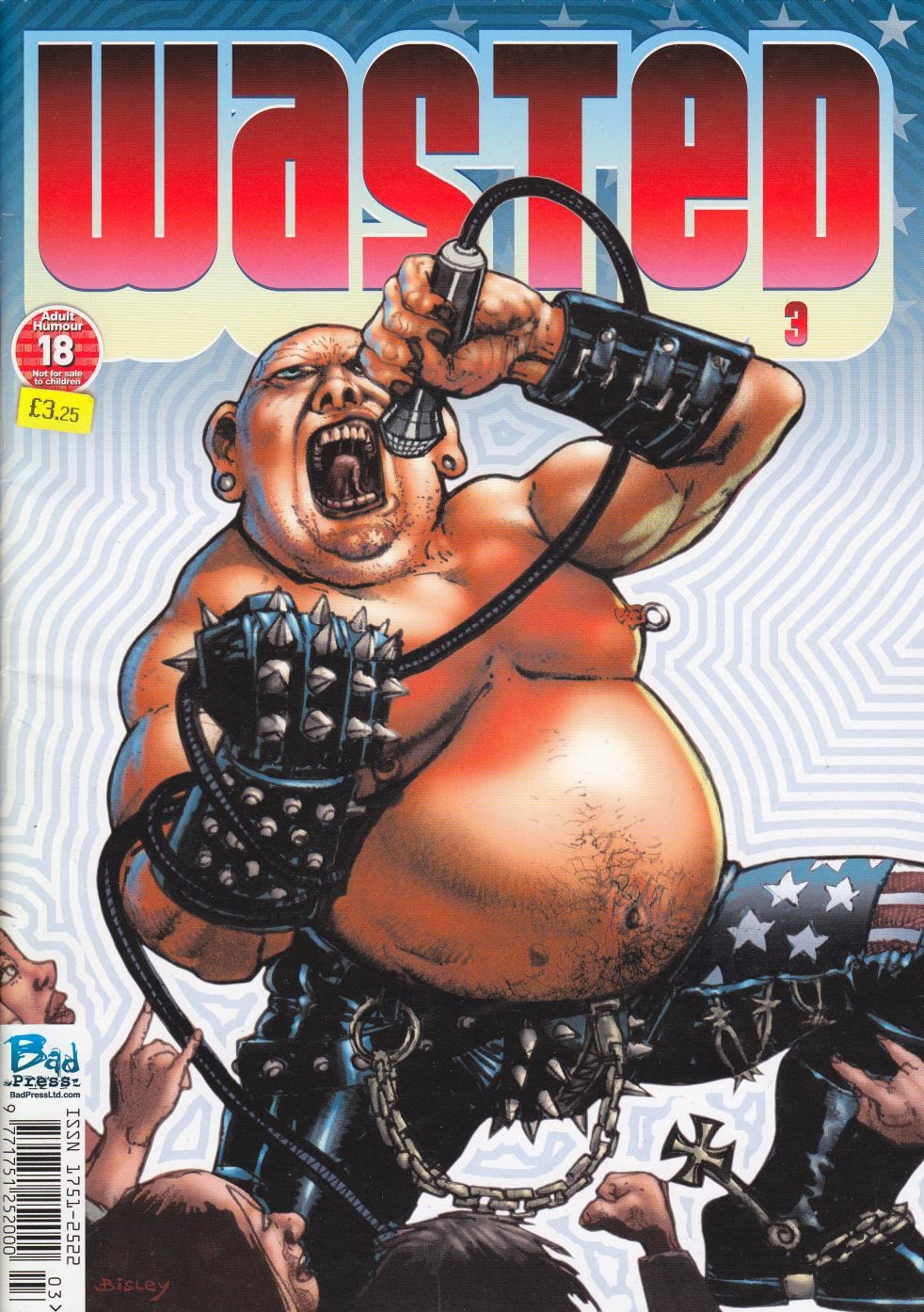 Skin Up, or something

Yes, yes, it's been a short while - explanations to follow and all that. For now let's get on with this trilogy thing here. This one! 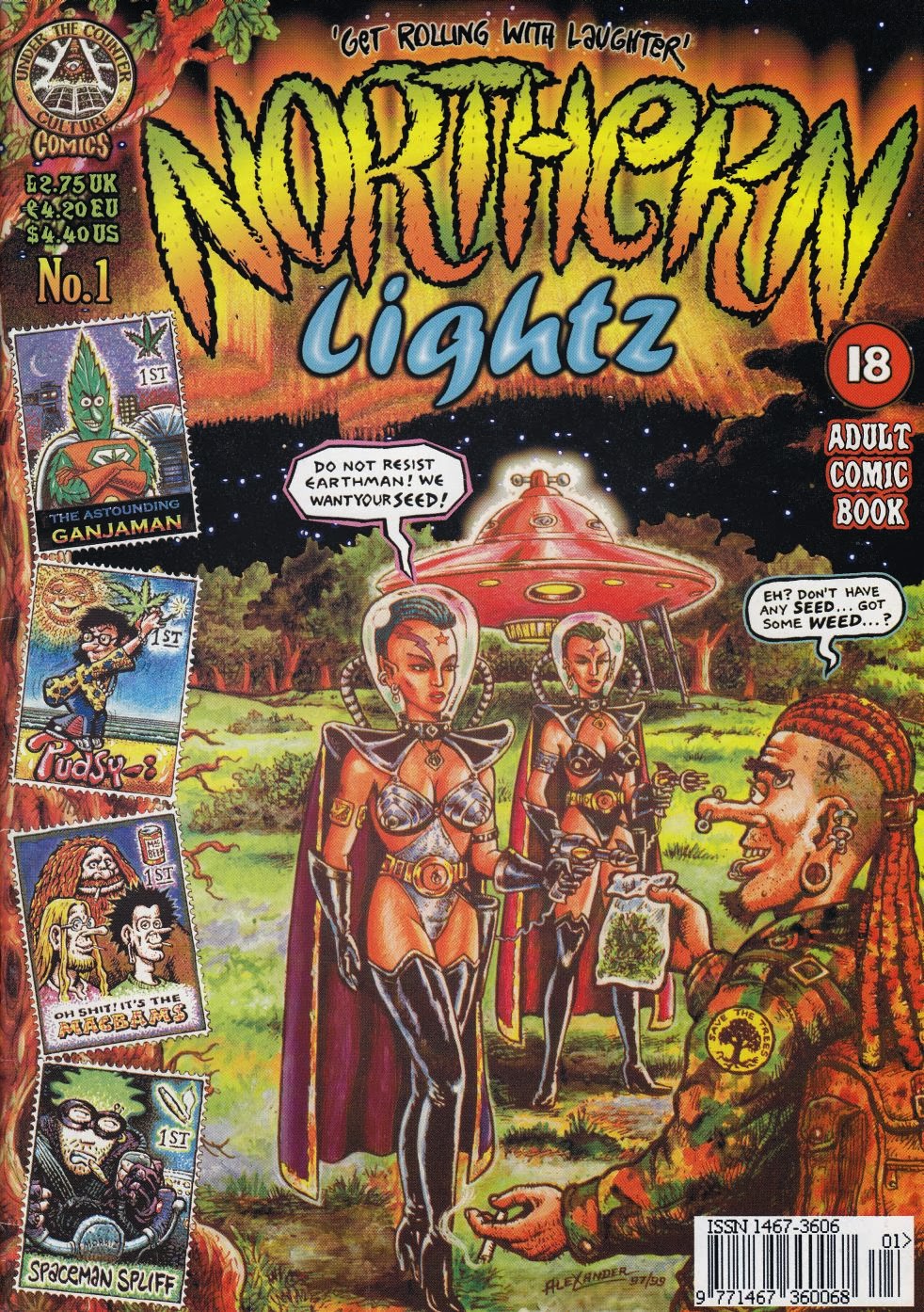 It's 1999, and David Alexander (creator of Electric Soup mainstays the MacBams) came up with the idea for a dope-themed humour comic (initially titled Skunk) - Jim Stewart, Jamie Grant and Paddy "Pudsy" Morris (RIP) agreed, and so Northern Lightz came into being. What followed was eleven issues of mostly pun-based laughs, all in a "being-in-the-right-frame-of-mind" sort of vein. Let's "toke" a "ganja" shall we? As in, "take a gander". Do puns still work if you explain them afterwards? Pfft.

Before starting, maybe the more innocent folk out there should know that "dope-humour" largely relies on short-term memory loss. You'll be seeing the same jokes over and over again here. Think of a T-shirt shop in Blackpool or Scarborough or Amsterdam, only better drawn, and you're on the right track. It's nowhere near as rubbish as something like this:

...but if that tickled you, you're going to have a great time.