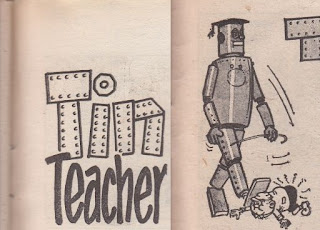 There's always been "archetypes" in comics. You know, take a theme and run with it. There's "gang of unruly kids" (Bash Street Kids, Banana Bunch), "rebellious little nutter" (Dennis the Menace, The Smasher), "girl who fights and stuff" (Minnie the Minx, Beryl the Peril), "strange animal-mad hybrid" (Biffo the Bear, Mickey the Monkey), "over-imaginative child" (Dreamy Daniel, Les Pretend), and so on and etc. One of the more oddly specific "types" would be "robot teacher and his class that wishes to murder him". We've already seen Autoteach from the Topper. Well, now we have Tin Teacher from Buster!

Drawn by Peter Davidson, and originally running from 1965-1970, I've got a bunch of them here from several 1979 reprints. In contrast to Autoteach and his adversaries, both robot and pupils here are equally sadistic, with the class cooking up ways to crush, decapitate, bury and otherwise annihilate the mechanical master, who in turn takes a lot of pleasure from whacking the kids senseless. I've scanned as many as them as I can find below, but there's a few two-parters that are missing either the first or second part. Sorry, like. 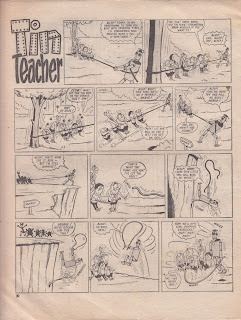 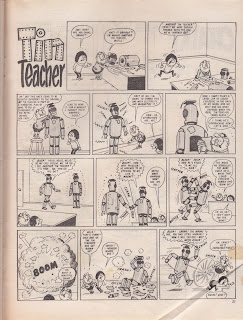 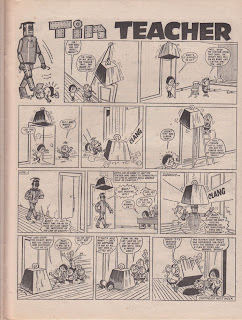 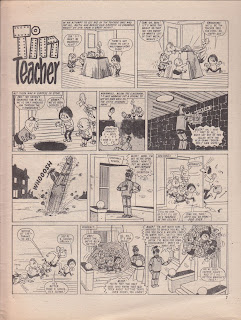 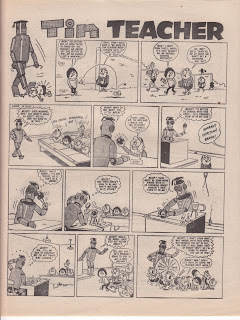 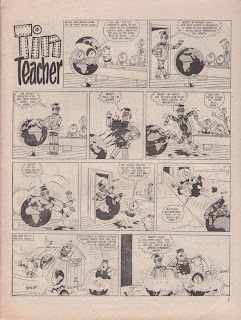 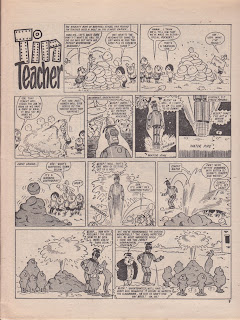 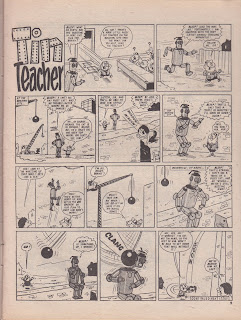 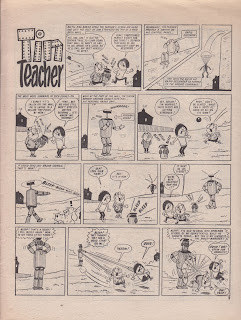 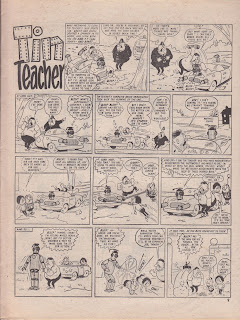 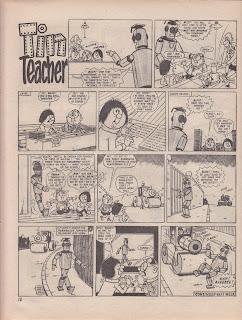 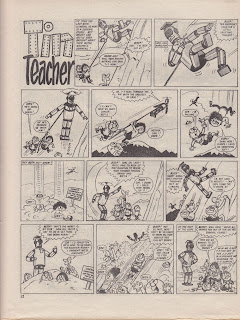 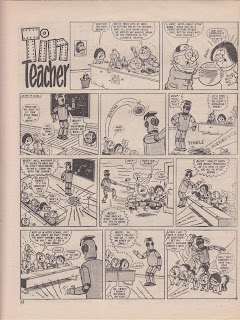 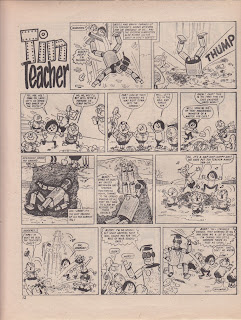 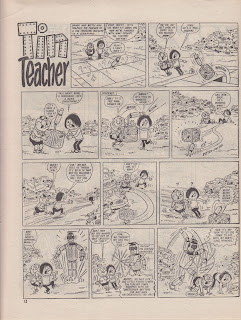 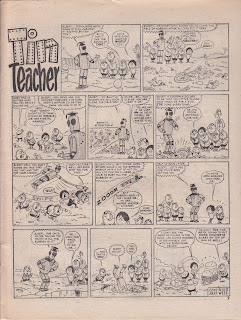 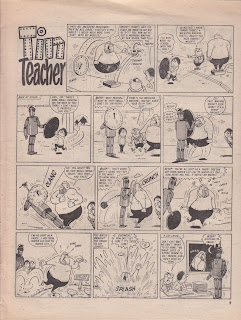 My favourite out of this lot? The REALLY sinister "part 2" of the decapitation wheeze, where the kids think they're getting chased by the ghost of Tin Teacher!