Give a hoot - read Hoot!

It was "Britain's bubbling new comic" in 1985, and 364 days later it was merged with the Dandy, but DC Thomson's short-lived comic had its fun. Most remember it as being too childish, but from the dozen or so issues I've read, I'd disagree. Mostly. Granted, it had a baby on the cover in the form of Barrie Appleby's Cuddles (a survivor of the similarly short-lived Nutty comic, and the same Cuddles who'd later team up with Dimples from the Dandy), but the inside pages were mostly fun fun fun in a way that today's comics would never allow! 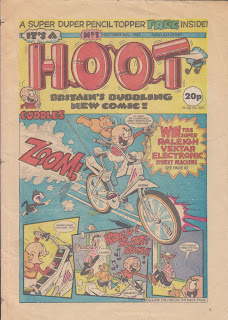 Plenty of good old-fashioned violence was on offer - witness here Mr. Appleby's Spotted Dick, who managed to annoy his matron to such an extent that she chases him with a Tommy gun: 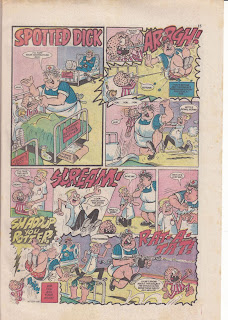 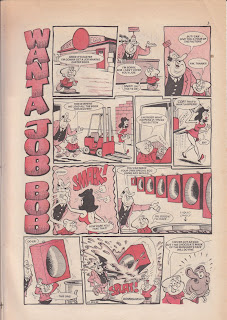 And the highlight of every issue of Hoot, and surely a high-point in the history of DC Thomson as a whole, is Ken Harrison's Hoot Squad, the ugliest, most violent, perverted ("ning!") bunch of kids you're ever likely to see. These'd give the Bash Street Kids a good fight! Here's every Hoot Squad page I currently have access to, enjoy! 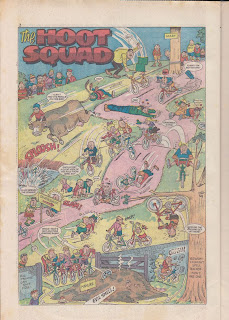 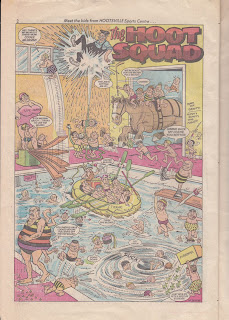 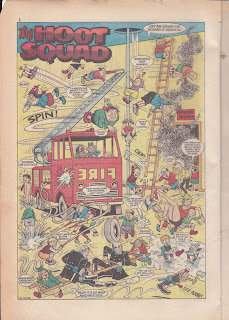 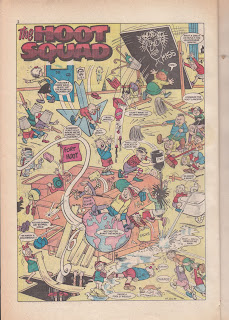 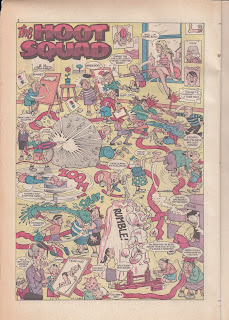 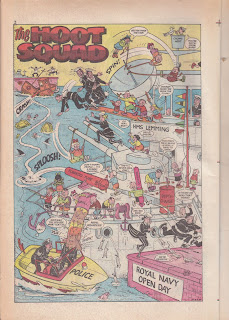 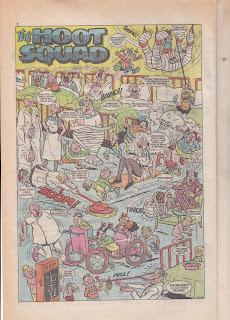 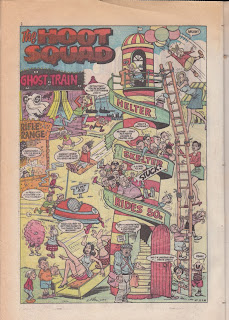 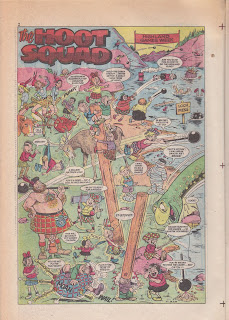 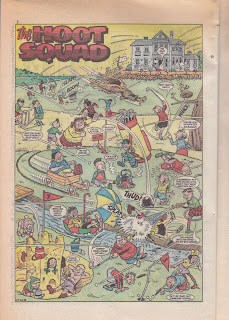 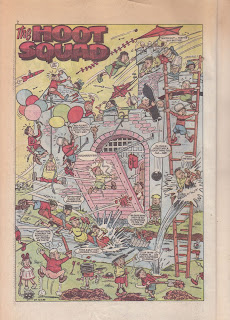 Personal highlights - the grotesquely pimply kid in the art lesson; the little pervert finding a new use for bagpipes; the child who didn't look where he was diving; the portrait of Hitler titled "Daddy"... If comics still had pages like this etc etc.
Posted by TwoHeadedBoy at 9/11/2012 04:30:00 pm