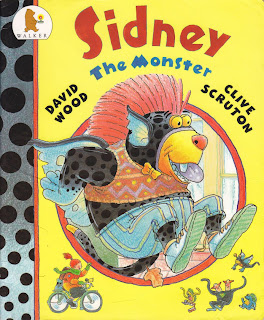 Ah, Sidney The Monster! One of literature's greats. Written by David Wood, fantastically illustrated by Clive Scruton - this is one of my all-time favourites. And it's another one with new things to see on every read-through, which are always the best kind of books. This one even won an award! Says so on the back: 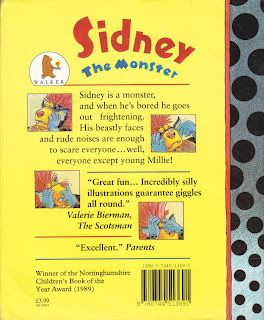 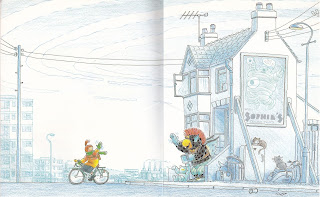 Lots of exciting new wallpaper options here, too - such as this "prologue" showing a monster and his cat-mummy waving goodbye to a girl on a bike on a cold and frosty morning. "Go Nuts! With Sophie's Dough-Nuts", says the Michelin Man poster. 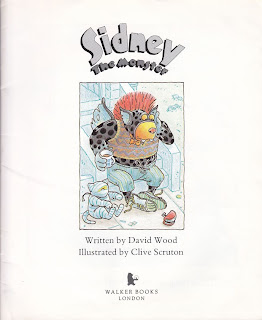 Of course, Sidney doesn't get to go to school in the morning, so what's he going to do all day besides drink tea and stare at a set of wind-up false teeth?

Well, he gets bored. So goes out to play some tricks. 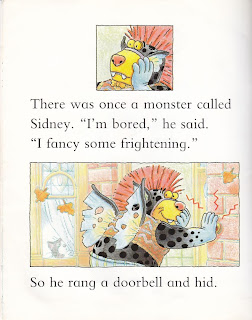 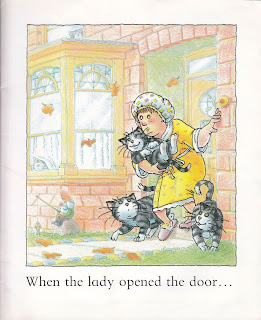 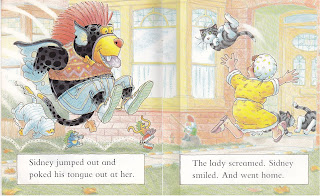 Love the faces on those cats. Amusing stuff, but not enough for our Sidney.

So, off to the food shop he goes, where he disguises himself as a frozen chicken (of course): 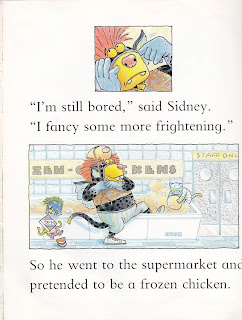 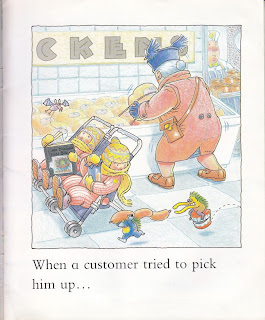 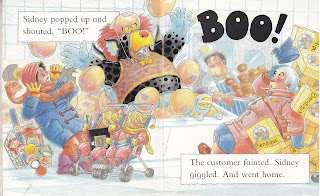 Smashing stuff, that! See the little bat flying out of the kid's book? You should recognise it.

Next up, Sidney picks his nose for a bit, then goes to the park. 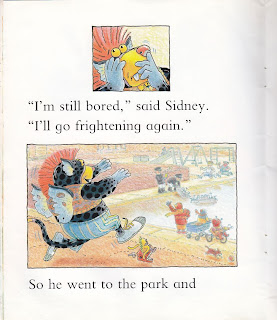 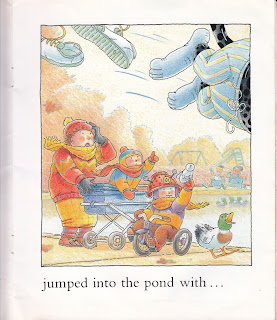 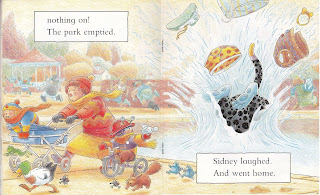 Skinny-dipping! No harm in that. How about those two little newts jogging out of the way? None of the animals here look frightened or anything - they're happy to get out of the way and think the whole thing's hilarious. Even the dog.

Off to school is where Sidney goes next: 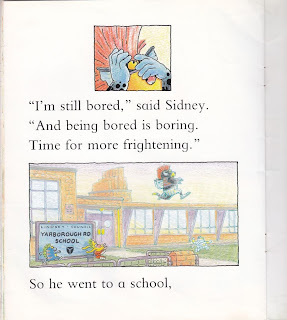 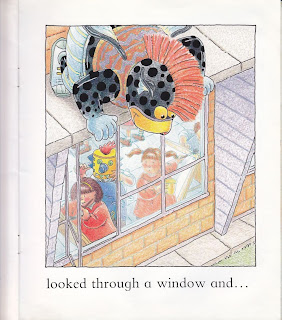 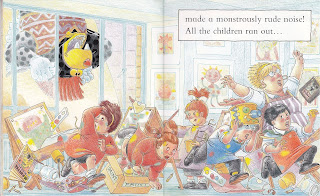 One of the kids didn't get scared off by Sidney, so in he goes to try again: 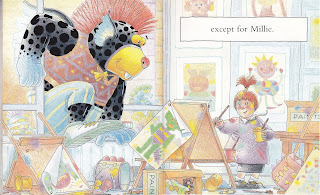 (See that weird little space-mouse hiding in an upturned box? No idea who that is, although he looks a bit like the character on the breakfast box on the supermarket page.) 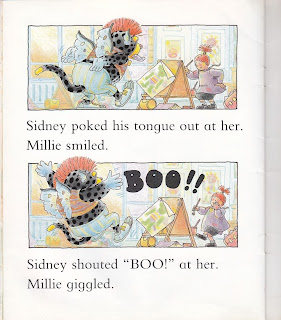 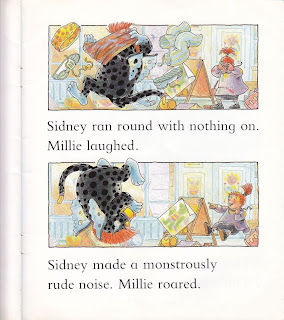 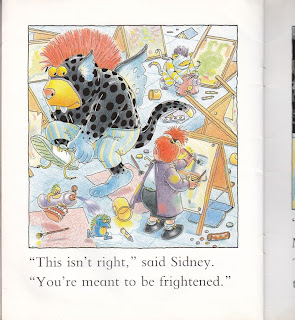 Sidney tries all his usual tricks to scare this kid, but fails, and is forced to question the situation. 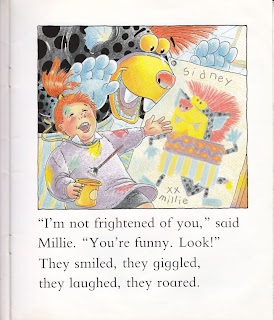 It's because he's so daft-looking, that's why! Any child reading this could appreciate this from the start of the book just by looking at Sidney - he's 7' tall, fat and spotty with a big nose, tiny wings, a mad mohican, a zig-zag-patterned tank top, stripy shorts, a bow tie and big clown shoes.

With the exception of the school kids, none of the children throughout the book have been frightened of Sidney, only amused. It's just the adults who fear this ridiculous-looking thing, as exemplified by Sidney and Millie's journey home: 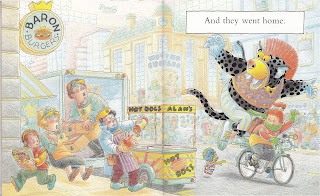 The adults run and jump, the kids look on in curiosity and amusement. More fun details on this page, too - the Walkman-toting youngster with a stack of comics, including the monster-based one that was used in the school; the strange custard advert on the side of the building; the mummy and Frankenstein's monster observing from a high window; the collision caused by Sidney and Millie... 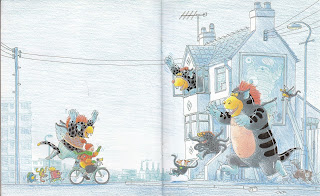 And from this (my favourite page), Millie's used to seeing funny monsters all day anyway, because she lives with a bunch of them! The five-eyed tentacle-armed one's great, so's the flying slug with arms. And the cat-mummy's still got that monster mask from the school.

Valuable lessons in this book - don't be scared of things because they're different, and so on. Take some time to look at them and you'll see how funny they are (and so a generation grew up without fear of anything).
Posted by TwoHeadedBoy at 9/20/2012 12:26:00 pm