It's been out a while now, this one - almost everyone else has reviewed it already, and I've had it for a couple of months too. Only just read it today though, and it'd make sense to get the last of 2014's posts off the bottom of the page before 2016 stumbles upon the world... So here's a review of John A. Short's Octobriana: The Underground History. 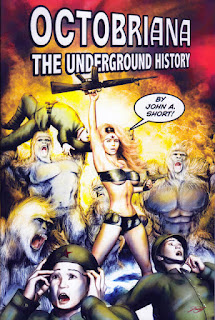 Fascinating stuff, this is. For those that don't know, Octobriana is a public domain character, first getting the world's attention with Octobriana and the Russian Underground, "by" Petr Sadecky, in 1971. This book purported to tell of a mono-browed superheroine that represented the spirit of Communism, created by members of the PPP ("Progressive Political Pornography"), an underground publishing group on the other side of the Iron Curtain. The twenty or so pages worth of comics within the book were smuggled over to the West, and over the years (continuing to the present day) the "public domain" status of the character meant she appeared in dozens upon dozens of comics all over the place. 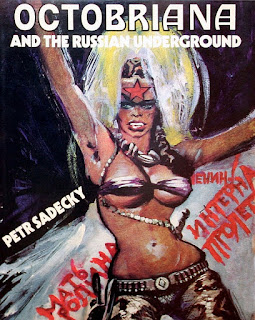 In actuality, it was all bollocks. Petr Sadecky was a pathological liar and a shameless capitalist who ripped off his artist friends, putting them in a lot of trouble in the process. The story behind the whole thing is an interesting one, and Mr. Short tells it all here - a story dating back to 1924, that takes in Soviet art house cinema, palaeontology, David Bowie, a pin-up artist, Goldie Hawn, Billy Idol, a brain tumour, Colonel-General Rodimtsev, Coca-Cola, Pussy Riot, The Shend, Bryan Talbot, investigative journalism, Trina Robbins, plenty of lawsuits and so much more. I usually take a few days to read a book, but did this in one sitting - as I say, fascinating stuff!

There's a detailed bibliography of all the known comic appearances of Octobriana, with fine analysis of most of them. A synopsis of the Octobriana stories that Short himself has been writing for the last twenty years, stuff about her film appearances, webcomic cameos, the lot. "Exhaustive" as they say. There's a new 34-page comic in there as well, written by Short and drawn by Gabrielle Noble (Noble's stuff has previously been featured on this blog, with the stuff done for Wasted). Personally I think the book works better without this bit - when reviewing all the various takes on Octobriana throughout the book, all her physical details are analysed and compared to the "original" comics, yet Noble presents her as just another blonde-haired red-lipsticked type. Public domain, free interpretation and all that, but still, double standards? Small criticism - there's much to enjoy here, I've learnt a lot anyway. Whilst reading it, I was thinking to myself - "Why not just put the original comics in the book, seeing as they're public domain?", but the answer to that lies in the story.

A few new pictures of Octobriana are in here too, by Lew Stringer, Vincent Danks, Neil Edwards and the ever-dependable Hunt Emerson: 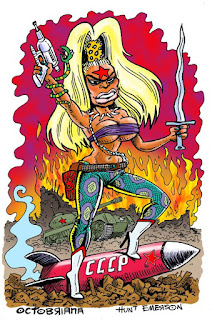 Picture taken from his Facebook page - didn't want to wreck my book's spine fitting it under the scanner, see.

Diamond Distribution apparently aren't interested in this book, so it's probably going to be hard to find... Best bet is to order it from John directly, from his Kult Kreations blog. Worth the £9.99 asking price, certainly. You won't find a more comprehensive look at this cult heroine than this one...

Because this is the blog that loves to give (in a sense), below you'll find the one Octobriana thing that I have in my possession - that is, her 1992 appearance alongside Cherry Poptart, by Larry Welz and Dan Fogel. According to Short's book, this is the one that aesthetically is most faithful to the original comics, so that's nice. At the end of it is Larry's summation of the history of Octobriana, written (naively and fairly sweetly) before the "truth" about the whole thing came to be known on a wider scale.  If you've no idea what Welz's Cherry comics are like, be warned that they're very graphic, but still a lot of fun. In other words, if you're at work, surrounded by impressionable types, under eighteen, Puritanical, or otherwise not interested in that sort of thing, stop reading now! You'll probably be okay until the eleventh page (or the sixth, depending on your sensibilities) but still, fair warning and all that.

As ever, click them to make them bigger, yes! 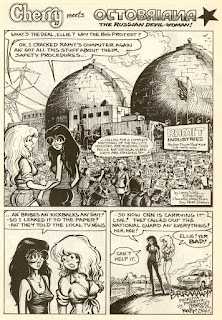 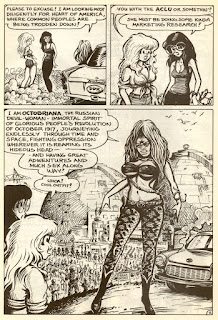 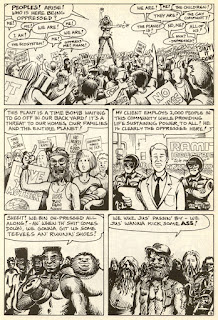 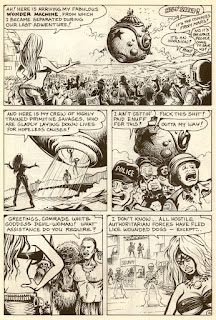 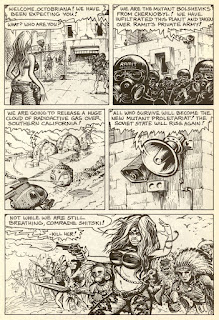 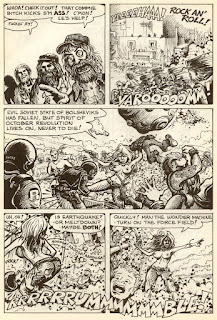 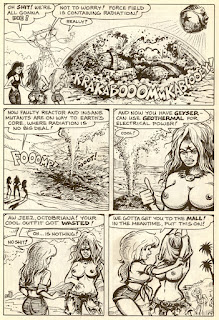 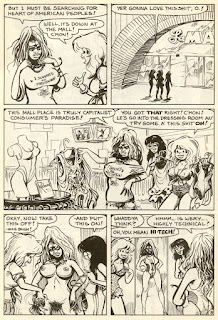 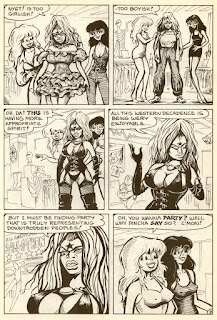 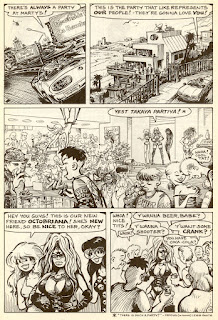 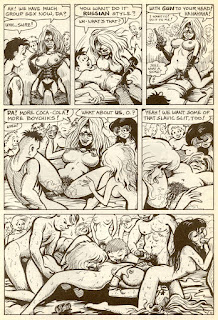 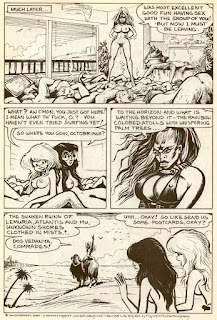 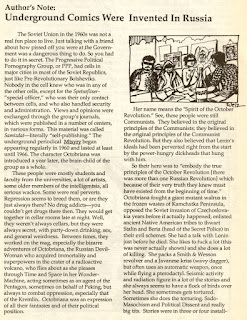 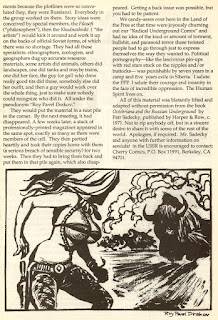