The next article/write-up sort of thing's taking a LOT longer to put together than I thought it would, so, before October disappears like so many Benjamin Bathursts, here's something "spooky". And sort of appropriate too, in that it's a horror comic from 1992, published by Kev Sutherland's UT Productions, the company that put out such comics as Ut, Kack and Gag (articles on which are definitely on the way!). It's got, possibly, the best title a horror comic has ever had: 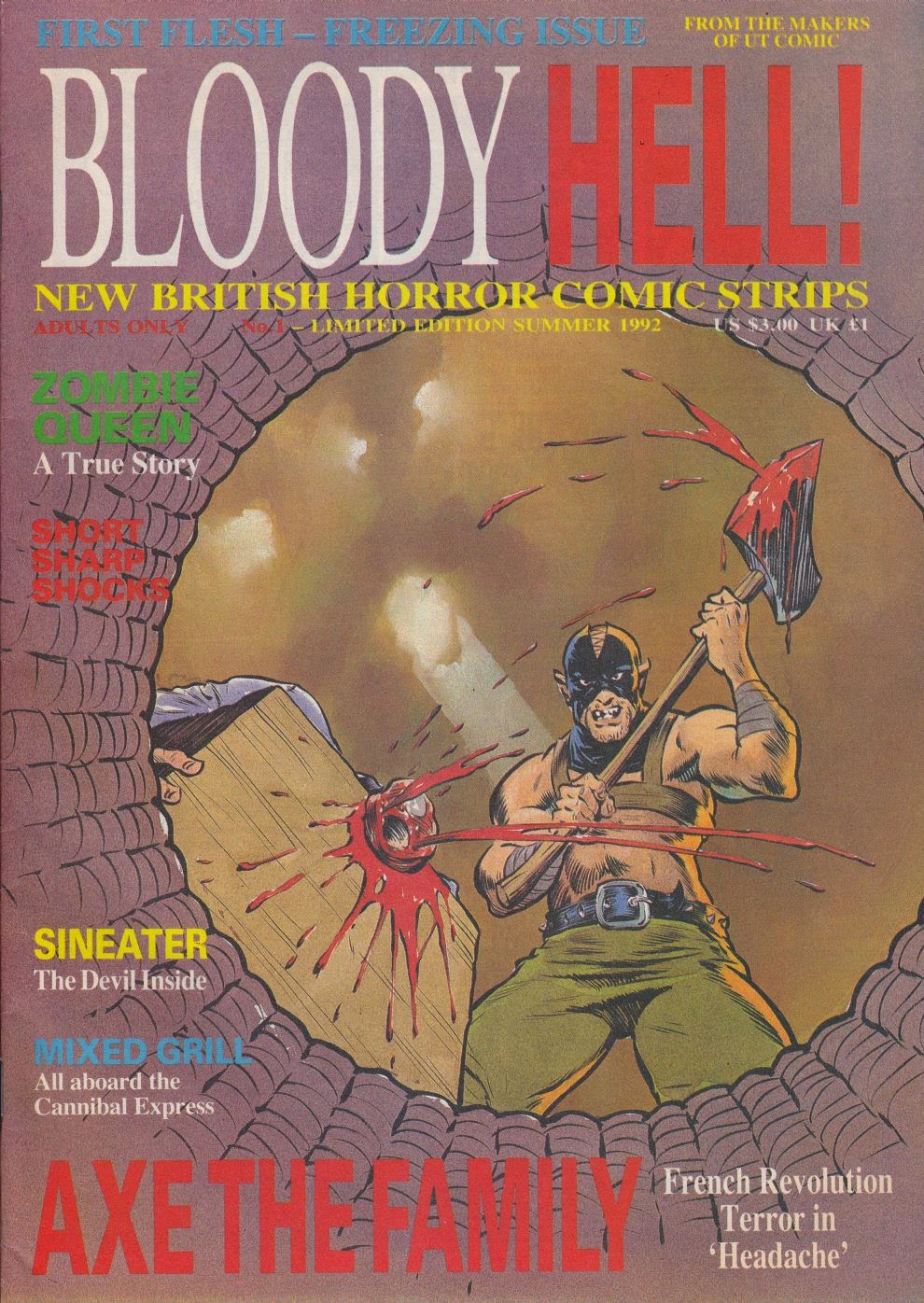 Experience terror the likes of which you've never imagined by carrying on with the reading...

Our first horrific tale's title lies in the punchline, with this piece written by Sutherland and drawn by Michael Salter (who previously appeared in the pages of Blag): 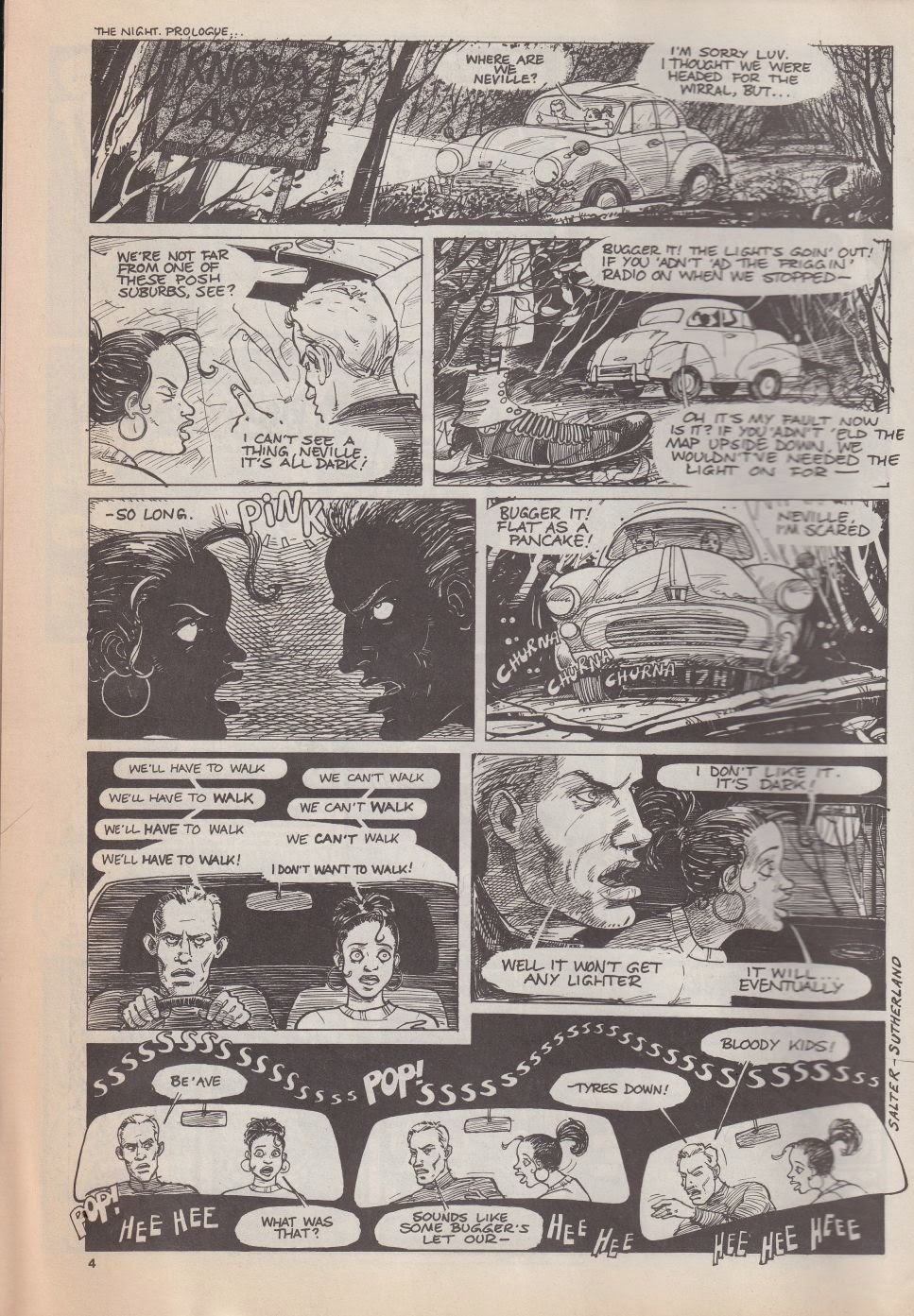 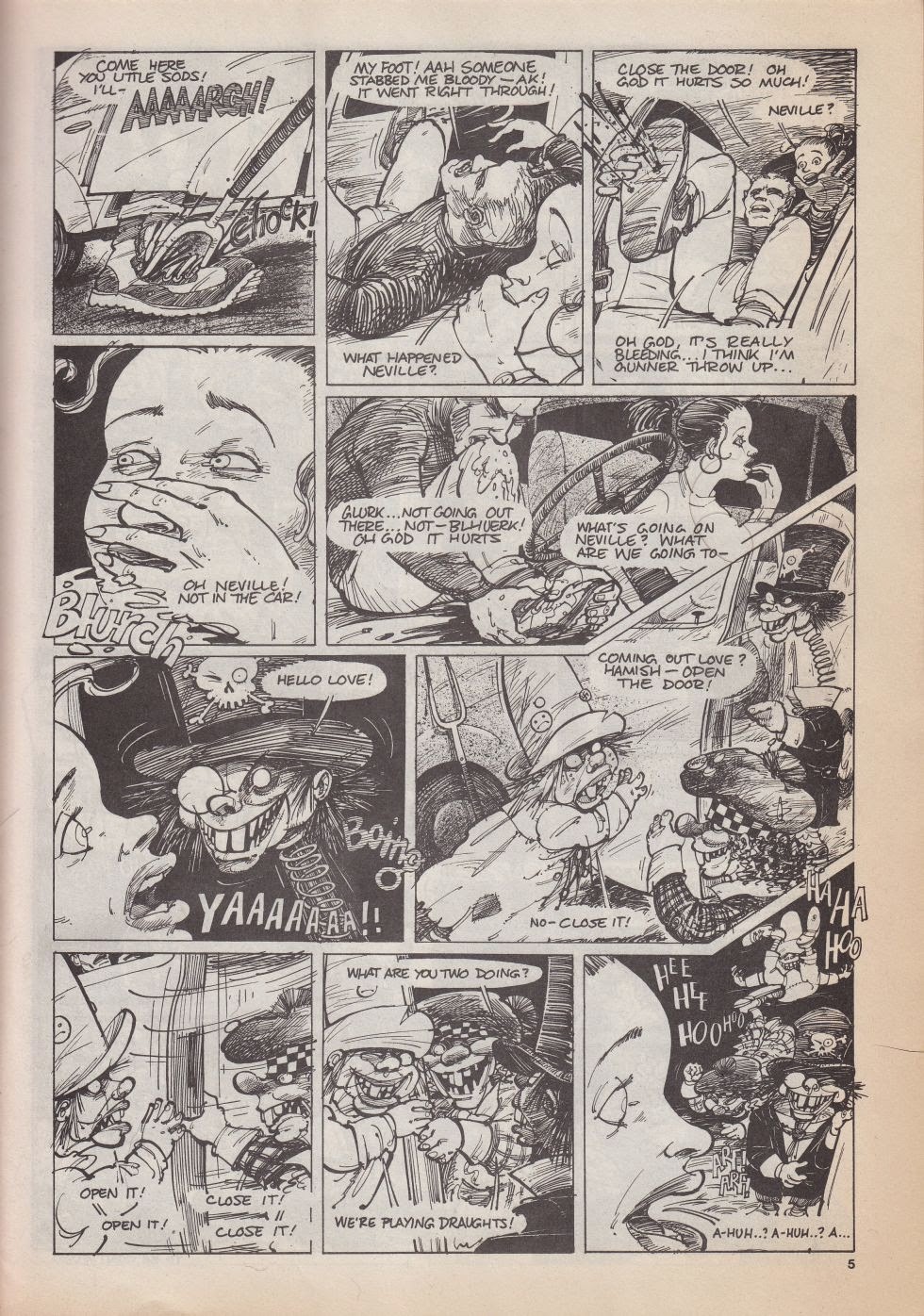 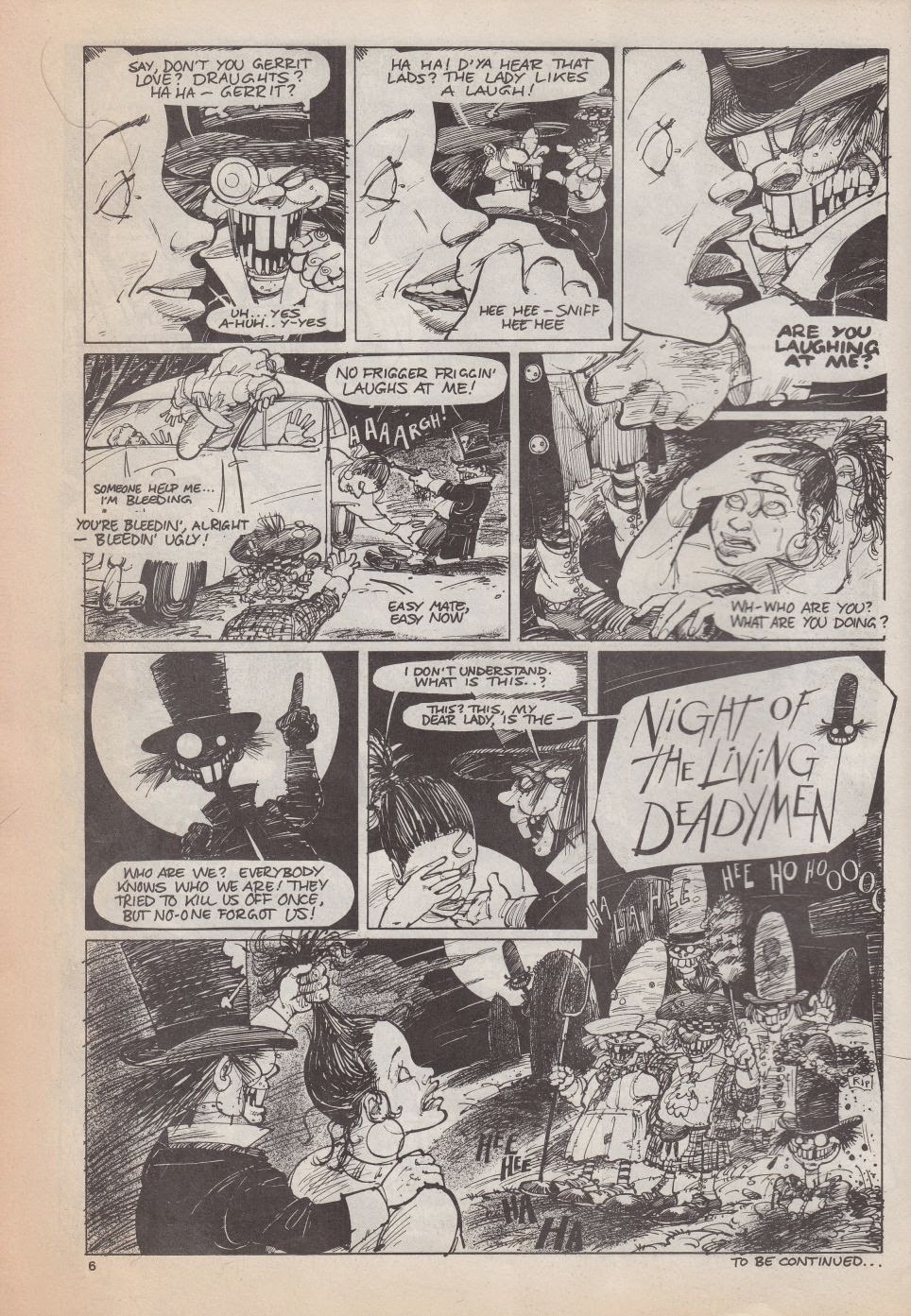 Next up, Nigel Maughan brings us a scientific look at decapitation - it's nice to see the details of his drawings on a bigger scale, rather than the one-page things we're used to: 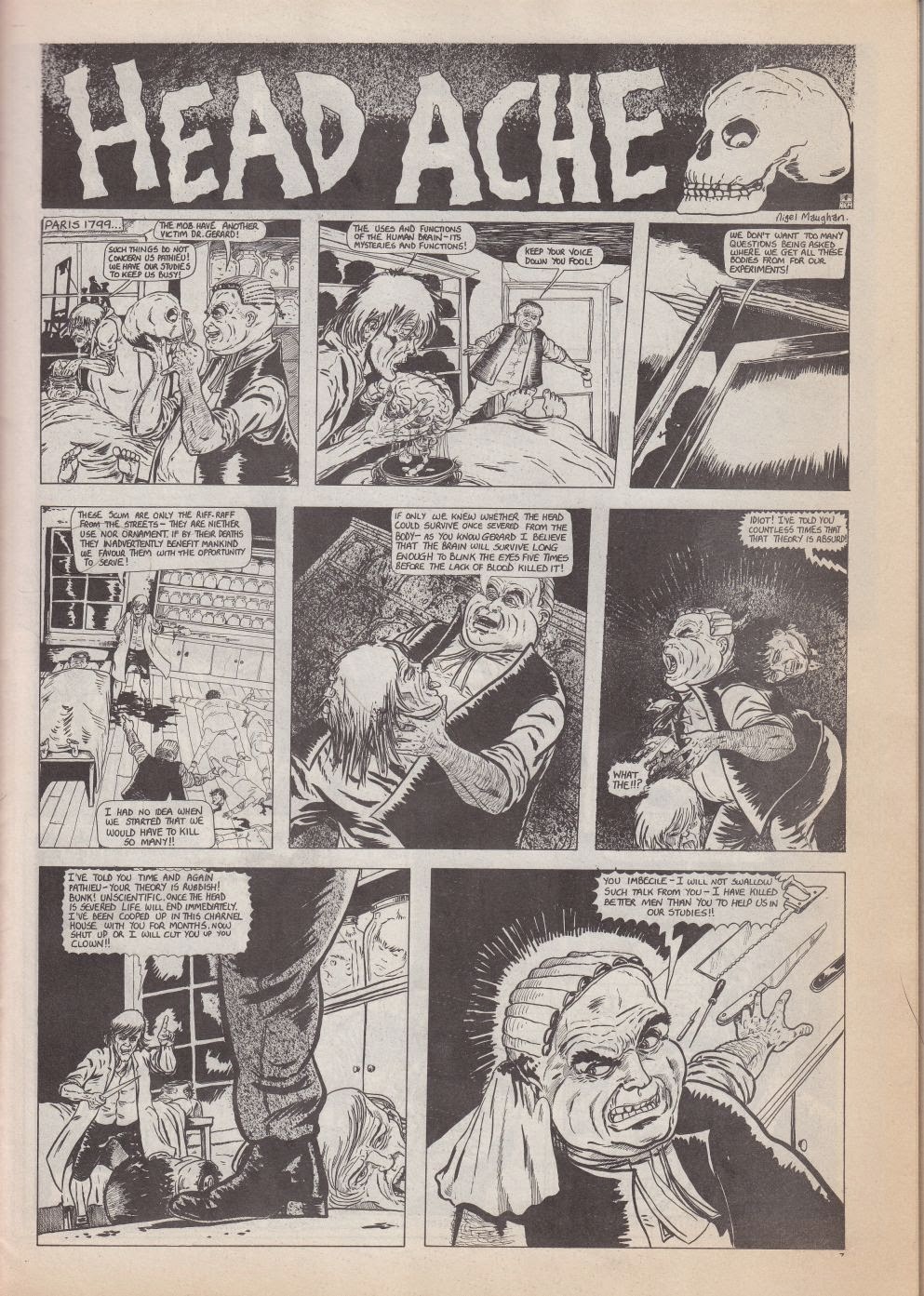 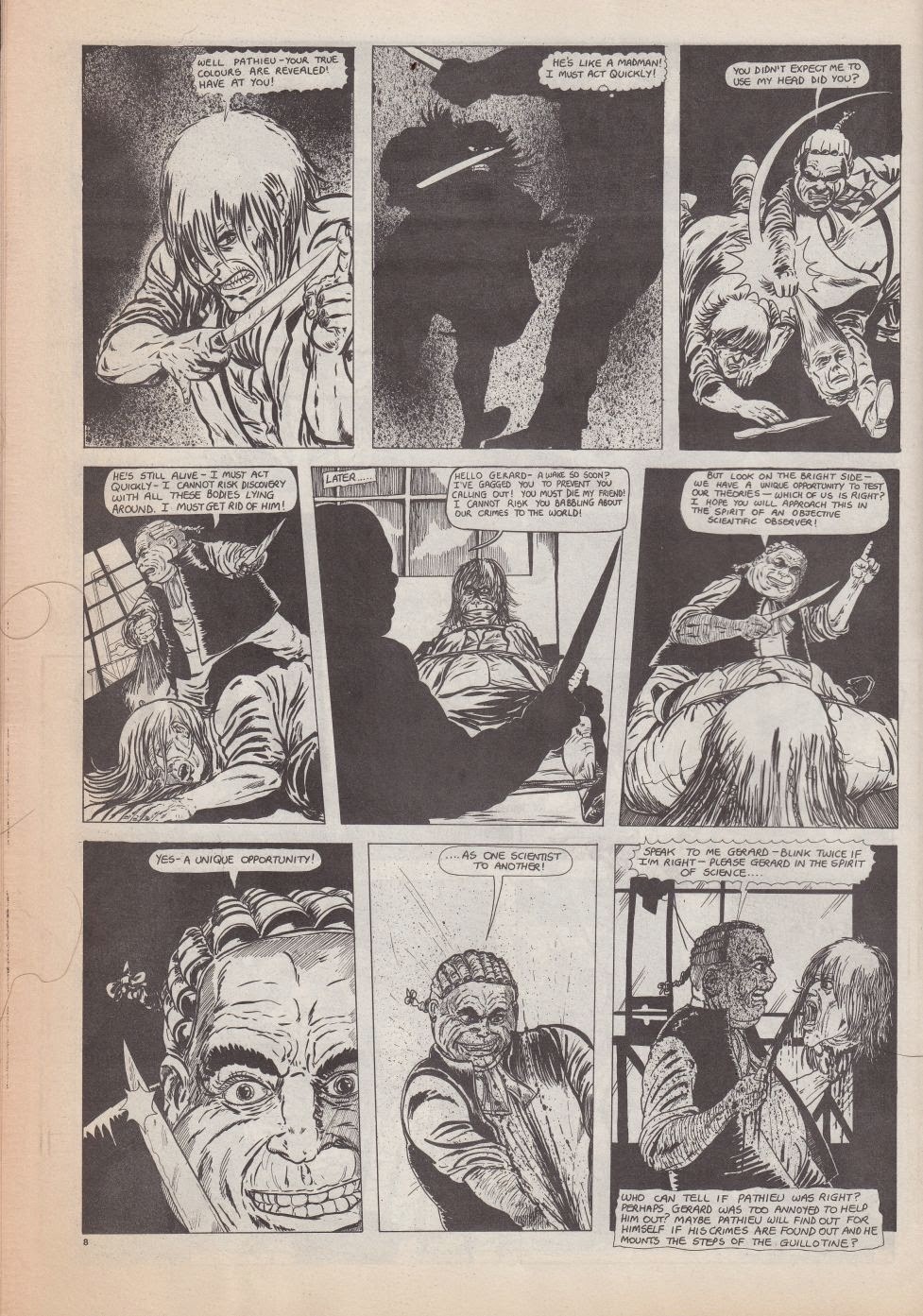 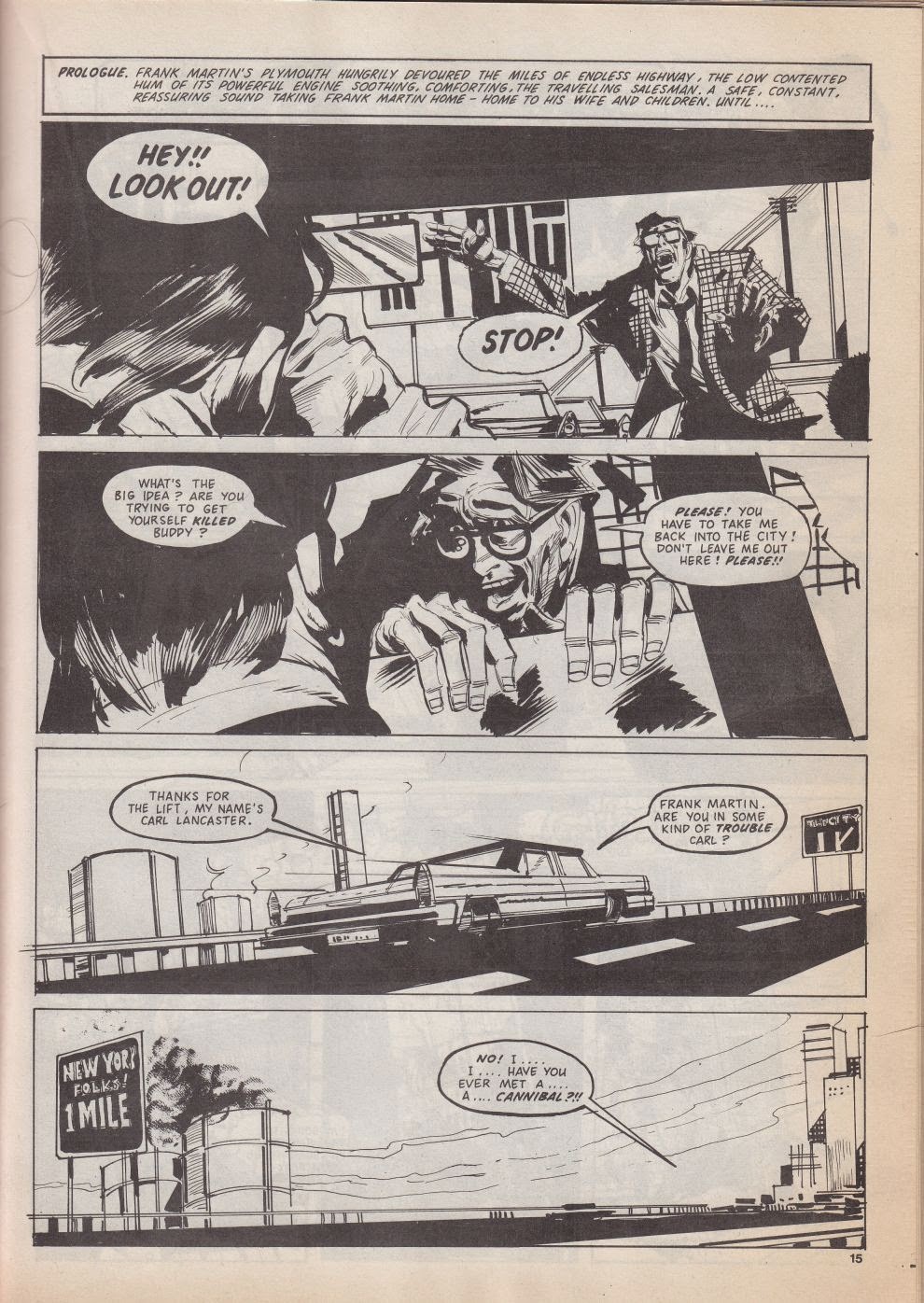 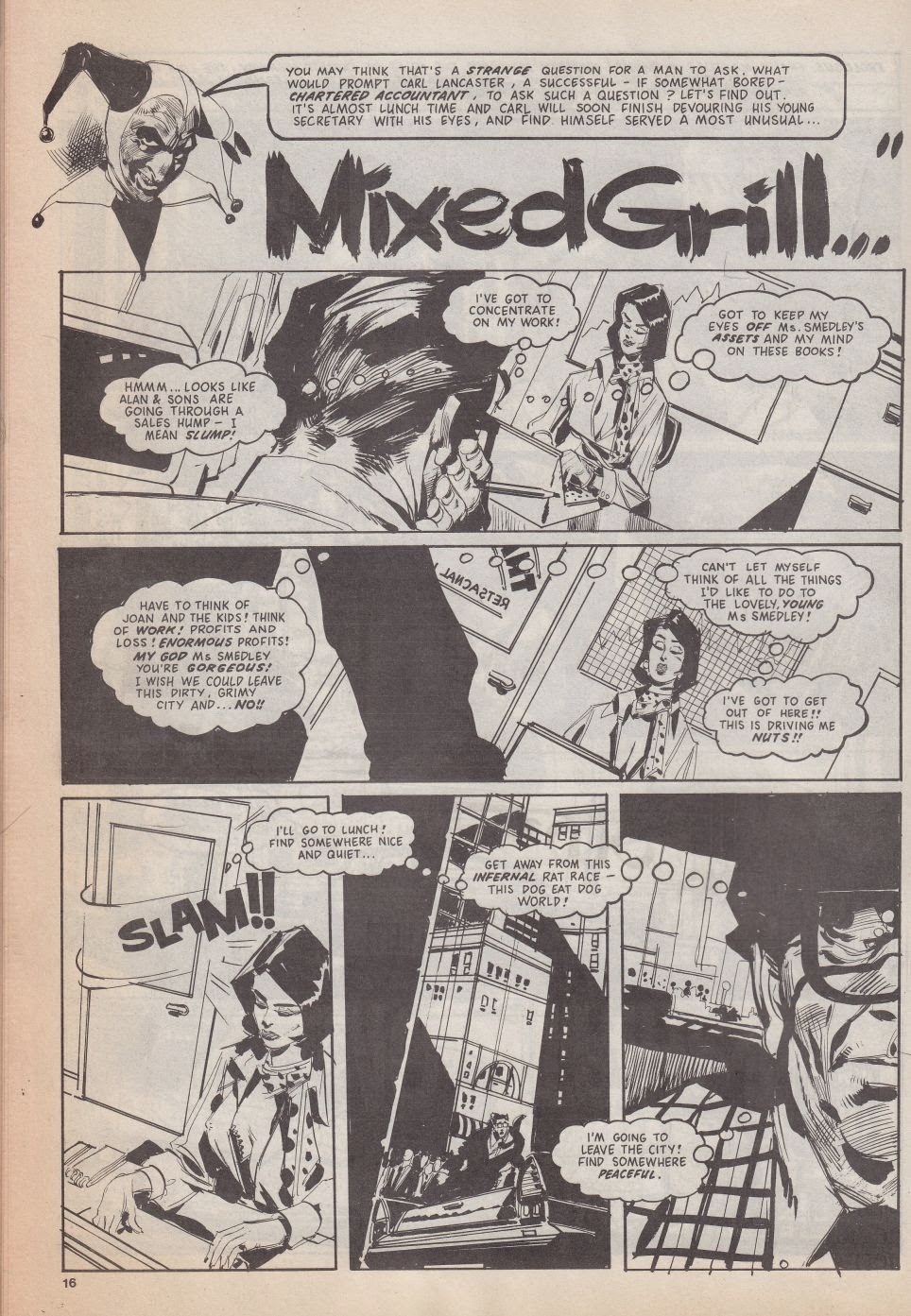 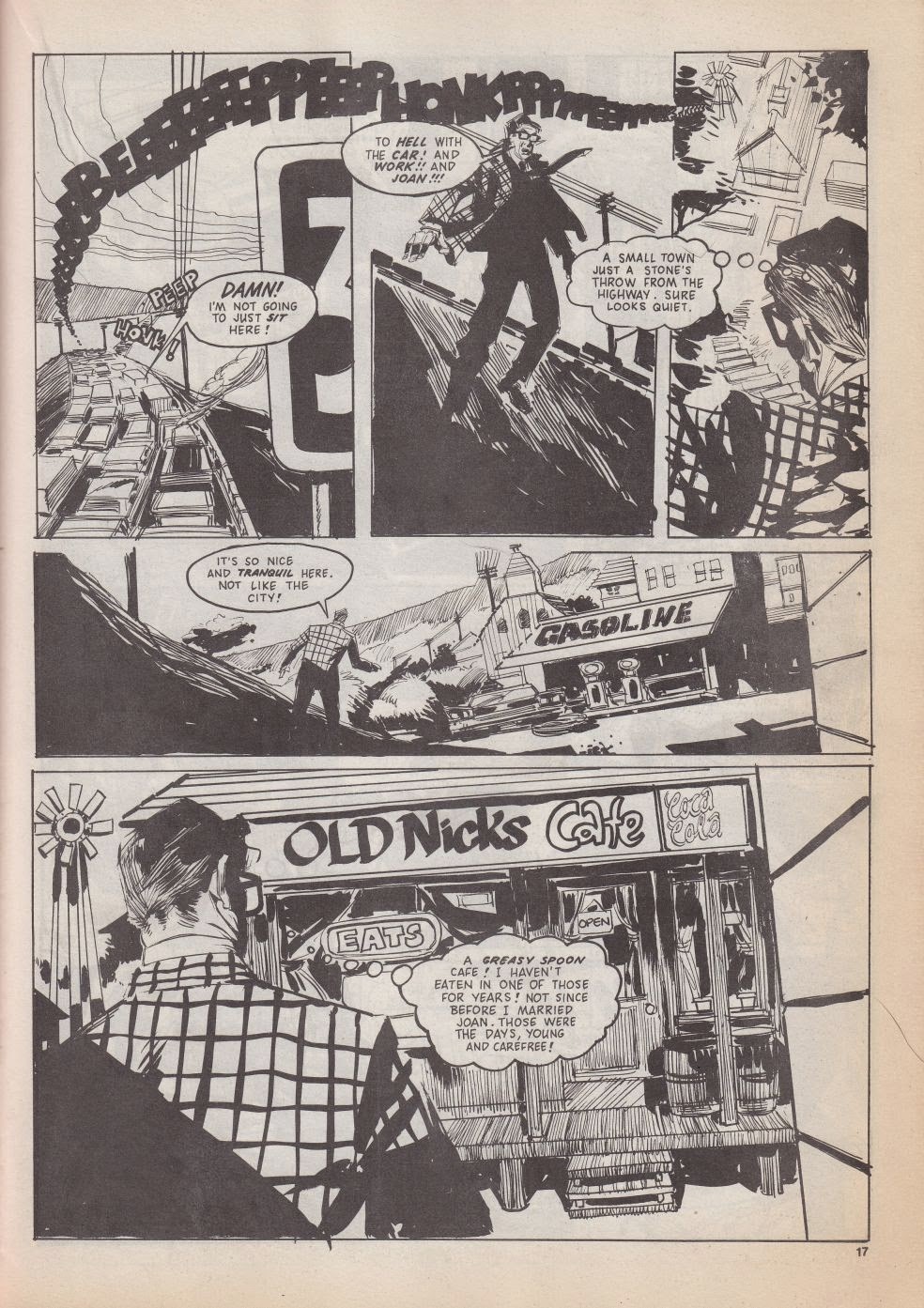 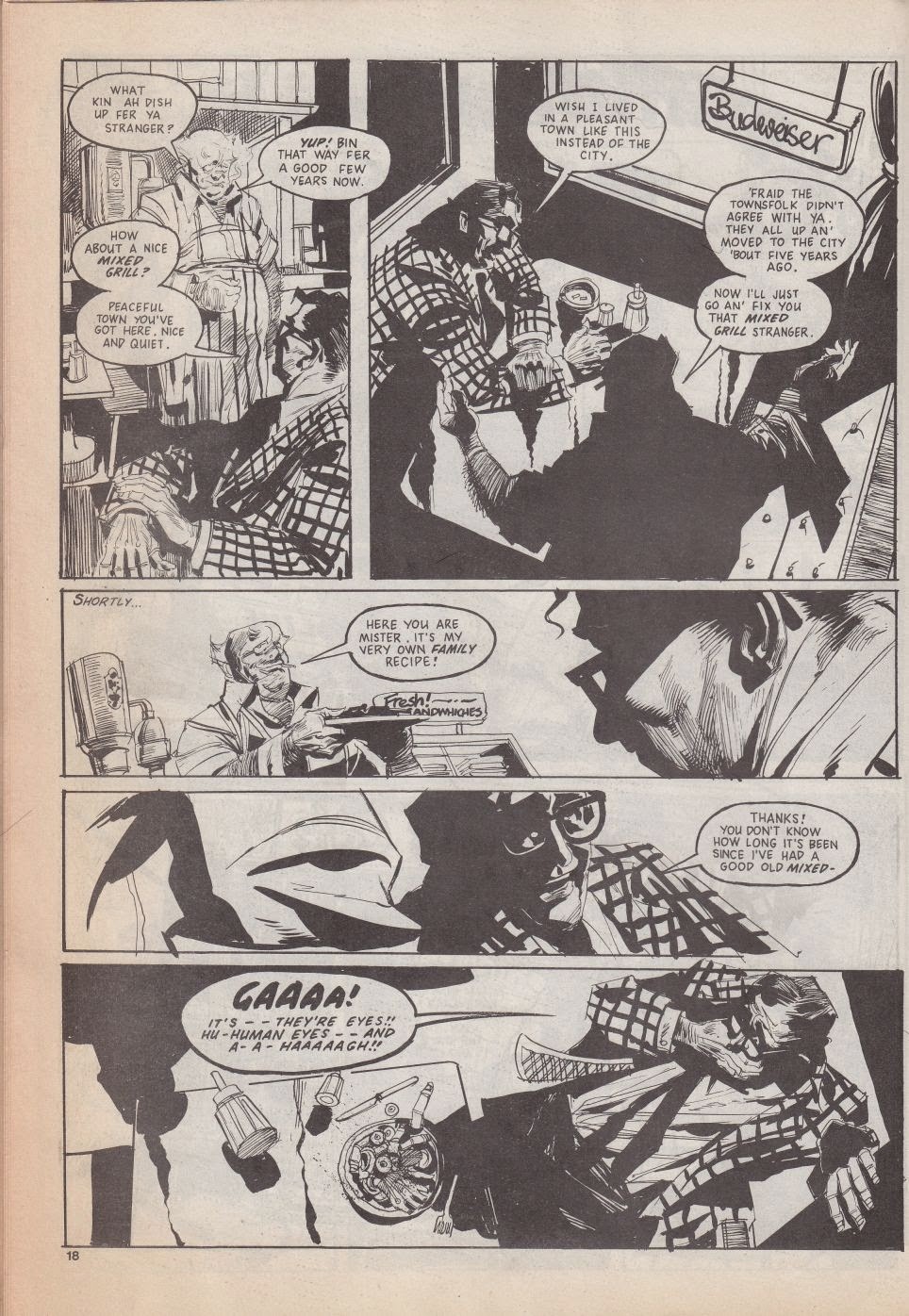 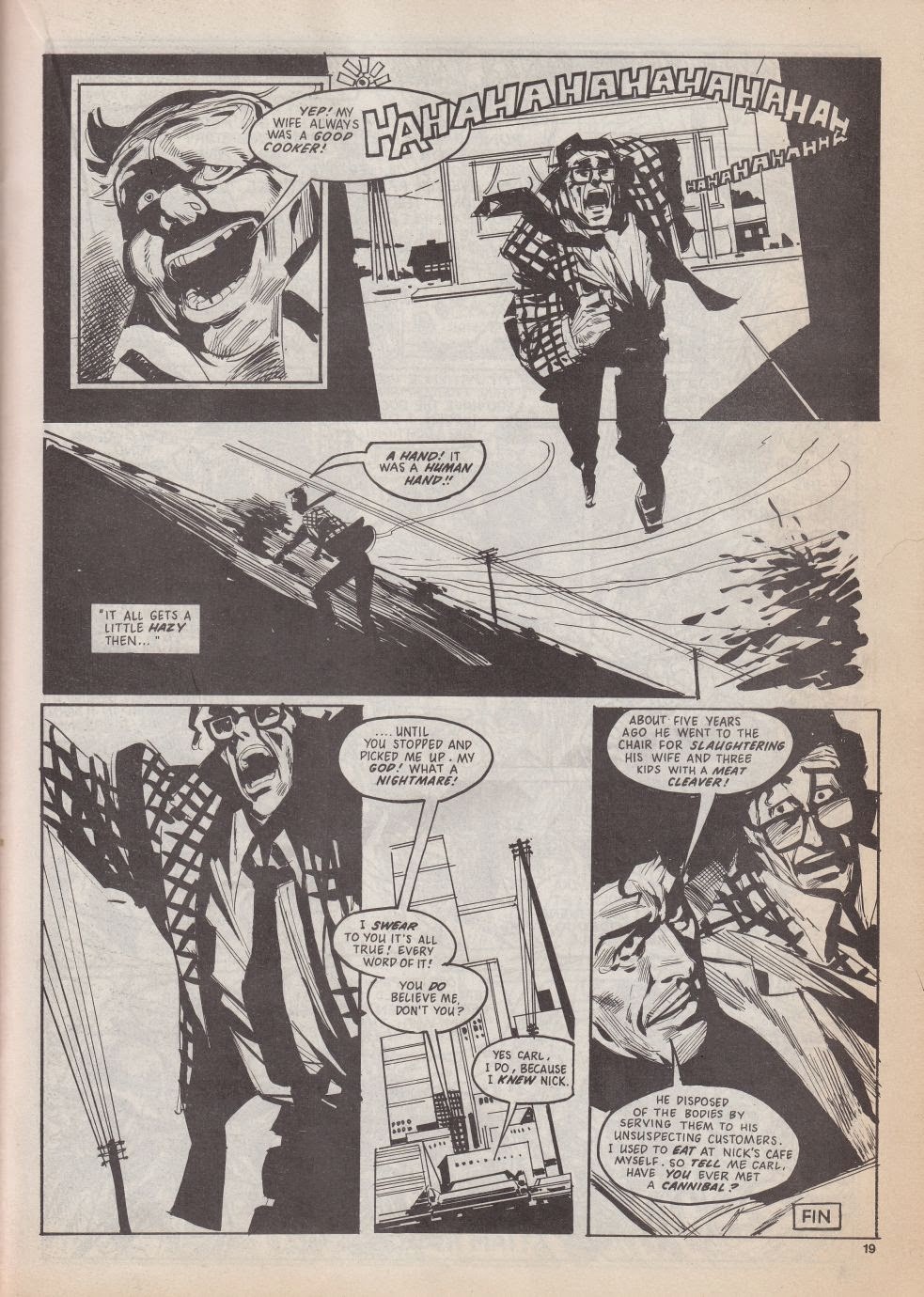 I'm coming clean now - I don't know enough about the history of horror comics (or non-humour comics in general) to make any comparisons between Bloody Hell and that which it's paying homage to - but from what I do know, there's a LOT more individual stories in here than in your typical horror title - fourteen of them across forty-eight pages (plus some mucky ads). So, there's a bit of information at least.

More pants-shitting now, with Meadowmoss, written by Steve Noble and drawn by Nigel Kitching (of Sonic The Comic fame!): 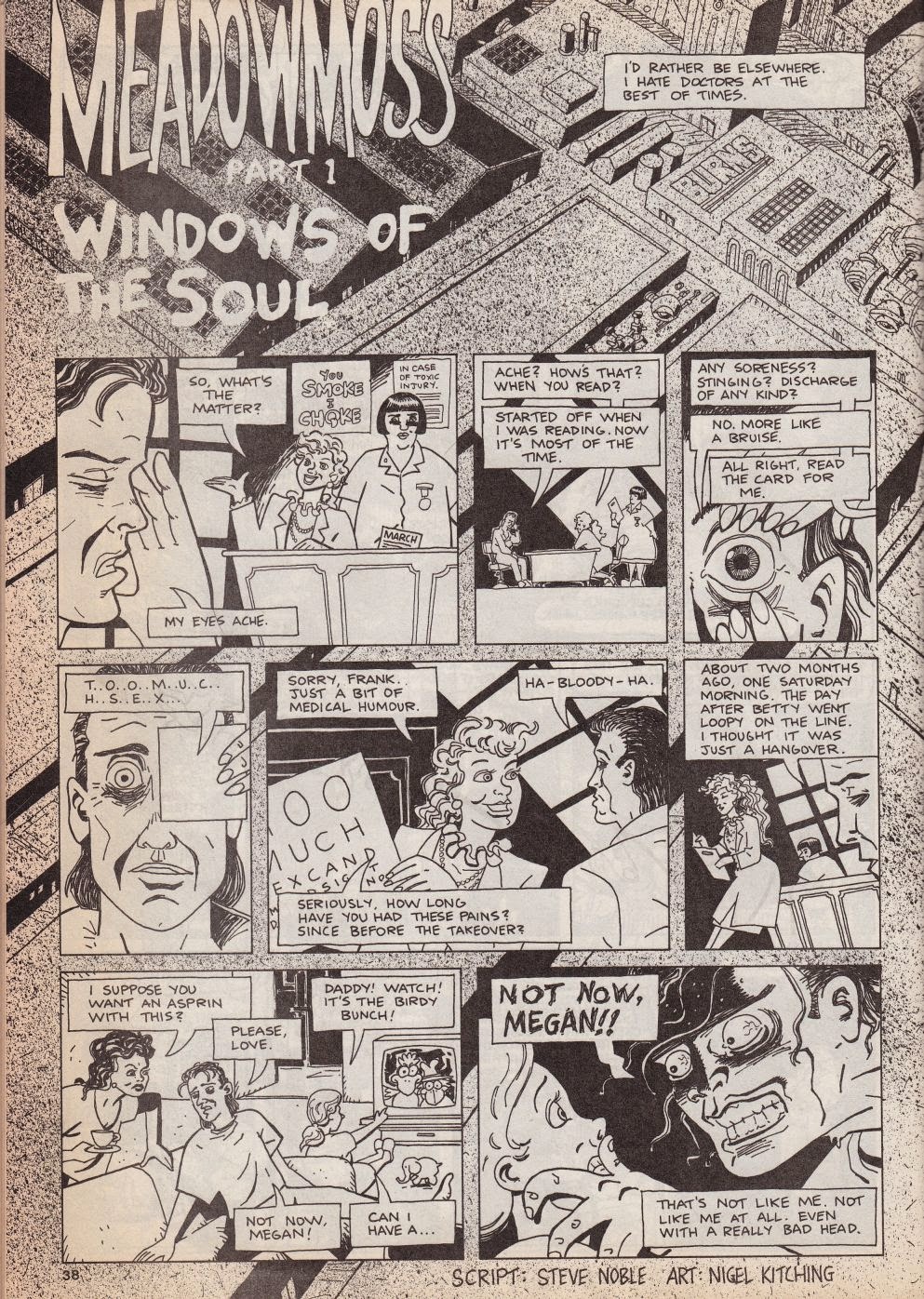 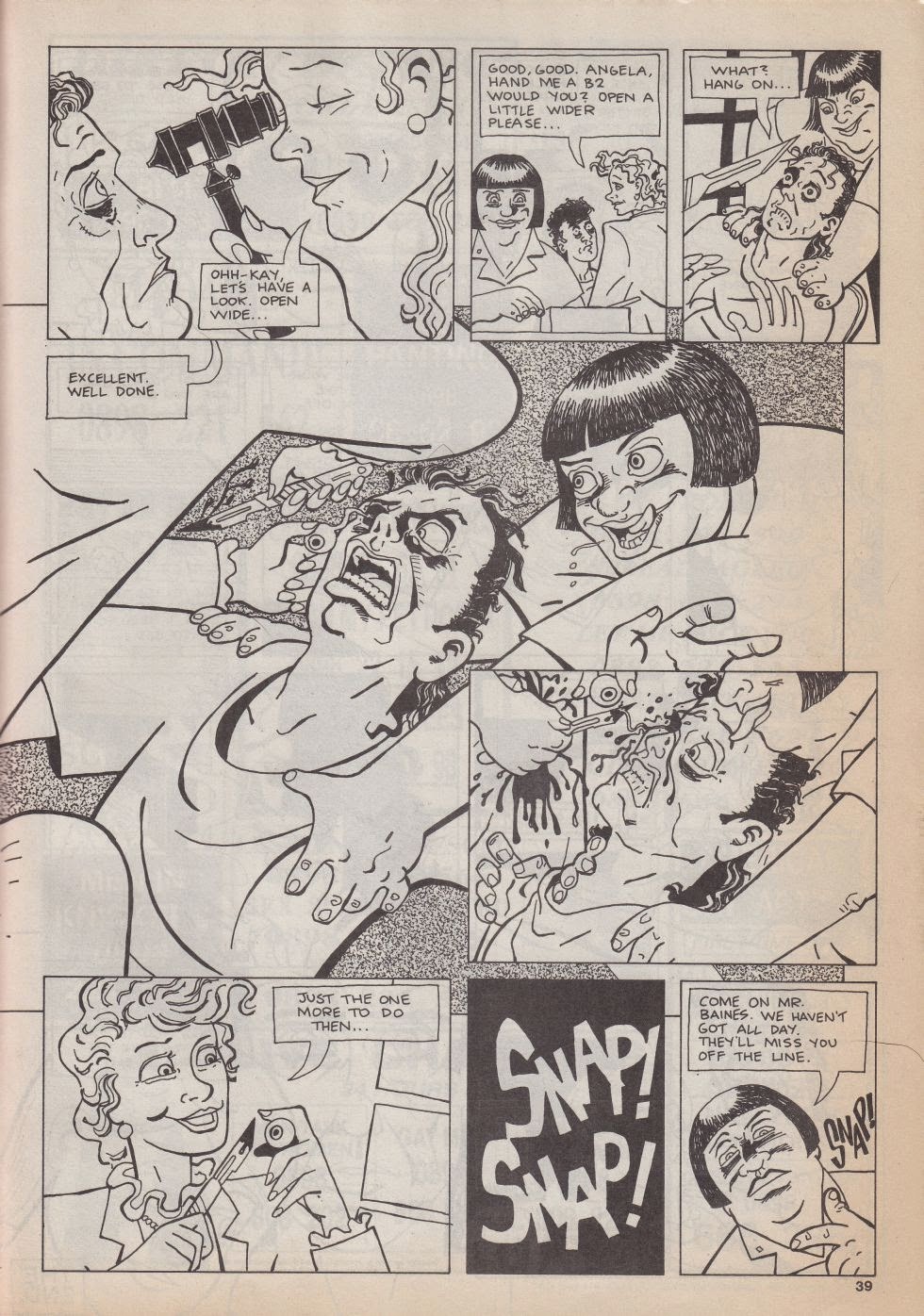 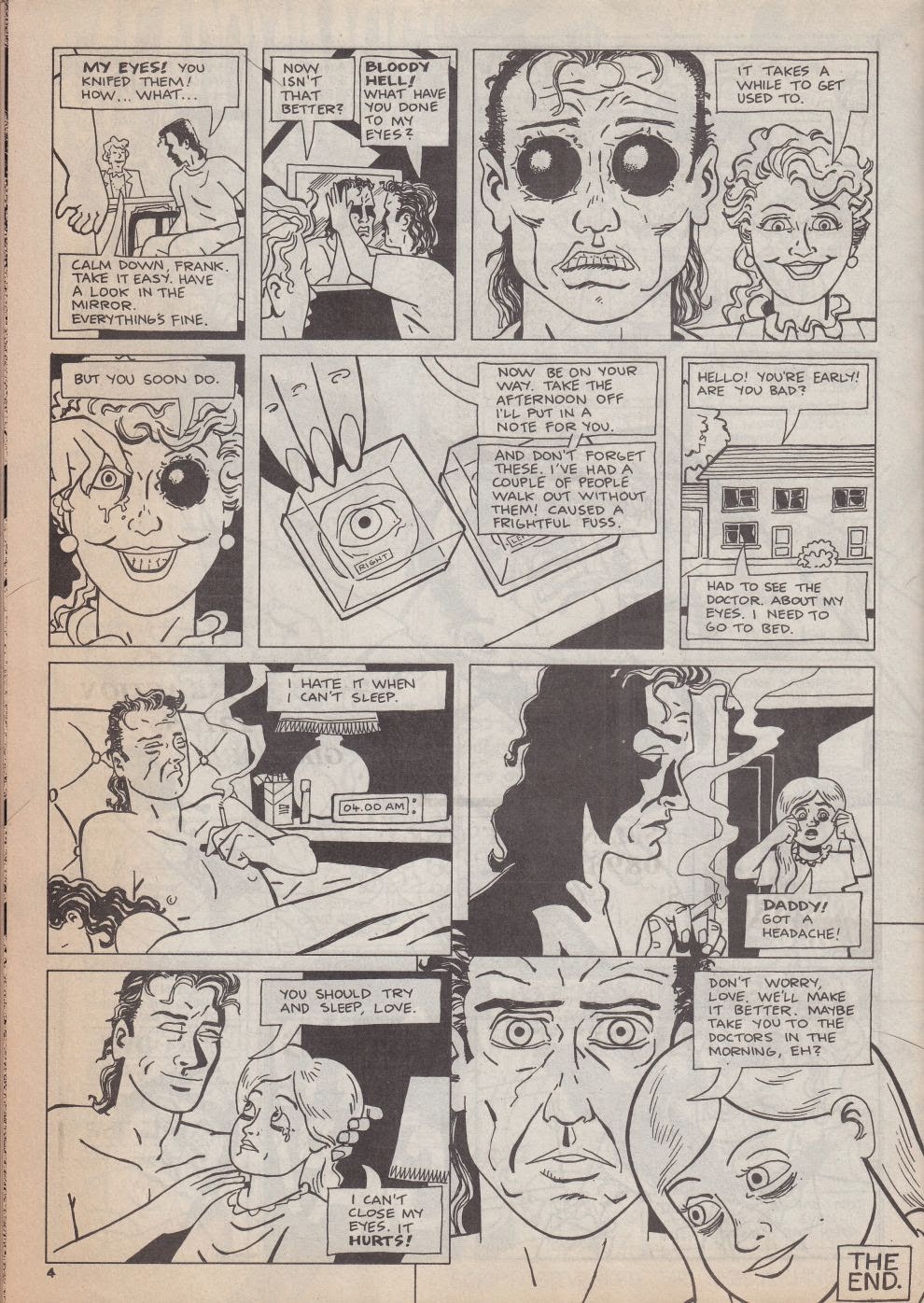 Notice it says "Part 1" under the title of that one? And there's a couple more in Bloody Hell that are also first parts... And yet as far as I can tell, there was only ever one issue of Bloody Hell published. I'd love to be corrected on that one, but for now we're only going by assumptions. The evidence for further issues isn't looking good. 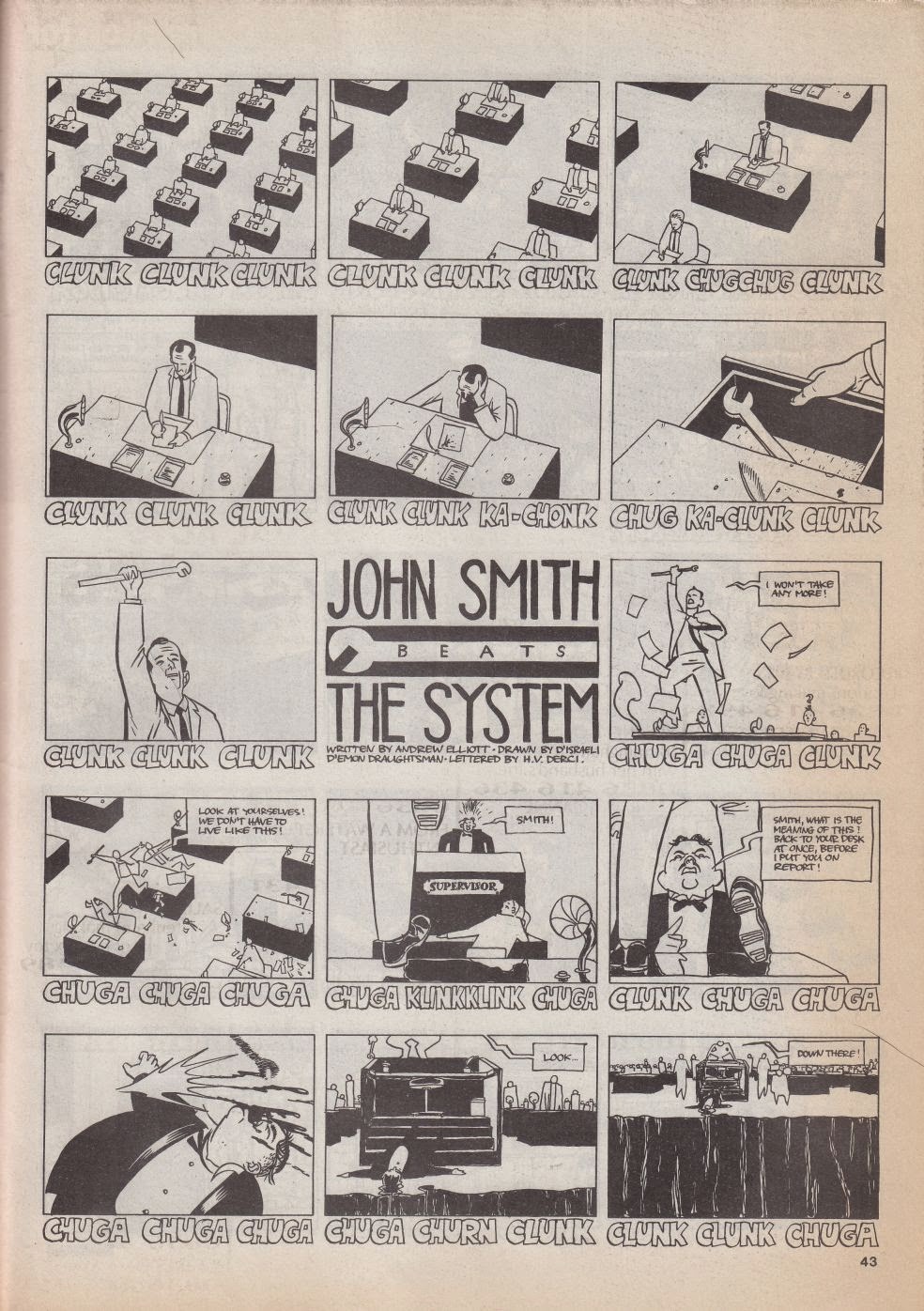 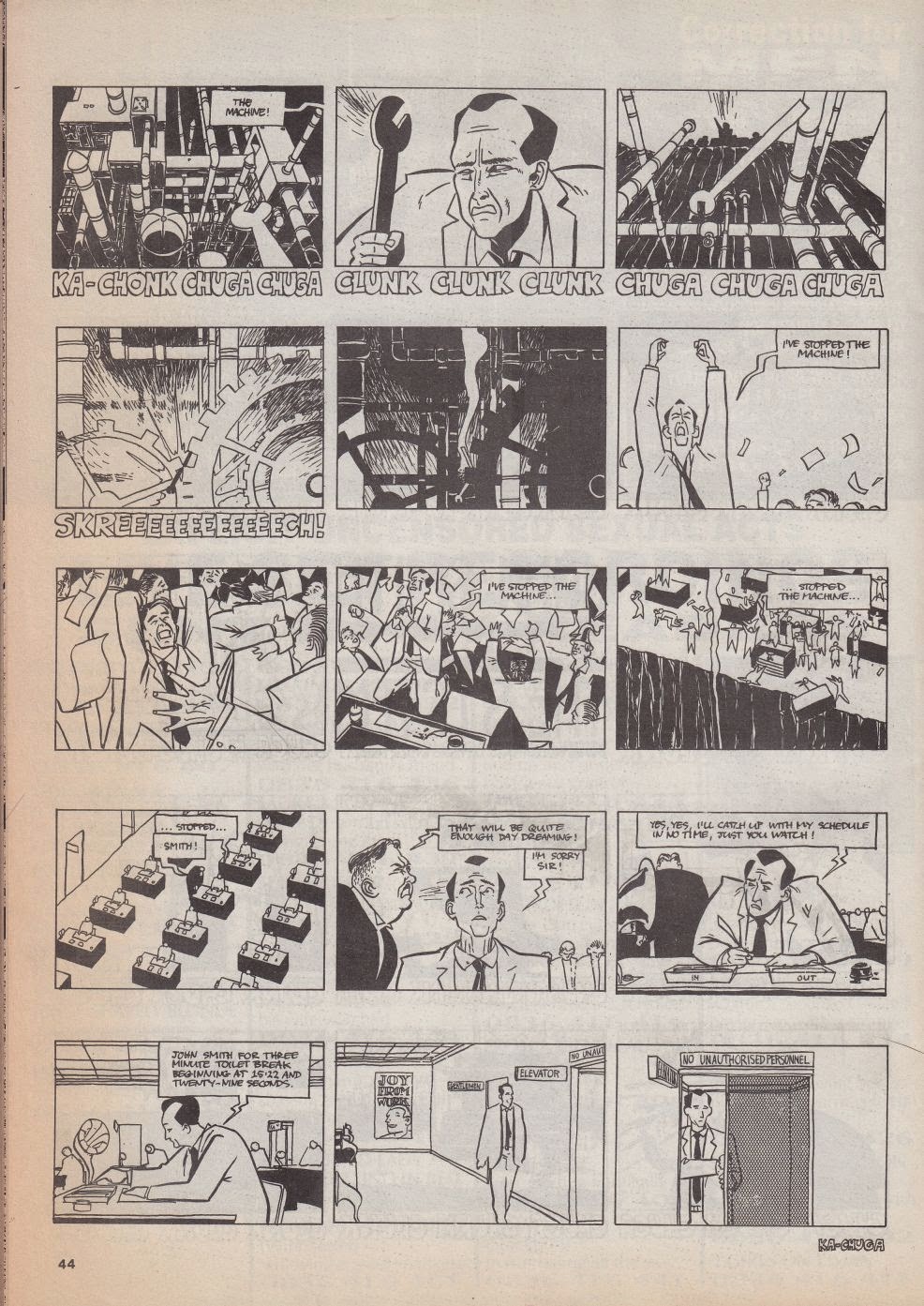 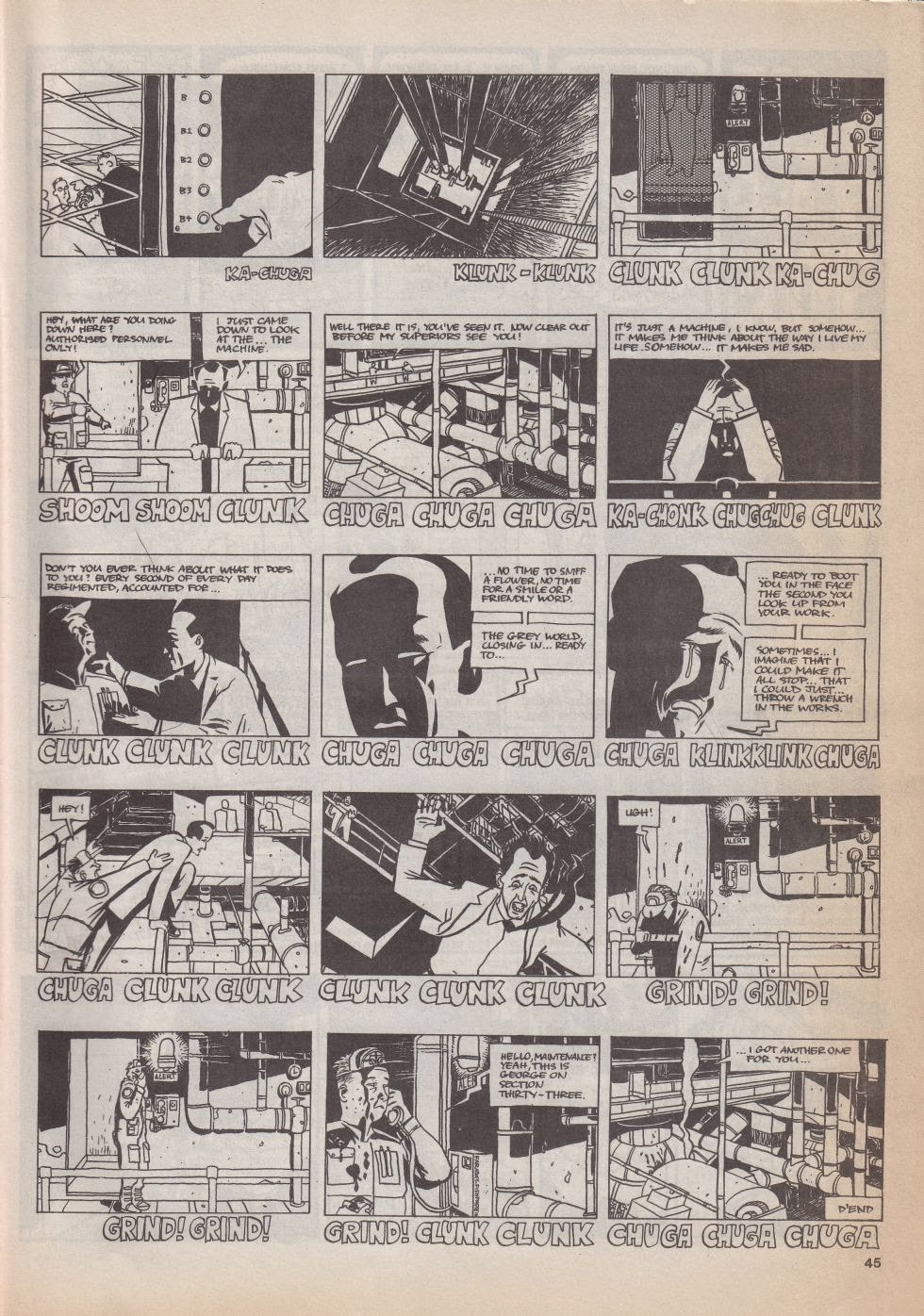 There's a couple of strips in here attributed to the scripting hand of a Mr. VK Lundsfeather, about whom I can find no information, anywhere. I'm assuming it's a pseudonym of Kev Sutherland's, because that's what all my research is pointing to. It being an almost-anagram of "Sutherland" is a bit of a give-away, but it's nice to think there's at least a BIT of mystery to this life. Anyway, this first one's illustrated by Sutherland, and it's one of those previously mentioned "first-parters": 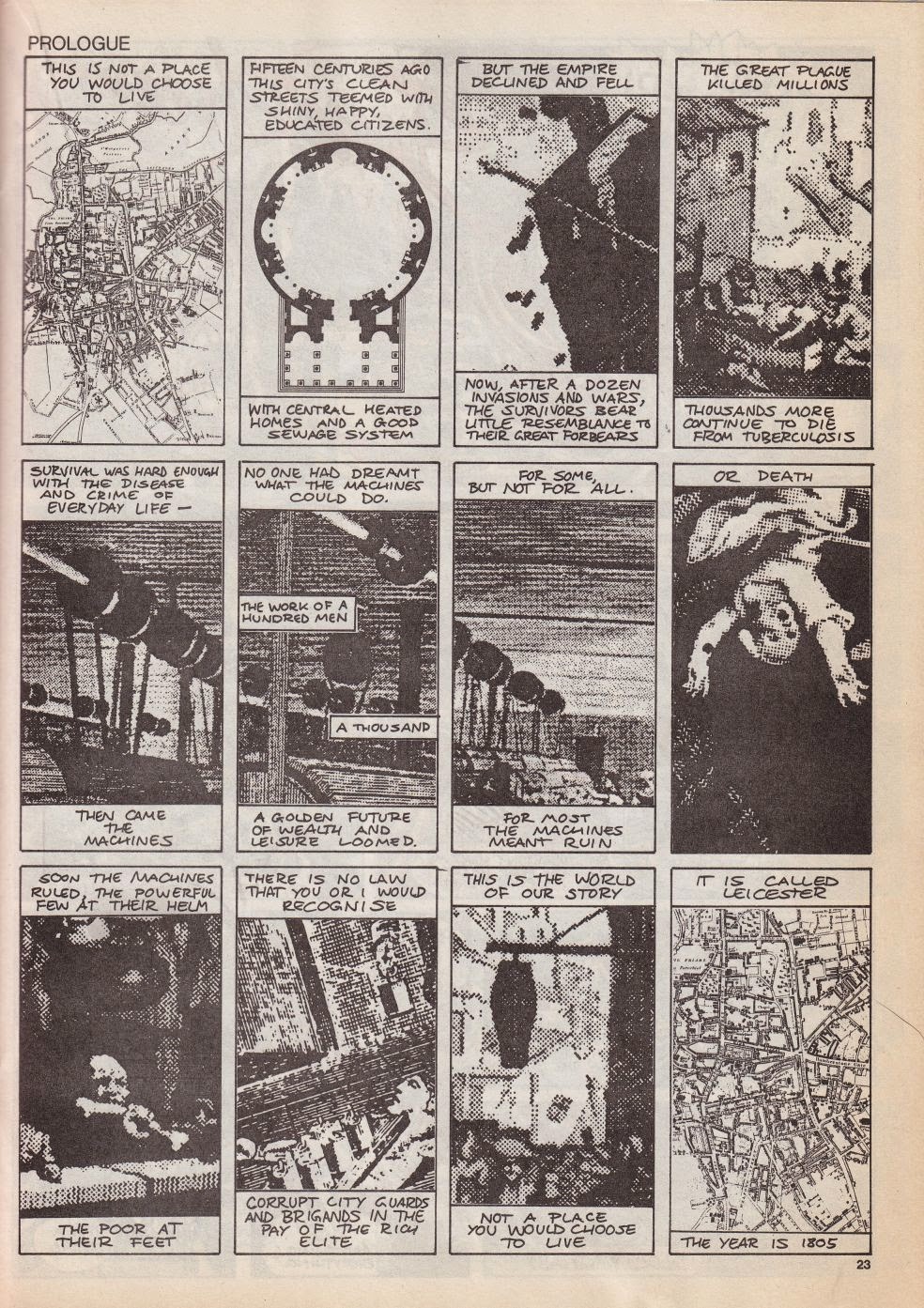 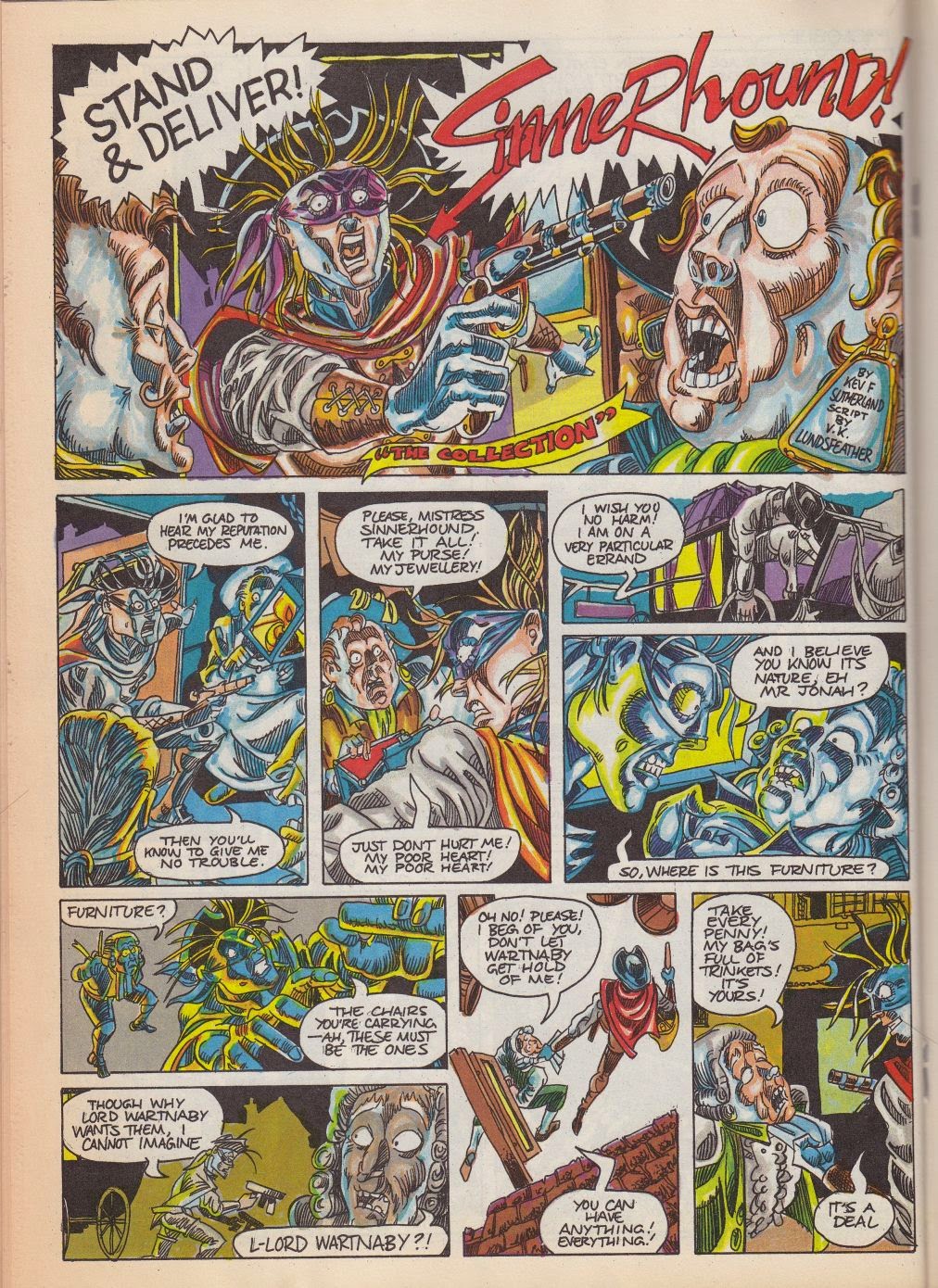 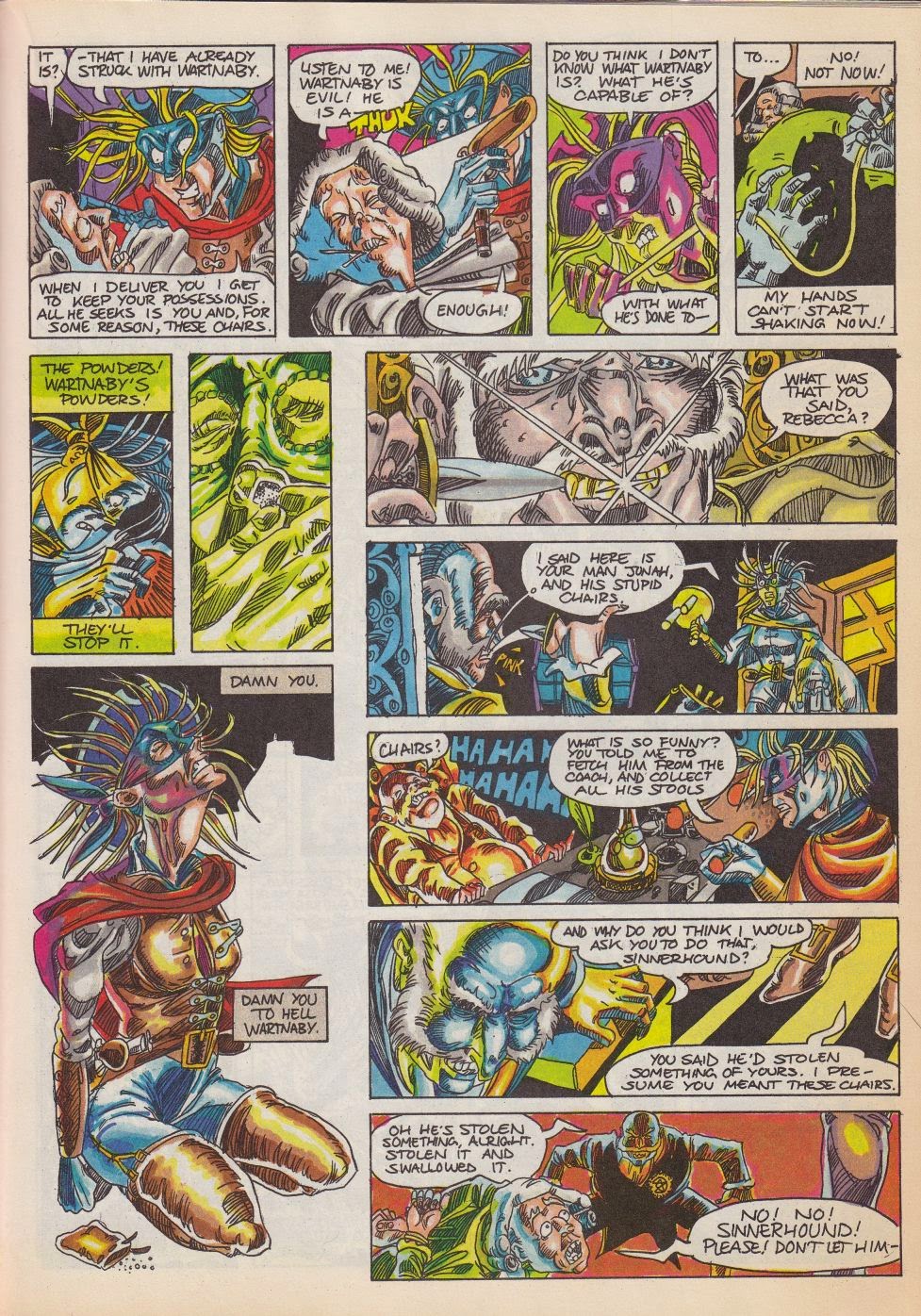 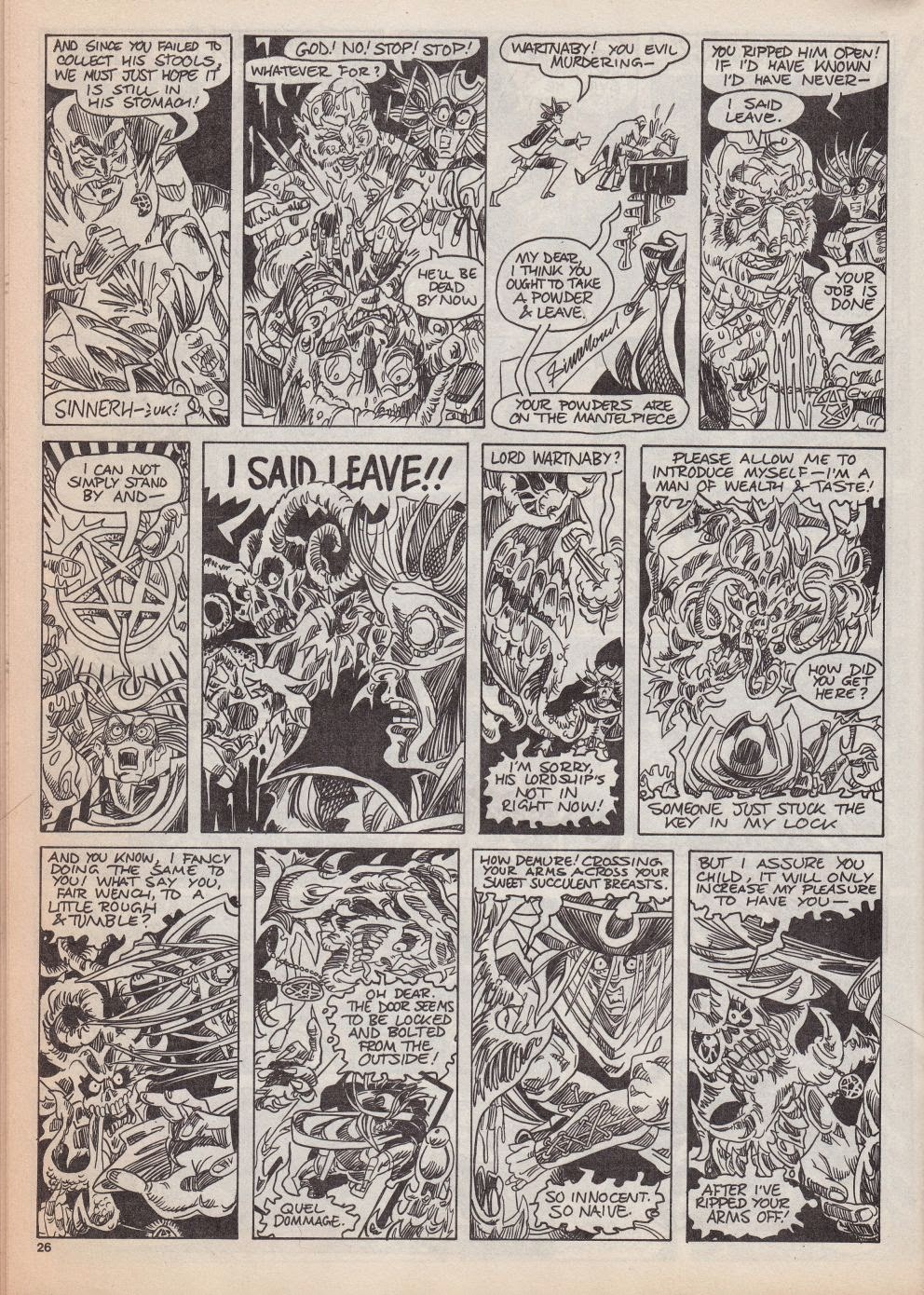 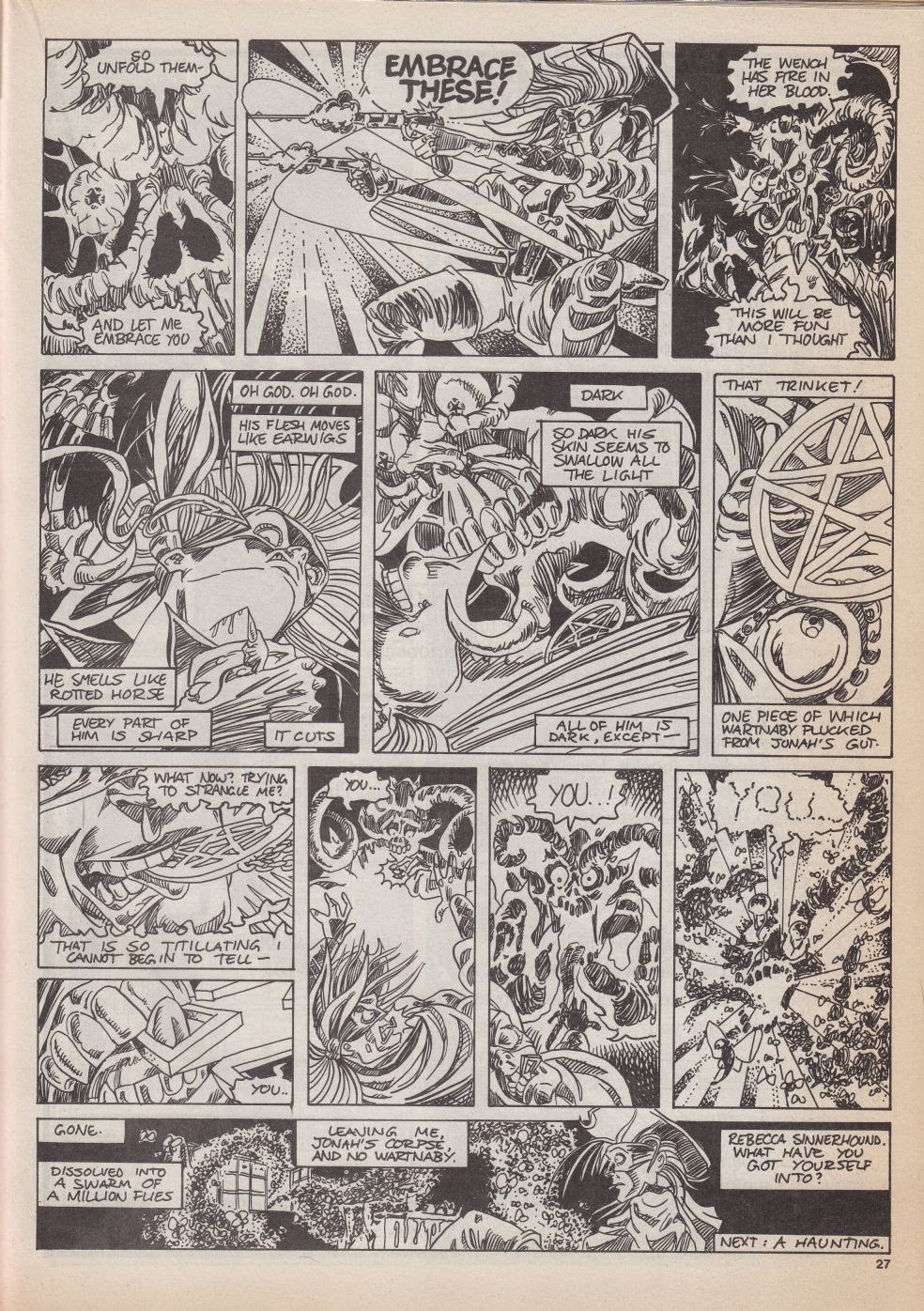 This unfinished Sinnerhound story is also available in digital form, along with a second "complete" adventure, for a nice cheap price if you're the type who's capable of enjoying comics in a non-paper format.

The other one from the "mysterious" Lundfeather is this Spiritualist detective thing, drawn by John Erasmus (who did Accident Man for the wonderfully un-PC weekly, Toxic back in the early Nineties): 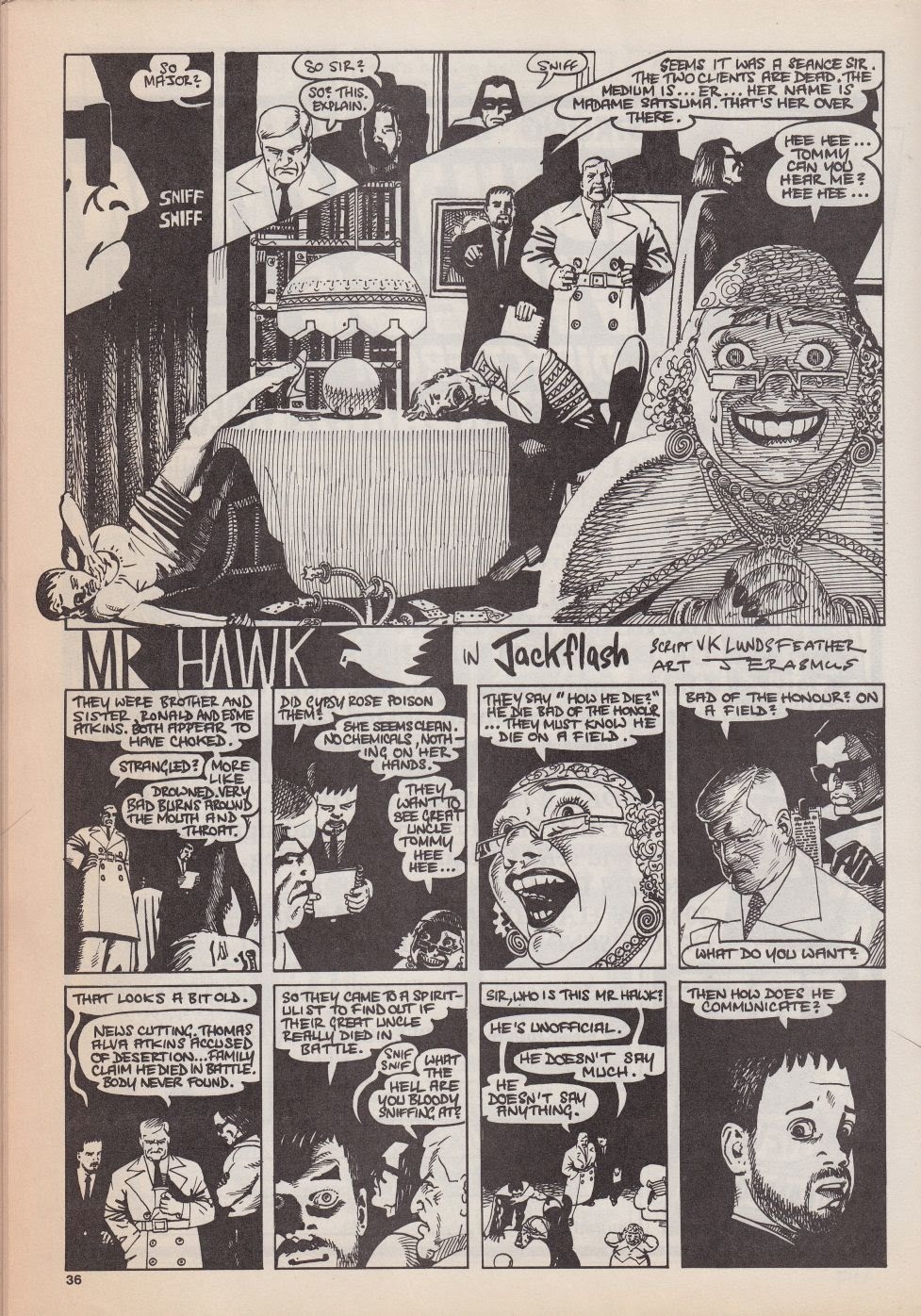 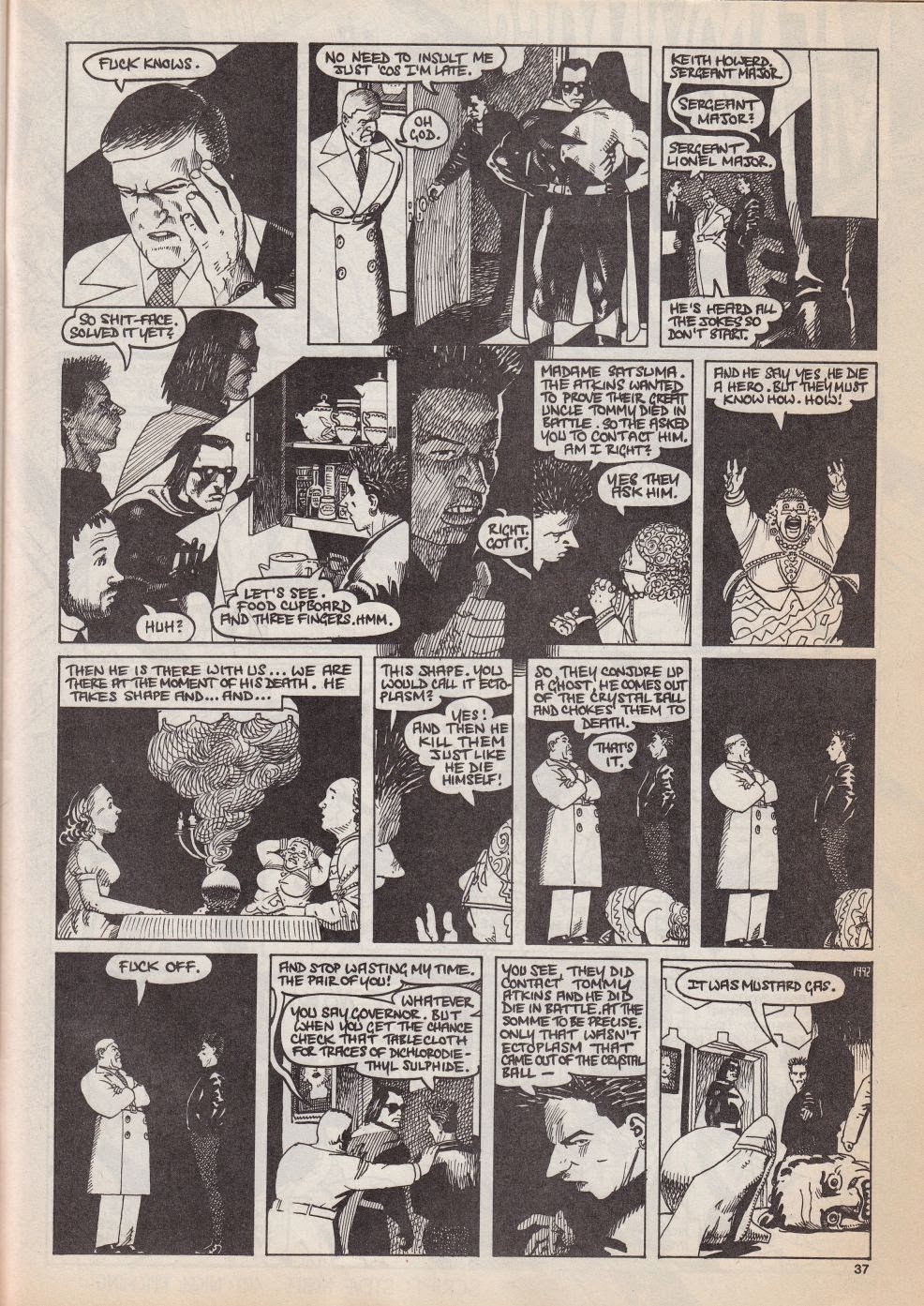 Mr. Erasmus got to use his colouring-in pens as well, on the back cover with this grisly historical bit: 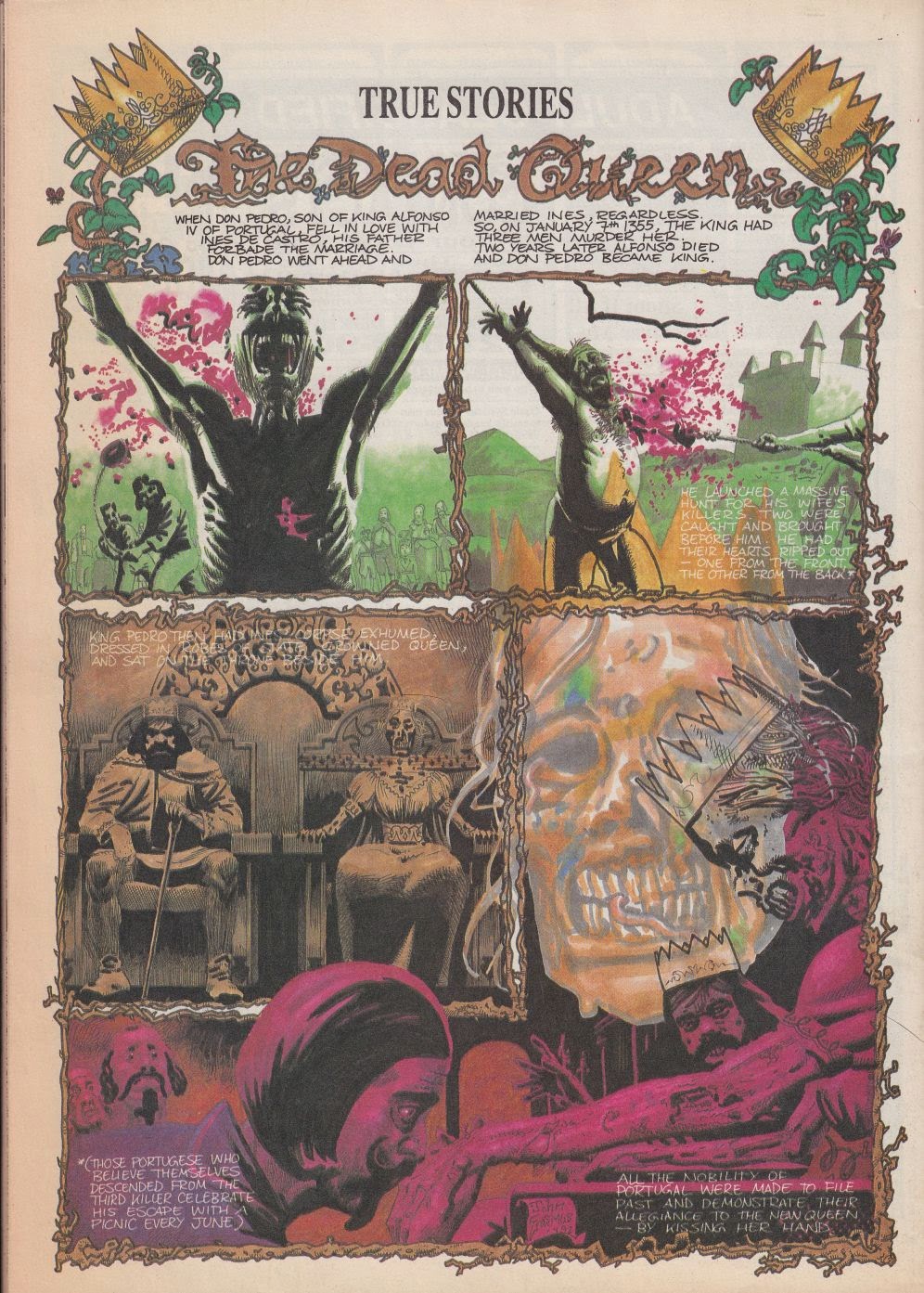 The last page of Bloody Hell is titled Short Sharp Shocks, in which readers are invited to come up with something scary in a quarter of a page. One of the other reasons I'm hoping that there was more than one issue of this thing, as this is a GOOD IDEA: 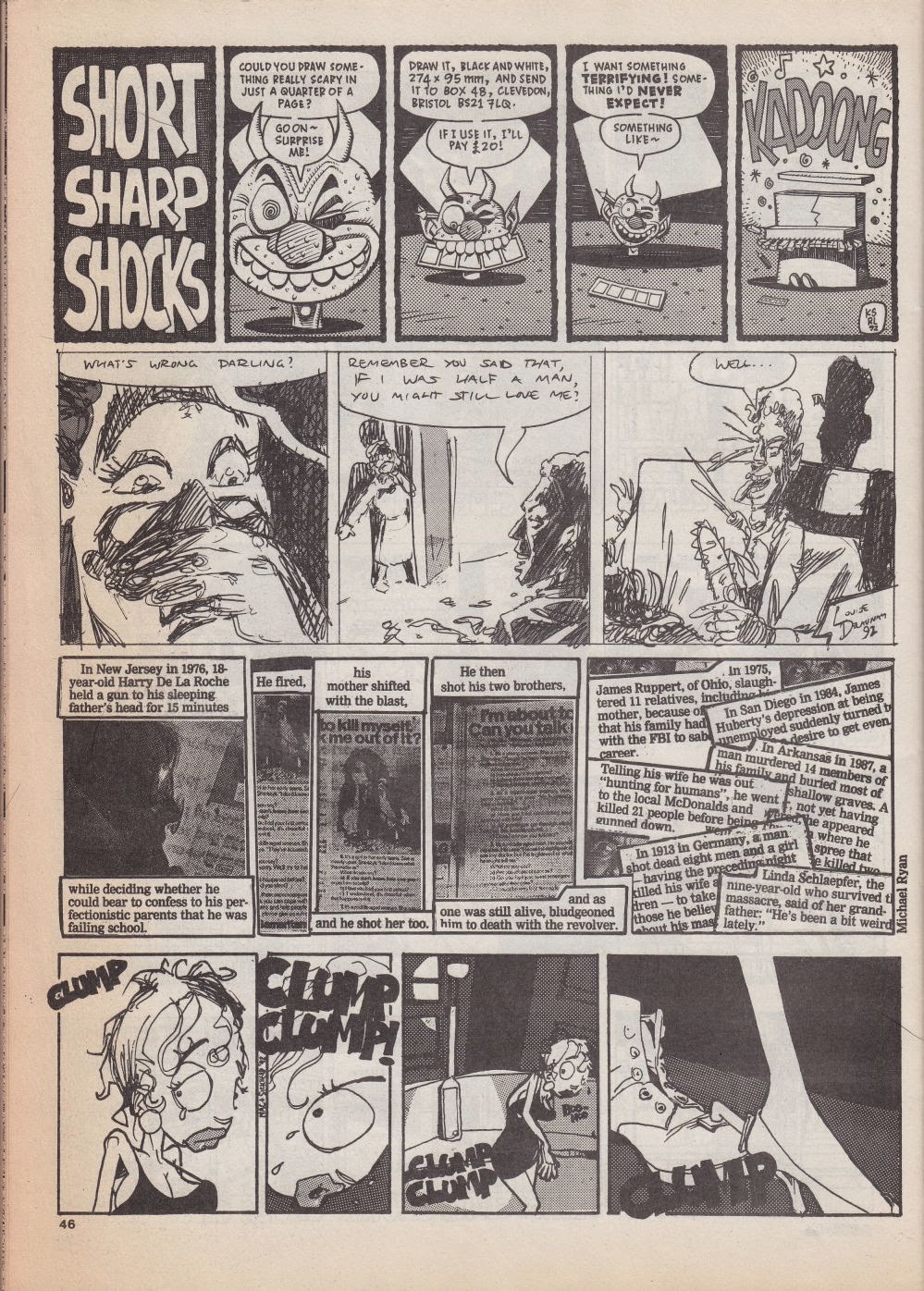 One last thing now, if you haven't already had more horror than you can handle. My personal favourite bit, it's Kev Sutherland's own "modern" version of Mr. Punch: 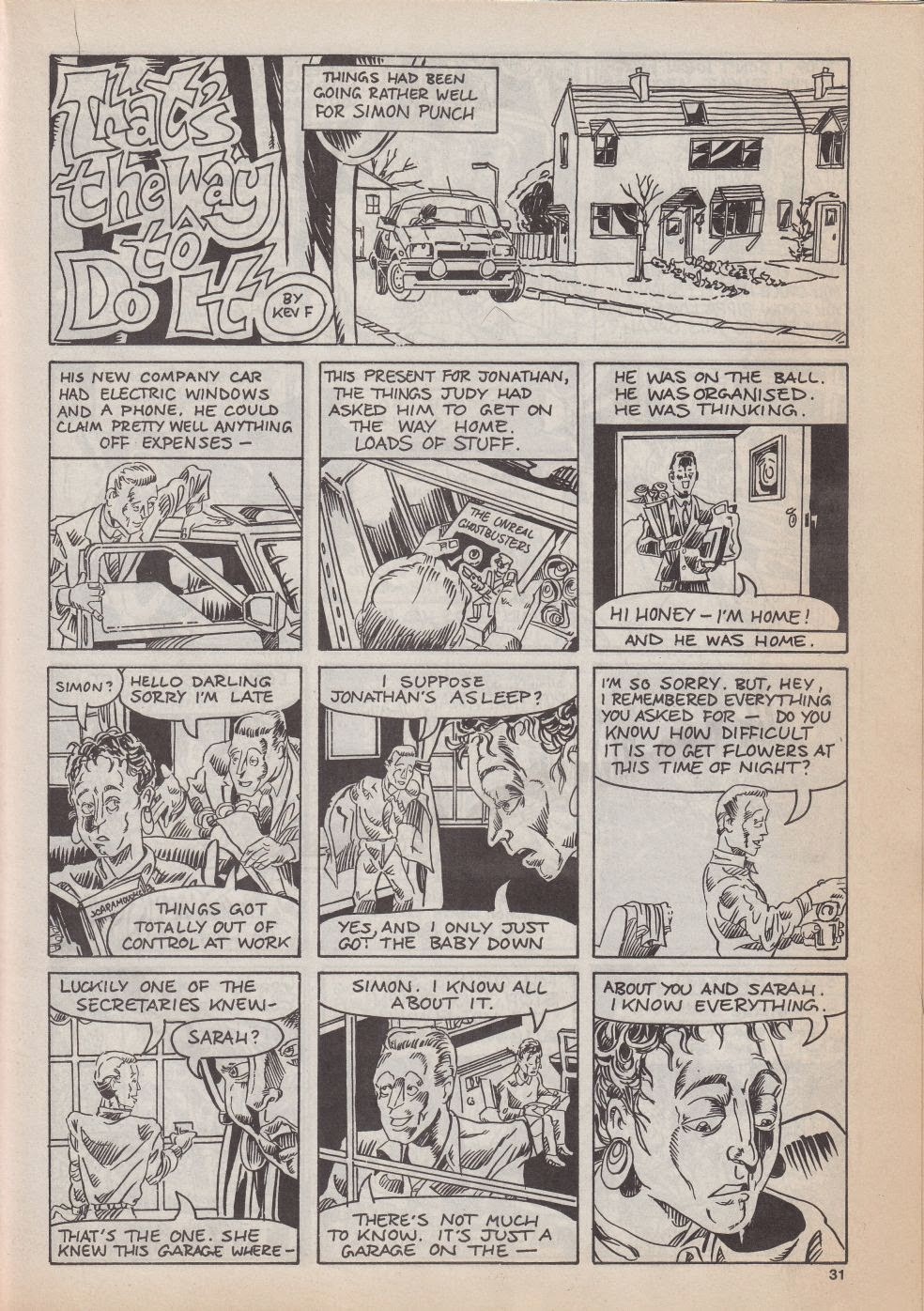 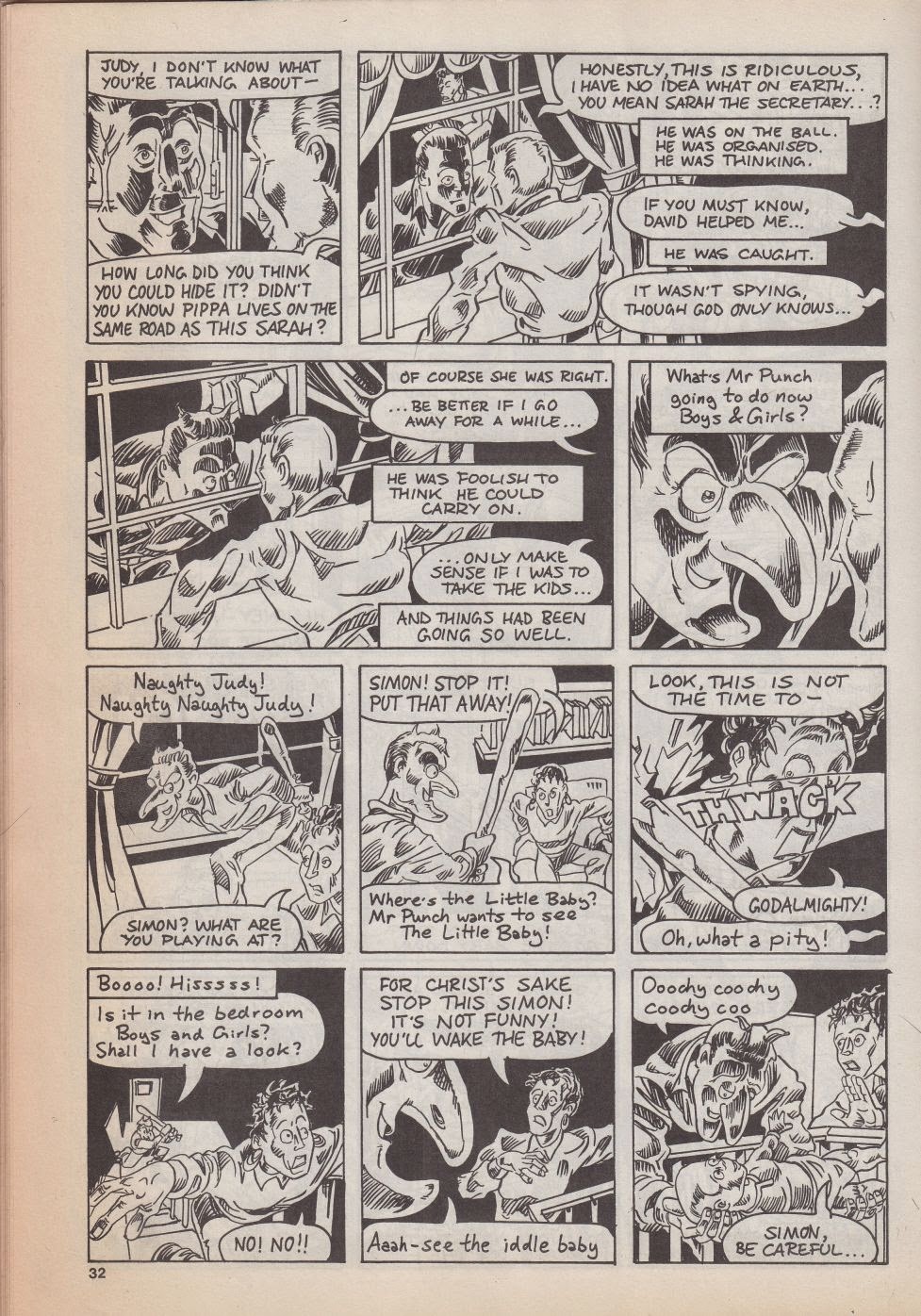 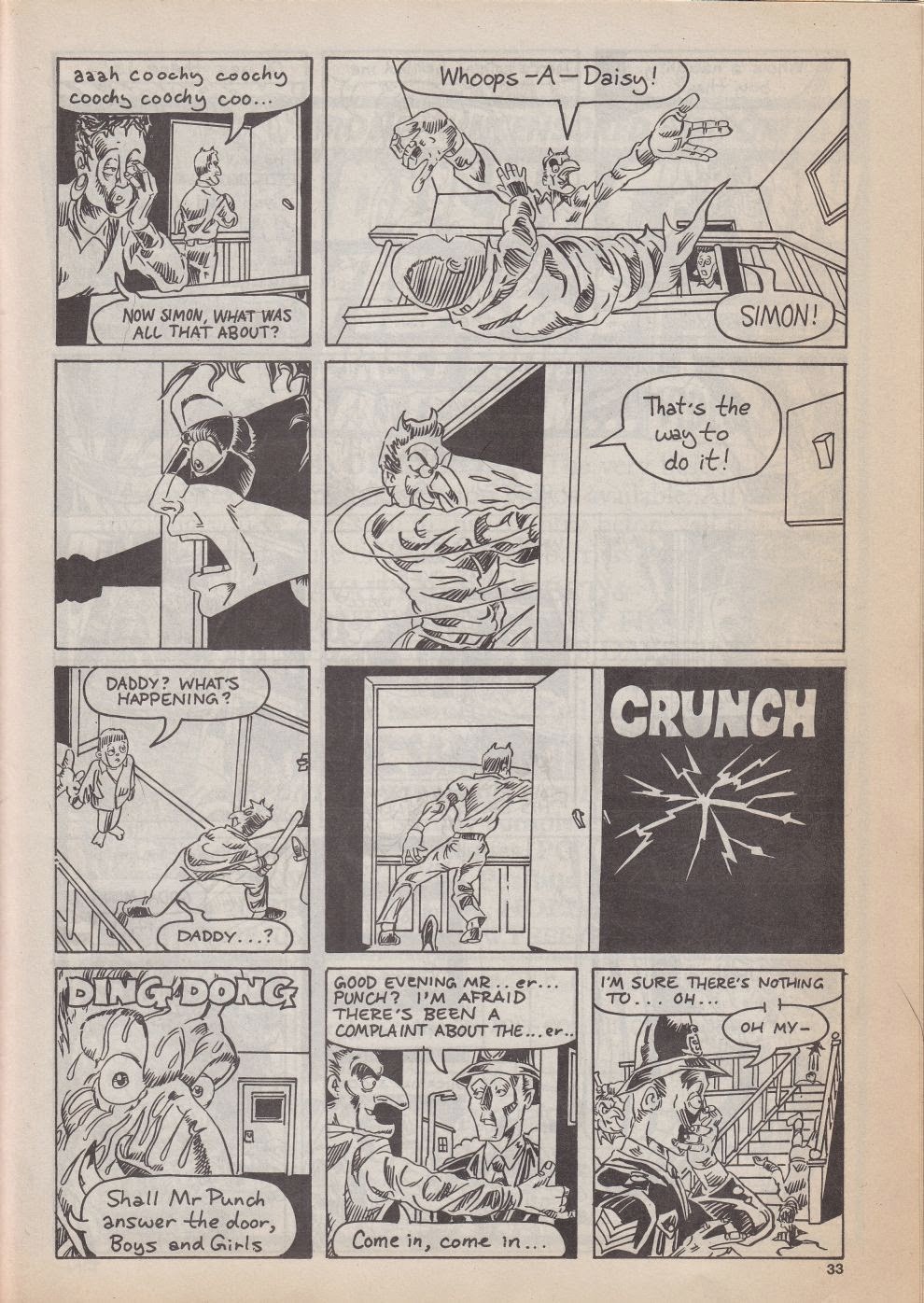 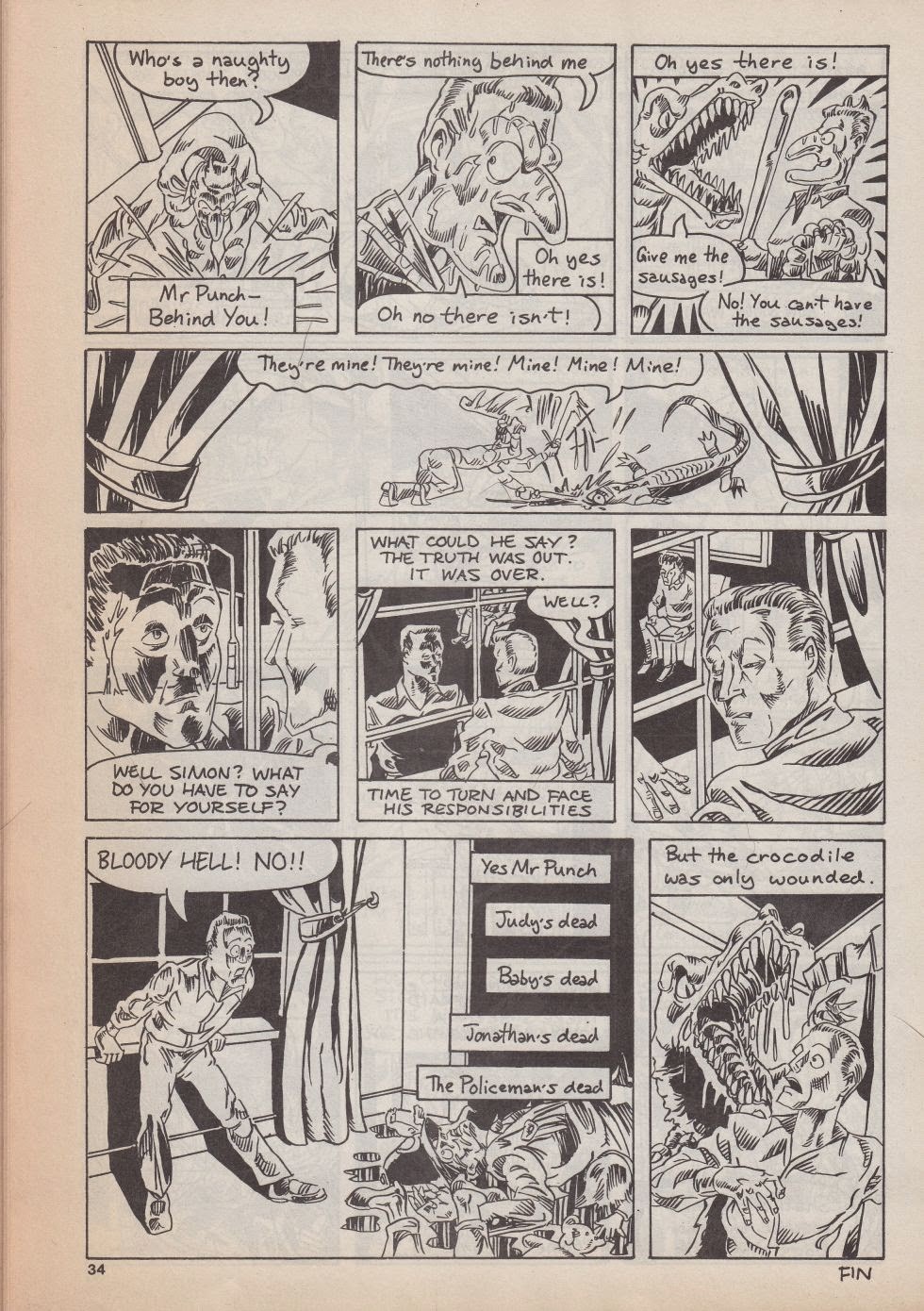