Next on the pile is one that took a fair while to find... I only knew about this one through a now-missing post over on Lee Turnock's blog, but find it I eventually did, and what do you know - it's from the same part of the world as I am! Here it is, it's called Igor. 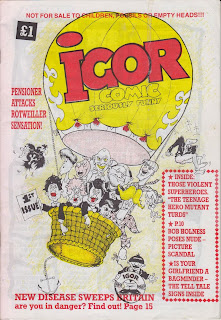 Is it any good? Of course not, but that's all part of the fun... Right?

Seems like it's from 1990, and as far as I can tell this was the only issue that ever made it out - I'd happily accept being corrected, but in all of my "trawling" this is the only issue I've ever seen. It'd be unfair and absolutely false to say that the first page starts with a Zit reprint (Raging Knievel), what with Igor being a year older than Zit and all that - but my first thoughts were "Oh, I've already seen that in Zit", so there we go. Unfair, yes, and untrue also, but there we go.

Things get more promising on the NEXT page with Bill Naylor's strange horror parody, Black Panties, Killer Scanties, which is about a killer pair of black panties. Scanty: 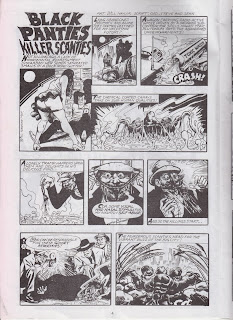 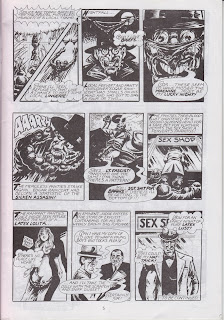 Also from Mr. Naylor there is Clit Eastwood - He's a Bit of a Cunt. That might be my new favourite tagline for a comic character: 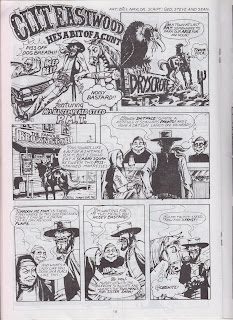 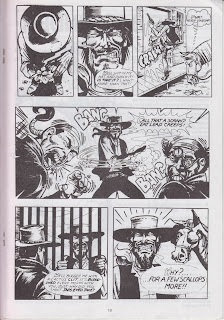 Just a shame it took three people to come up with that pun!

Next up we have a couple of cartoon parodies, sort of. Can you really call something "parody" if all it does is change some names and add a few swear words? 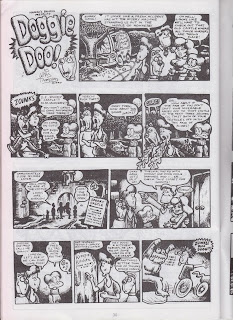 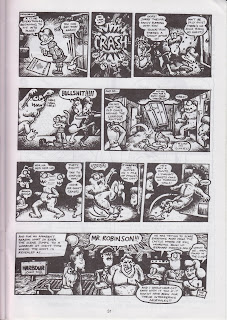 The other one's got a slight whiff of "scribbled at the back of an exercise book during maths" about it: 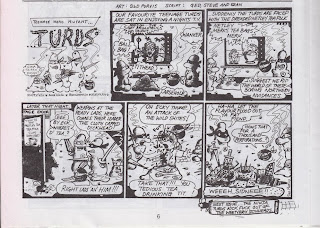 And again... It took three people to come up with "Four sentient pieces of fecal matter murder Gaffa from the Tetley Tea Folk". Interesting. Round the Bend did a better job of this one with their Teenage Mutant Ninja Toilets. It's not on YouTube, so if anyone knows what I'm talking about there they should give themselves four points.

This next one's the highlight of Igor, which might be saying a lot, but it's the silliness of it all... Like a sweary version of something you'd find in Oink!, it's Father Neville, The Frog Exorcist: 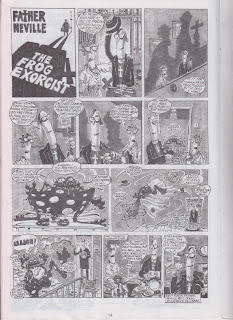 At the opposite end of my list of All-Time Favourite Comic Strips That Appeared In That One Issue Of Igor is this one, which plays on that comical notion that all homosexuals are predatory rapists: 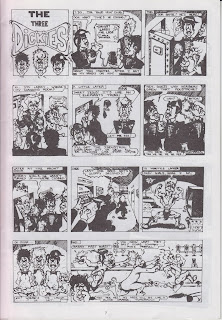 The second most least-good is this junior version of Jimmy Tarbuck, but that might be intentional, who knows? There's some nostalgic adverts for people who like that sort of thing as well: 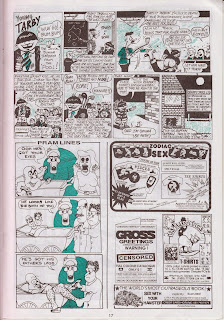 For those that are too young for this sort of thing, Jimmy Tarbuck's a Thatcher-loving comedian and possible child-molester. His daughter is the narrator of Supersize Vs Superskinny, and that really is everything there is to know about him.

What else have we got... There's this odd thing about Anne Diamond and Jack Charlton: 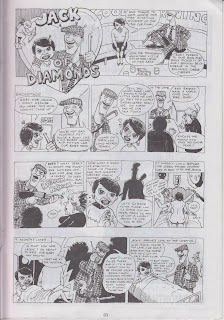 And here's the punchline... 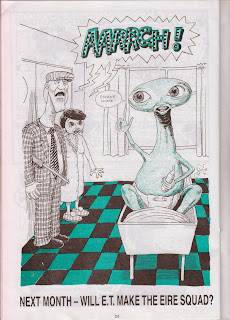 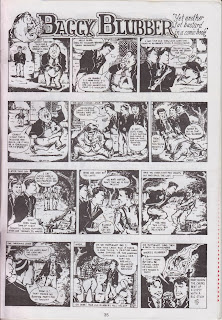 Rubbette O'Slade from the 70's Decade (good rhyming name there!) is drawn nicely enough, but doesn't really do anything. Our hero just mentions some things from the Seventies then gets beaten up a bit, but at least it looks alright: 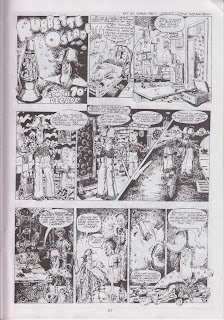 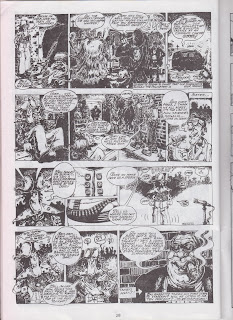 Igor does this as well: 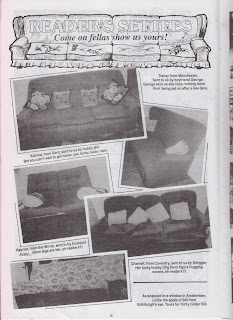 And also seems to have a fascination with old people, and the death/removal of them, as evidenced in no less than THREE things (plus an article about pit bull pensioners): 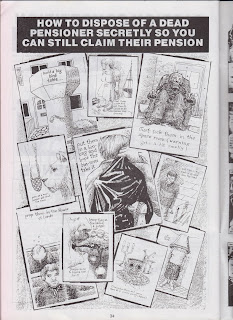 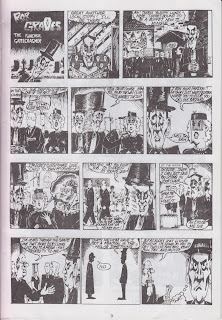 So there we go, that's Igor. Worth all the searching? Sort of, it almost has its own personality (almost) that lets it stand out from many of the other Viz clones out there, mostly down to Bill Naylor's "fine" artwork. It only ended up costing me 99p anyway, so it's at least worth that much.

Before leaving, here's something I've noticed about all of these comics - EVERYONE gets their own T-shirt, even if it's just the first issue: 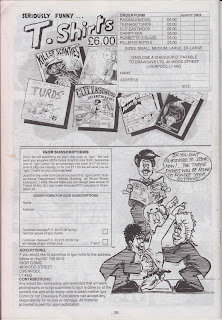