The Adventures of Miss Sapbody

Over on the Facebook group (have you joined yet? No worries if not, it's your call), BP Johnson asked about a page from an annual he used to have, which featured a "chaotic, anarchic school room scene with lots of naughty kids freaking out". Peter Gray (of Peter Gray's Comics - which now also has a Facebook thing) quickly identified it as a page from the 1987 Dandy book... And because I'm nice, here are the pages in question, and all the other related bits too. It's called The Puddlewick Playgroup, and it's unlike anything else in the Dandy at the time... 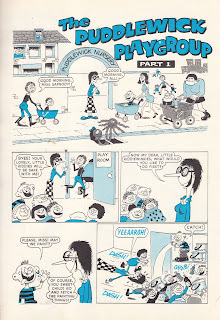 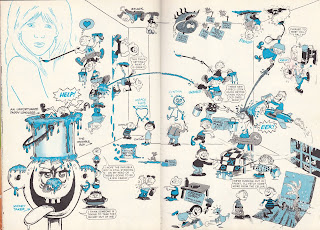 Drawn by Henry Davies, looking like something halfway between Steve Bell and Tom Paterson... the 1987 annual's full of it! Carry on below to see the rest, if you're up for it. 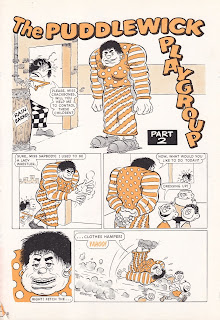 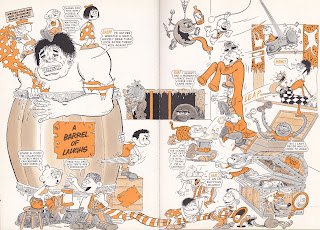 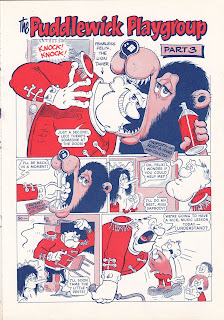 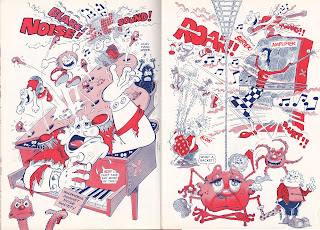 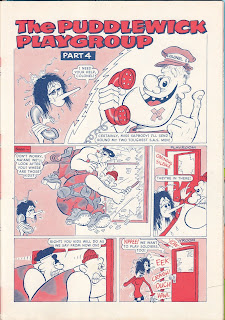 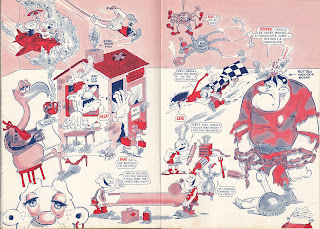 Going by what I've read on the Comics UK forum, Henry doesn't seem so popular, but you know how it is around here... Anything "different" is welcomed, right?

Here's a wee bonus thing too - from the same annual, another big splash page, this one from David Mostyn - one of the four greatest cartoonists in UK comics history (says me): 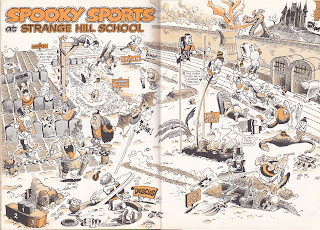 (The patient amongst you will possibly be pleased to know that I am currently scanning a load of stuff for the next "big" article... Just so you know)
Posted by TwoHeadedBoy at 11/23/2016 05:10:00 pm