Here we have it now - POSSIBLY the absolute worst out of all the Viz knock-offs. There's still a couple of contenders in my possession, and there's bound to be about a hundred and twelve others that I don't yet know about, but for now, this one's pretty dreadful. 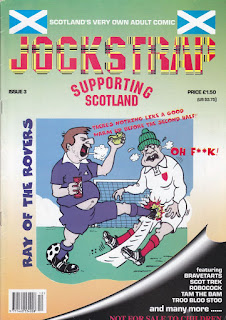 From that Scotland place, claiming to be "Scotland's very own adult comic" - no acknowledgement for the superd Electric Soup there (soon to be "covered" on this very blog).

In terms of "history", Jockstrap's a fairly late arrival to the rude comics party, being from around 1998-ish (no dates are given, but frequent mention is made of the World Cup in France - helps to pay attention to football sometimes). The paper's nice and shiny, but that's about the only praise this one'll be getting. No artists are credited either (if you could really call them that), and no jokes or structure is to be found either. Just so you know all that before carrying on...

Thematically, Jockstrap subscribes to the Smut school of humour: violence, misogyny, homophobia and xenophobia, with a fair amount of football thrown in. Or sometimes there's no "theme" at all - just some shit drawings with a few swear words thrown about, such as this one: 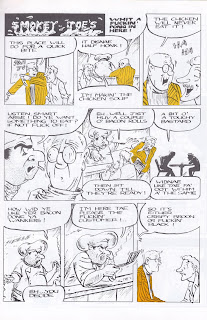 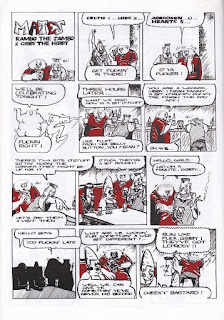 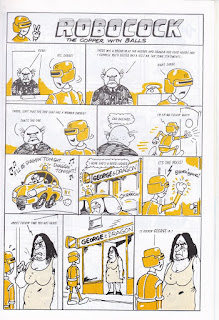 Those three strips there are the best-drawn things in the whole of Jockstrap - "Mates" in particular could've been okay if anything actually HAPPENED, but there we go. At the complete opposite end of things, we have someone who can't even draw a gate closing properly: 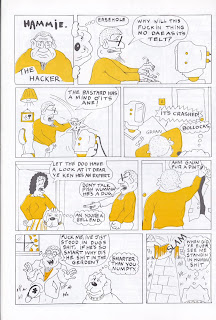 Notice how absolutely nothing at all happened in that one there? That's pretty much representative of this whole depressing mess. The paper-based equivalent of sitting next to someone on a train who can't say a five-word sentence without three of those words being "fuck", whilst gobbing a big greenie on the floor at the beginning and end of each breath. Oh wait, hold on - here's one about child murder: 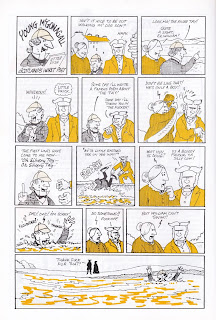 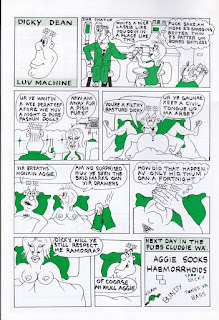 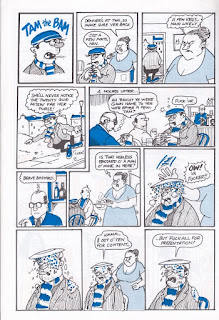 And here's those football-themed bits, admittedly a fairly rare sight in this kind of publication: 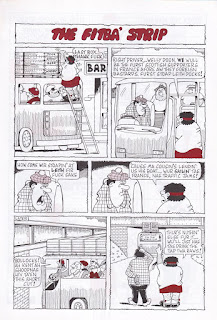 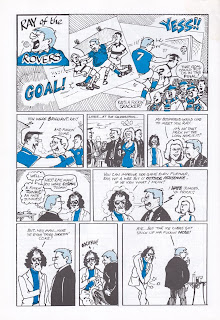 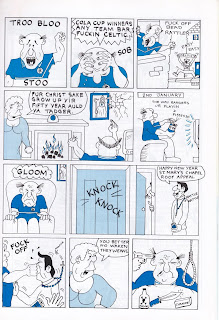 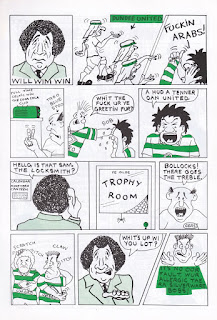 Note how, Ray of the Rovers aside, NOTHING AT ALL HAPPENS in these comics. Will Wim Win, in particular, is more like some crap jokes that were overheard in a pub, and then translated into doodles.

Just this one more piece of tripe now before looking at the one thing that makes Jockstrap that TINY bit less forgettable: 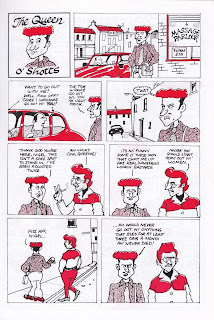 And that one thing? Well, this being a Scottish comic, there's plenty in here that boils down to "English people are tits". We have Nige & Hugh, a couple of English lads having an "adventure" in Scotland (but really it's just another shit joke masquerading as a comic): 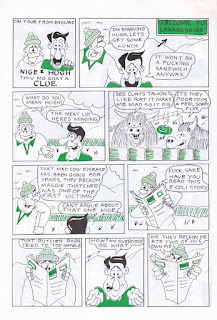 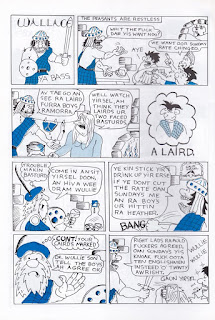 And Rob Roy, in a two-page "epic" in which nothing happens: 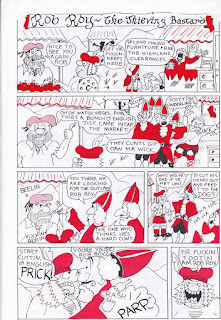 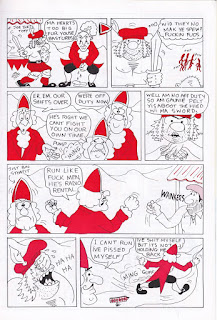 And... That's it. I really can't think of anything positive to say about this one, sorry about that. The MOST I can say about it is it's possibly the epitome of the kind of rubbish that's hinted at by Lee Turnock:

"The sad truth is, a lot of the Viz knock-offs weren't even the work of dedicated cartoonists, or people who were in it for the love of drawing and the sharing of laughter... They were the work of profiteers, or even in some cases the work of ex-squaddies, bricklayers and tyre-fitters, people who had no empathy with the world of comics and cartoonists and just wanted to squeeze a few quid out of the latest trend."

Yep, sounds about right. The fact that Jockstrap was created less than forty miles down the road from the home of the Beano and the Dandy just adds to the insult. This one's going in the bottom of the box now, never to be looked at again.
Posted by TwoHeadedBoy at 5/18/2013 12:30:00 pm