Well there's Flo on my left and Mary on my right

The last few weeks have been of the travelling variety - this time last week I was in Glasgow, my first ever trip north of the Wall, which was a lot of fun. Couldn't go to Glasgow without meeting up with that chum-of-chums, Mr. Adam Smith (you know, him from Khaki Shorts and so on). Along with himself he brought along fellow member of the Khaki Khollektive, Mr. Rob Miller, and I was given a "tour" of Hope Street Studios, owned by Jamie Grant and the former home of Northern Lightz and Wasted - much original artwork was perused over, from Miller and Smith and also Shug 90 and the indescribable John G. Miller (including an exercise book full of his stuff from when he was still in school, of a Scottish Tijuana Bible-quality, if that can be imagined). 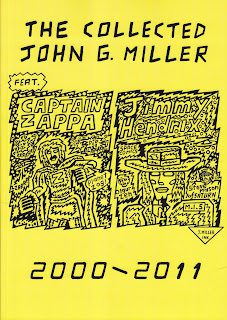 The other Miller (as in Rob), ever generous as always, gave me a few bits as souvenirs, including the hefty tome above. John Miller's stuff really is like nothing else, and there's three big collections of his stuff available from Braw Books - go and seek! Think I've got nearly everything they've published now, whoops.

Also in my goody bag was The John G. Miller Scrapbook... 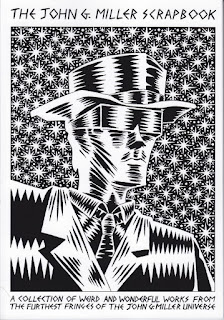 As if his comics aren't nuts enough, this is a collection of clippings, ramblings, rantings and imaginary (or not?) newsletters: 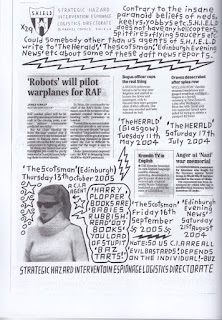 Finally, from the Miller called Rob, there's this: 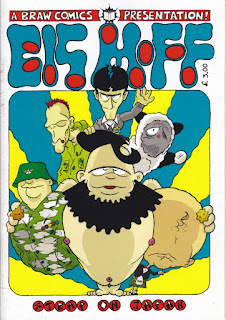 Big Moff - Strap On Japan, telling the tale of Aidan Moffat and Malcolm Middleton (of Arab Strap fame) on their farewell tour of Japan... If you've any idea what all the references mean, you'll "love" this one: 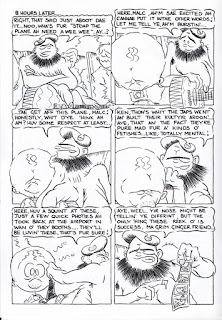 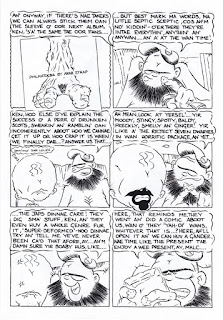 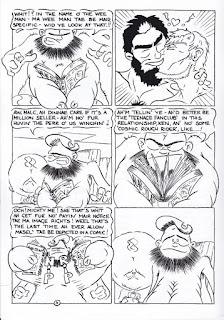 The whole thing's one of the funniest books I've read in ages, had me giggling all the way back to Merseyside, so it did. As did this attractive looking pub situated opposite Hope Street Studios: 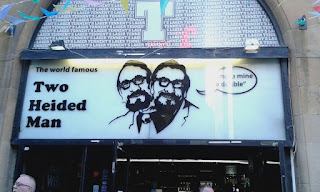 From Hope Street, we trekked across town to the Briggait, home of Wasps Artist's Studios, where we had pizza and beer and met three more Scottish folk and one Canadian. One of them pulled a big pile of papers from a drawer and handed them over for perusal purposes - top of the pile being this nice bit of original Dudley D. Watkins Oor Wullie-based fun: 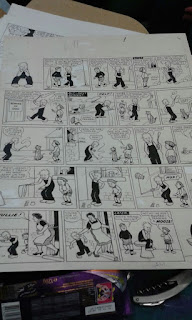 The rest of the pile (hundreds and hundreds of bits of paper) was all original Frank Quitely stuff - he's a bit of a "big deal" nowadays what with all his X-Men, Batman and Superman shenanigans, but all the stuff we were looking at was from the GOOD kind of comics, including tons and tons of his stuff from Electric Soup - including one of my all-time favourite comic pages (scan from Electric Soup shown here, not the original): 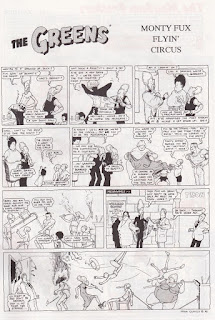 It was only as myself, Miller and Smith were saying our farewells before going our separate ways that they thought to mention that one of the guys we were sitting with was Frank Quitely himself... So at least I didn't show myself up being all "I love your work!" and so on, hey hey!

A couple of weeks BEFORE Glasgow, I found myself working the floor at the Manchester Film & Comic Con, where I first met a Mr. Gary Whitlock (of Acne, Gutter and Adroit fame - my issue of which I shamelessly brought along for him to sign) - from Gary I got one of his new books, Creatures of the Weirdieverse: 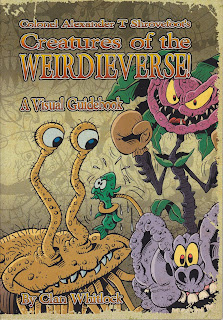 From Whitlock's Monkeyhound Studios, it takes its inspiration from Ken Reid's Creepy Creations and World Wide Weirdies, and my current favourite amongst Gary's lot is this one: 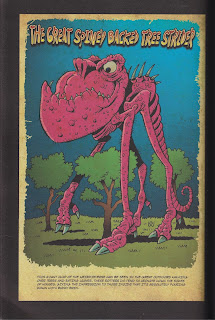 Later on in the day, I met Mr. Lew Stringer, who's been in most comics by now. An affable chap, he already knew my name which threw me a bit, and I felt a bit "special" when both Lew and Gary said that they read this blog thing here (hello you two!), so that was a nice chit-chat. From Lew, I got one of his new books, Brickman Begins: 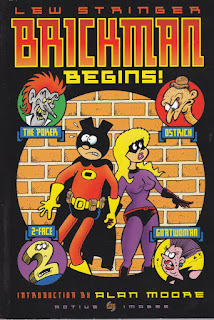 Being a "digest-sized paperback", I can't fit this one under my scanner without wrecking the book, but it's definitely worth "getting" - there's a few new comics in here but it's mostly a compilation of all of Brickman's appearances from 1979-2005, from the pages of such publications as Fantasy Express, After Image, Metamorph and various small-press things, plus guest contributions from the likes of Mike Higgs, Hunt Emerson, Kevin O'Neill, Ian Churchill, Dave Gibbons and so on... I like it muchly, I do.