This lot are definitely NOT child- or work-friendly, so be aware...
First up, and just to get them out of the way, are two strips from Pulp, a mostly-terrible comic aiming to cash in on the success of Viz. 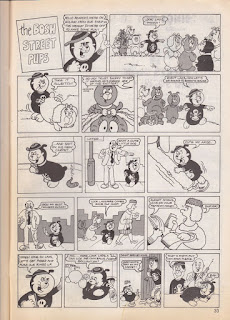 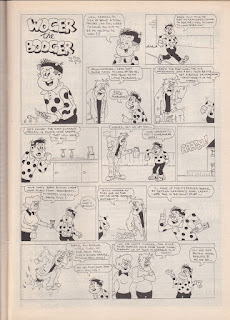 Oh, my sides! and so on. Sniffy "getting it wrong" gave me a chuckle, mind. I don't know who drew those, and I don't particularly care either.

Next up is another thing from an "adult comic" - this time from Elephant Parts (which is definitely a lot more readable than many of the others, mostly due to the involvement of Kev Sutherland and Phil Baber). It's a "political" take on the Bash Street Kids, by Mike Cook. 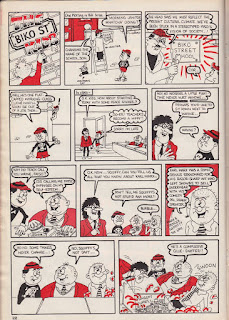 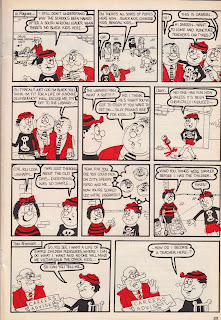 And finally, from the very same issue of Elephant Parts (Volume 3, Number 5 for those that care) is this take on the Numskulls. Still classed as Beezer characters at the time of publication, but they made their way to the Beano by 1993, so this sort of counts. 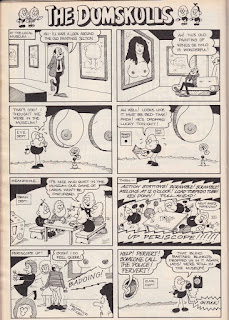 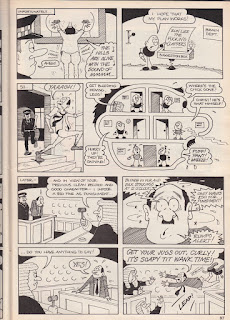